Tamera Mowry-Housley is ready to tell her full truth. The actres and ex-talk-show host is letting her guard down in her new memoir, YOU SHOULD SIT DOWN FOR THIS: A Memoir about Life, Wine, + Cookies, and being frank about her transition in the public eye from child star to talk show host and back into acting.

Starting her life in a teenage star on a wildly popular sitcom and evolving into a grown woman with a family and thriving career wasn’t easy for Mowry-Housley. But with faith and strength, she was able to learn to push past insecurity, ignore the negativity, and hone her own happiness to create a unique path forward for herself. The actress wants this book to feel like an afternoon of spilled tea and sipped wine between old friends who’ve lived a lot of life and have ample juicy stories and life lessons to share between them.

ESSENCE caught up with Mowry-Housley ahead of her book’s October 4 release date to get the scoop on what readers should expect when perusing her pages, and what she learned while sharing her full, unedited story.

So, why now? What made this the perfect time to pen your memoir?

TAMERA MOWRY-HOUSELY: “Because I had experienced and lived enough life to do so. The first time I truly ever believed and realized that my voice actually matters and that there is an audience that wants to hear it, was when I was doing The Real.

For at least three years, every single time I heard ‘This Is Our Time,’ I thought I was going to throw up! I wasn’t used to speaking my voice. I always spoke others’ words. As an actress, I would speak whatever is on that page.

I did speak in church. I always spoke about my faith. That was easy. But I never spoke about my life, or lessons that I’ve learned other than my faith. Not my dating life, my sexual life, or my opinions on other people. It was very new and daunting for me. but in that process, I realized: ‘Whoa. I actually do have something to say and I shouldn’t be afraid of it.’” 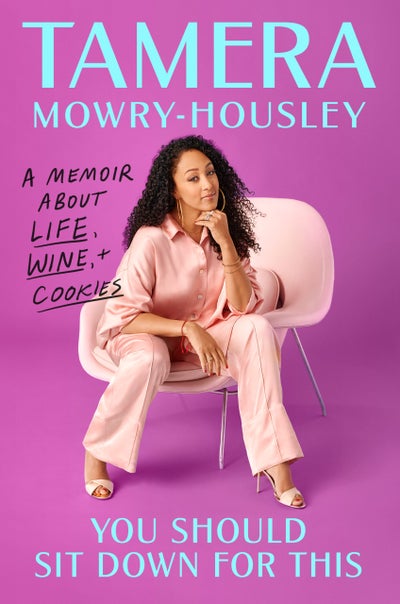 “What I love about being a twin is that I have that built-in best friend. I have my sister by my side no matter what. But at the same time, I realize now it’s my turn to tell my story. The other half.”

Did you have any anxiety about baring yourself so fully to your fans in this manner?

MOWRY-HOUSELYZ; “Absolutely! And that feeling wasn’t foreign to me because it’s what I experienced on The Real. Every day I was exposing something of myself, and there was a tagline about it, whether I wanted it to happen or not. But I realized the power of being vulnerable, and what I mean by ‘power’ is that
that’s when you resonate with people. For me, I don’t do things just to do them. Not for self-glorification. That never felt comfortable.

The core of what I do is I always want to encourage, inspire. I’m not just saying things to hear myself talk.”

What do you think will catch readers off-guard about your truth?

MOWRY-HOUSELY: Well, see, this is the thing. I am a woman of faith, I love God, but I’m also a very sensual human being. And there’s nothing wrong with that! I enjoy sharing that aspect of my life with my husband and in my marriage. Now, I’m not kinky. That’s not what I’m saying here. I’m saying I love connecting with my husband on that level, and I think it’s very important, especially when you have been married for a long time. Because women in your 40s, it gets stronger, and I think we deserve that. I think we deserve to be loved, to be cherished, and just because you have kids and you’re married, there’s no reason to let that go.” 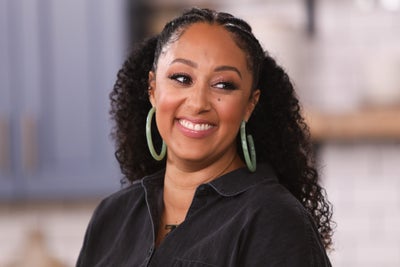 What part of your story was the hardest to commit to the page?

MOWRY-HOUSELY: “I think it’s when I talk about my insecurities, about what I went through being on a talk show and exposing those insecurities, and how there are some people that just aren’t for you. Even though I love people in general, that is my strength and my weakness, but at the same time, I think I was sheltered for so long being a childhood actress, just going to college and then jumping into marriage and having kids. I wasn’t aware and I wasn’t prepared for people finding you and just saying horrible, mean things that couldn’t be further from the truth.

There are instances in my life where I’m like, ‘This shouldn’t bother me,’ but at the same time, you’re human. And I was not prepared for that aspect of being on a talk show, so I wanted to talk about it. It can be very toxic. It was rough, I’m not going to lie, and you have to be strong and you have to act like you don’t see it or you hear it.’

What do you think you learned about yourself while writing about your life experiences?

MOWRY-HOUSELY: “I’ve always known that I was strong, but looking back, wow. Wow, that is definitely a gift of mine. The fact that I didn’t quit, I’m shocked.

Sill staying sane and happy and a loving person, never let what people say to you define who you are – that’s what I talk about in the book, and to know who you are as a person and never let them change who you are.

YOU SHOULD SIT DOWN FOR THIS: A Memoir about Life, Wine, + Cookies is available at book retailers everywhere today.