You might remember the hits from British outfit The KLF – between 1988 and 1992, they had global success with 3am Eternal, What Time Is Love and, as the Time Lords, Doctorin’ the Tardis, for a time becoming the biggest-selling singles act in the world – but what you may not know is that the duo, former music manager Bill Drummond and artist and musician Jimmy Cauty, were never actually a band. Well, they were several bands – The KLF (which stood for The Kopyright Liberation Front, although this changed several times), the Justified Ancients of Mu Mu, and the JAMs. 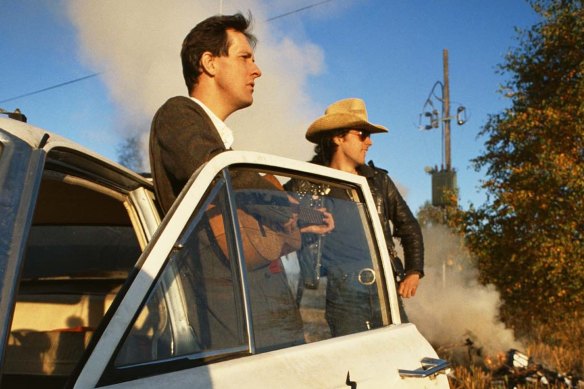 Bill Drummond, left, and Jimmy Cauty, with their car Ford Time Lord, in the documentary Who Killed The KLF?

But really they were agents of chaos, guerilla pranksters undermining the art world, the media and the music industry, ridiculing the establishment while becoming household names. They adopted a philosophy from a series of esoteric 1970s novels, The Illuminatus! Trilogy, baited the music press (who mostly loved it), and pioneered stadium house music and music sampling.

This documentary, which took BAFTA-winning director Chris Atkins more than a decade to make (the project was put on hold when Atkins was sentenced to five years’ prison for tax fraud; a whole other story), tells the story of the duo’s bizarre career, from mixing samples of big-name bands in Cauty’s squat to their crazed appearances on Top of The Pops, US chart success, and, in 1992, winning the Brit Awards for best band, to their equally controversial exit from public life.

Their career ended spectacularly in 1994 when they deleted their entire musical catalogue (which they owned and distributed themselves, a rarity in those days) and then set fire to £1,000,000, which they said was their remaining money. While many of their stunts were public – showering dancers at a rave with the cash they were paid; upstaging the 1994 Turner Prize by awarding winner Rachel Whiteread, “worst artist of the year” and a £40,000 cash prize (double that of the Turner); publishing a how-to guide to becoming a pop star, The Manual (which Austrian techno outfit Edelweiss followed to the letter and had a massive European hit single) – for the money burning, which took place on a remote Scottish island, they invited one music journalist to witness it. 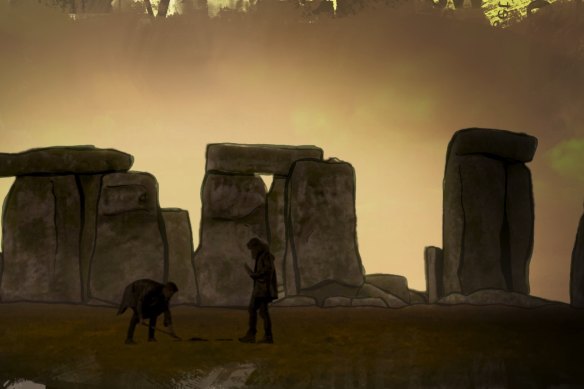 A re-enactment of the KLF burying their Brit award near Stonehenge, from the doco Who Killed The KLF?

Then they disappeared. Brown wrote about the odd stunt, which divided people; was it brilliant, or was it an obscene waste of money? It seems Drummond and Cauty were – and still are – just as baffled.

While this doco is reportedly “unauthorised” – Atkins uses actors for re-enactments, alongside archival footage and new interviews with some of their peers – it’s held together by “never-before-heard” audio of Drummond and Cauty which was apparently “gifted” to Atkins by an unnamed source.

Atkins says the pair initially tried to stop the doco, but I’m not entirely convinced Drummond and Cauty weren’t involved. The extensive audio from the pair ranges from fascinating insights to some suspiciously Spinal Tap-esque moments.

Authentic or not, it’s a brilliant, wild ride, and there’s much more to their story than we can fit here. Drummond and Cauty – these days both what might be termed conceptual artists, and Drummond an author of several books – were art terrorists before anyone had heard of Banksy, punk disruptors who inadvertently became electronic dance music progenitors, and arguably the best performance artists of their time.