Just three years ago there were about 500,000 podcasts. Now, there are more than two million. We’ve all got the favourites we’ve been following for years, shows that manage to keep sounding fresh and interesting. But what about the podcasts that only hatched this year? There were dozens of newbies that were earbud-worthy – here’s a handful of the very best from 2021.

In Ireland’s remote West Cork, they simply refer to it as “the murder”. In 1996, the dead body of 39-year-old French TV producer Sophie Toscan du Plantier was found near her holiday home. The crime has never been solved. But many people think they know who did it – an attention-seeking journalist named Ian Bailey. He is certainly a strange and unsympathetic character and he has a history of abuse towards his partner, but was he the killer? Husband-and-wife team Jennifer Forde and Sam Bungey started digging for this podcast and what they found was a bungled police investigation, unreliable witnesses who kept changing their stories, and a cast of small-town characters so filled with contradictions, secrets, prejudices and hidden agendas that the series unfolds like a great crime fiction story. Originally only out on Audible, in 2021 West Cork became freely available and immediately earned comparisons with Serial as one of the great true crime podcasts. 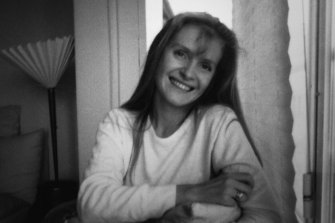 The 1996 murder of French film producer Sophie Toscan du Plantier is the subject of the podcast West Cork.Credit:Netflix

Welcome To Your Fantasy

You know all about Chippendales, right? It’s just a kitsch but pretty harmless all-male strip revue filled with buff, oiled-up blokes, aimed at hen parties and girls’ nights out. Well, prepare to have your mind blown. As historian Natalia Petrzela discovered when she started investigating for her podcastWelcome To Your Fantasy, it’s a story filled with toxic rivalries, arson, hitmen, and ultimately murder. She focuses on the two founders of the company, the odd couple of Indian immigrant Steve Banerjee, a socially awkward stutterer, and Nick De Noia, a director who had won an Emmy for children’s TV show Unicorn Tales. Both men were desperately ambitious, and they turned Chippendales into a multi-million-dollar industry spanning multiple clubs, national tours, shopping mall appearances, calendars, a workout video and regular spots on daytime talk shows. But then jealousies and power plays took over, with deadly results. Petrzela also interviews former dancers, now men in their 50s and 60s, who turn out to be extremely conflicted about their past. 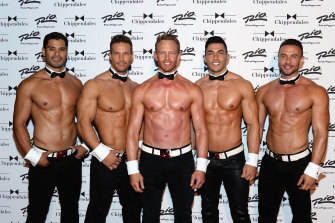 In the Latino world Selena Quintanilla was a God. Like Madonna, Beyonce and Cher, she didn’t need her surname. Selena was a superstar, turning the Tex-Mex style of music known as Tejano into a global phenomenon. So, when news started filtering out on March 31, 1995, that the 23-year-old had been fatally shot by the president of her fanclub, her fans went into mass mourning. One of them was Maria Garcia, who is now managing editor at radio station WBUR in Boston. On Anything For Selena she peels back the layers of who Selena was and what she represented. She devotes one episode to a notorious Howard Stern radio show where he mocked Selena and her fans. In another, she focuses on how Selena helped make Hispanic women proud of their body shape, especially when Jennifer Lopez scored the breakout role of her career in the Selena biopic. 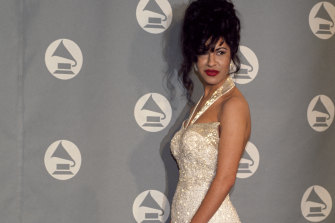 Selena Quintanilla picked up a Grammy Award in 1994.Credit:Larry Busacca/Getty

Stay Away From Matthew MaGill

When podcaster Eric Mennel dug through the contents of a box owned by a dead man he’d never met, little did he know he would start questioning his family history. Matthew MaGill was a cranky, eccentric loner who told tall tales about his past. The more Mennel uncovered about him, the more bizarre the story became. For a start, Matthew MaGill turned out to be a pseudonym. His real name was Dorr Watkins, and he changed his identity because he was sure the FBI were after him following his involvement in importing stolen luxury cars to the US. He really was married to a famous actress, as he’d always maintained, and they lived in New York and owned a pet monkey. But the podcast takes an unexpected turn when Mennel visits MaGill’s brother and has a moment where he realises his own hopelessly fractured family has secrets that need confronting. What he discovers about those closest to him, and then how he confronts them and tries to make them heal, becomes the heart of the story. 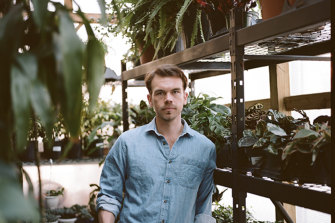 Everyone knows what happened on September 11, 2001. But what about the day after? That’s what Dan Taberski set out to explore in 9/12. Each of the seven episodes looks at a person, or a group of people, whose lives were changed. There’s the cast of a reality TV series who were on a ship in the middle of the Timor Sea, with no access to the outside world, blissfully unaware of what had happened. There was the staff of satirical newspaper The Onion, which launched in New York the night before 9/11, then had to question how you could make jokes about the tragedy. And there are individual stories, like the Pakistani store owner in Brooklyn who sees many of his neighbours disappear, and the follower of the Grateful Dead who had spent the previous six months studying Islamic fundamentalism and deciding to adopt it in his life. Taberski, who had previously made a podcast about the Y2K bug, is adept at taking on world-changing events and finding the human stories within them.