The Hawkeye finale featured an epic showdown on New York City’s iconic Rockefeller Plaza ice rink. But believe it or not, all of the Marvel series’ thrilling Christmas tree scenes were filmed somewhere else entirely. 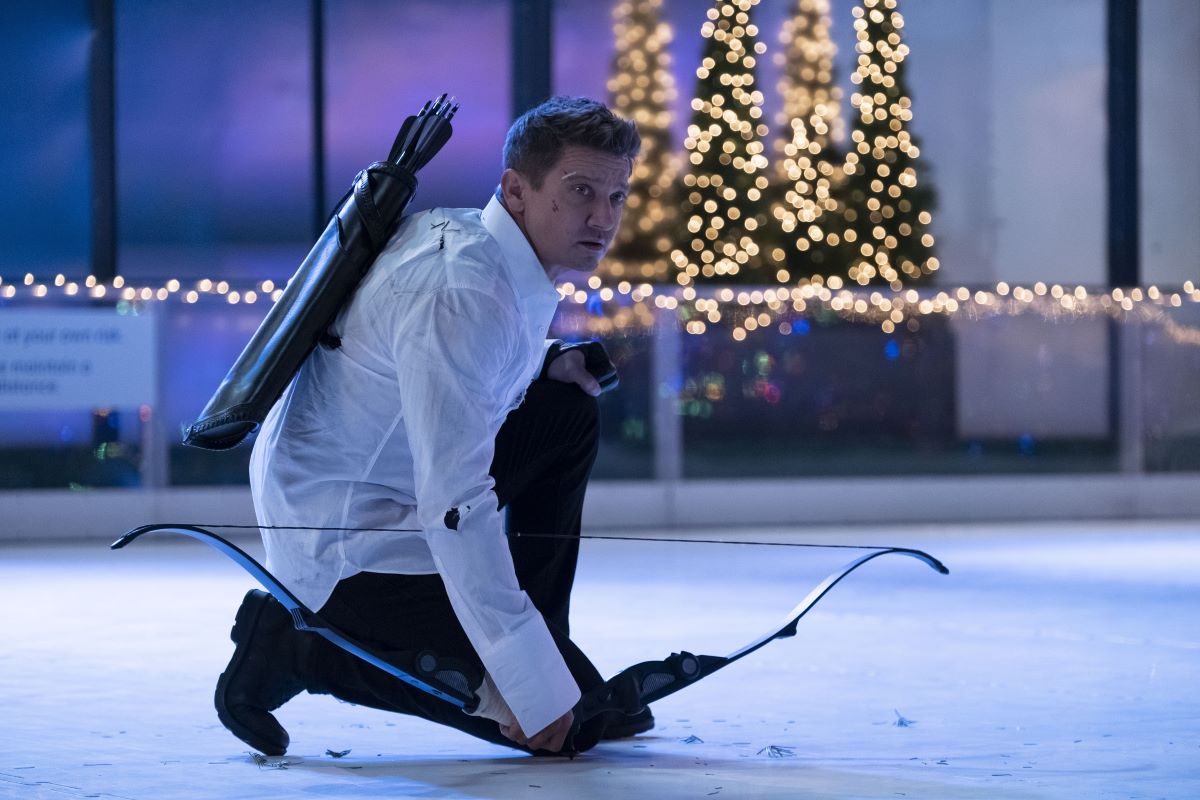 The Hawkeye finale finds Clint Barton (Jeremy Renner) and Kate Bishop (Hailee Steinfeld) at Eleanor’s ( Vera Farmiga) swanky holiday party in Manhattan. As the Tracksuit Mafia descends with gunfire, the heroes take the fight outside. While trying to zipline away from the building, Clint ends up dangling from the Rockefeller Plaza Christmas tree.

To bring him down, Kate uses her arrows to snap the tension ropes holding the majestic tree in place. And as soon as the ties are cut, the tree topples over onto the ice skating rink below.

Then on the ice, the two take on dozens of Tracksuits with their trick arrows. While Kate heads out to battle Kingpin (Vincent D’Onofrio), Clint fights and then reconciles with Yelena (Florence Pugh) on the ice.

The Rockefeller Plaza scene was filmed down south

The Rockefeller Plaza scenes in Hawkeye Episode 6 were spot on. But as it turns out, the iconic New York City landmark was recreated on a set in Atlanta.

“Walking onto the backlot [in Atlanta], which was essentially just a bunch of shipping containers on a parking lot just in the middle of nowhere and seeing this thing emerge,” executive producer Rhys Thomas told Marvel.com. “It was crazy. The level of detail on the street is down to the weathering on the granite and the fake granite walls.”

Thomas noted that the original plan was to recreate a small part of the rink. But he said that eventually showrunners decided to build the entire structure.

“Initially I remember there was this idea where maybe we just need a portion of the ice rink…then you start looking at the sequence and it’s like no, we needed the whole thing,” Thomas revealed. “We built the ice rink and the whole bottom level of Rockefeller Center. It was one of the most thrilling things; I’ve never walked onto a set like that.”

Thomas told Marvel.com that the Christmas tree Clint got stuck on was a true-to-size replica that actor Jeremy Renner dangled from in front of a blue screen. And he noted that at one point, after the tree was prematurely cut and trashed, the crew had to dumpster dive to bring it back for more filming.

“It was just the funniest thing because it was wishful,” Thomas said. “We were like, ‘we hope it’s still in the dumpster!’ That was the message I got when I said I needed to do a little bit more and someone just dragged in this old tree and it suddenly became something.”

“It was pretty funny, [but] I was embarrassed,” he admitted. “I was like ‘OK, Jeremy you have to stand here [with this] crappy piece of tree, but he had fun with it.”

Hawkeye art director Maya Shimoguchi told the outlet that the tree topper was a replica created from a 3D model. And while it didn’t feature every detail, she noted that it was to scale.

“We simplified it a little bit because it is so complicated that there’s no way we could exactly replicate it. But it was still a very large build and very, very complicated,” Shimoguchi recalled. “There is an insane number of crystals that are built into the real, actual ornament. We skipped that.”