L is for the way you look at me … when you dropped the L-bomb at the wrong time. Over the years, several Bachelor and Bachelorette stars have turned the word “love” into a cringey moment for viewers.

Luke P. Comes On Too Strong
Days after meeting Hannah Brown on season 15 of The Bachelorette, contestant Luke Parker couldn’t help but confess his love for the Alabama native.

“I can’t believe I’m saying this right now — this is so crazy because it’s so soon — but I can’t hide it. Hannah, I’m genuinely starting to fall in love with you,” Luke said on the May 2019 episode. While Hannah seemed delighted, viewers at home were concerned. 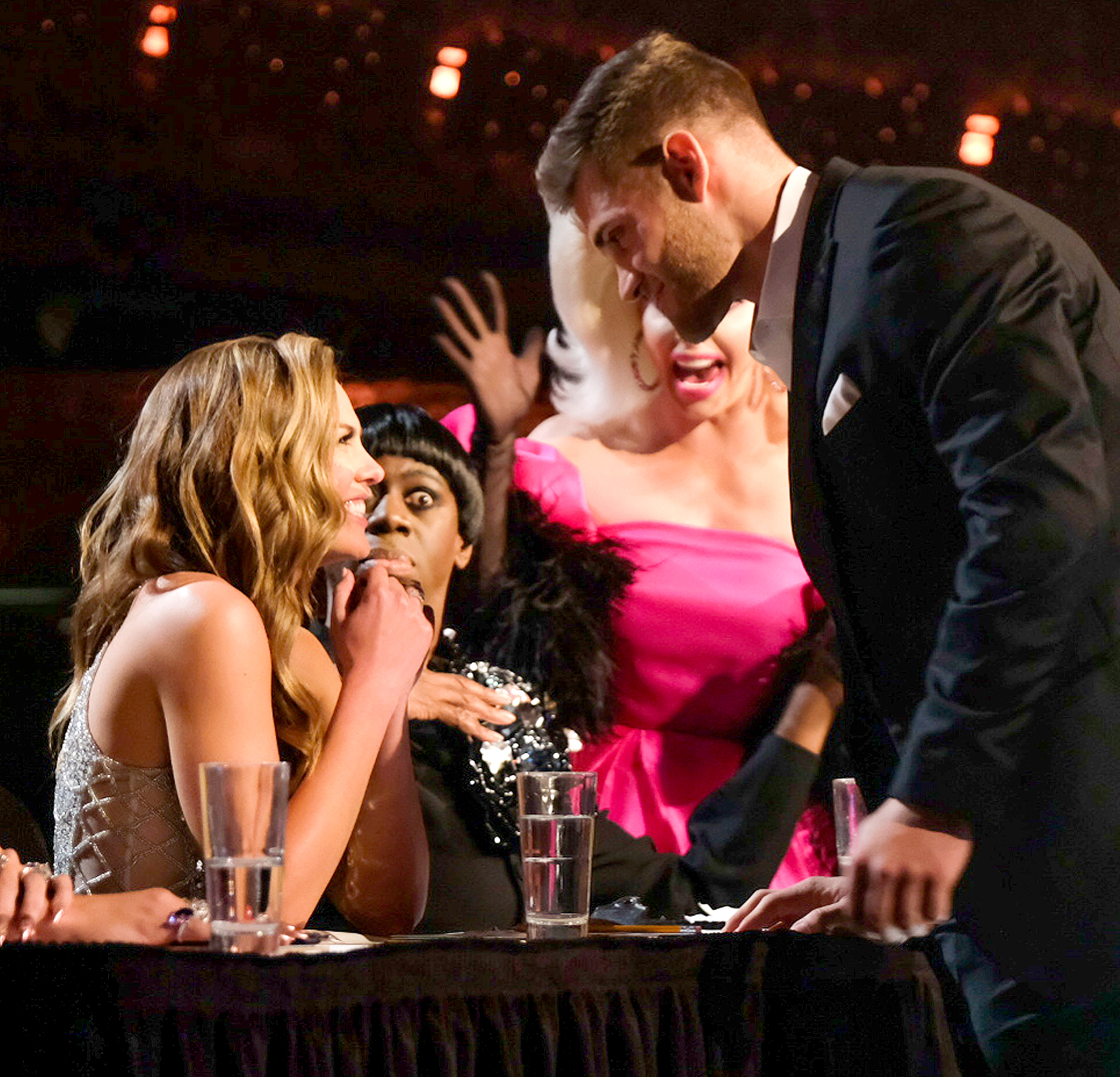 Ben Drops L-Bombs With Both Lauren and JoJo
Ben Higgins turned heads when he was the first Bachelor to tell both of his final two women — Lauren Bushnell and JoJo Fletcher — that he was in love with them.

After the episode aired, the Bachelor season 20 star told Us Weekly that he wouldn’t change his actions if he had the chance. “It wasn’t like I didn’t know I had feelings for them, but I think once I heard that from them, and I was validated in that, [and] I could say openly to them, ‘Hey, I love you, too’ — we all needed it,” Ben said at the time. “We all needed to hear where we stood because I think we all knew it, but it just needed to be said.”

While Ben ultimately proposed to Lauren, the twosome called it quits in May 2017 after more than a year together. JoJo, meanwhile, went on to star as The Bachelorette — and only said “I love you” to winner and current fiancé Jordan Rodgers.

Becca Smells a Fake Love Confession
Becca Kufrin called BS when Bachelorette season 14 contestant Jean Blanc said he was “falling in love” with her a few weeks into the season. After Becca revealed she didn’t feel the same way, the colognoisseur confessed he was just telling her what he thought she wanted to hear.

Juan Pablo Doesn’t Love Clare, But He Does Love …
After Juan Pablo Galavis sent Clare Crawley home during season 18 of The Bachelor, he allegedly whispered in her ear that he didn’t love her, but loved having sex with her. Clare exposed the former soccer player before she went home, telling the camera, “It’s easy to just kiss and show your feelings, but don’t tell me that you love f—-king me.”

Colton Says ‘I Love You’ — But Cassie Leaves Anyway
Colton Underwood fought hard to convince Cassie Randolph to stick around during season 23 of The Bachelor — even telling the grad student that he was in love with her several times. Despite the confession, Cassie still opted to leave. A fence jump and two quick eliminations (sorry Caelynn Miller-Keyes and Tayshia Adams) later, Colton reunited with Cassie and the twosome agreed to continue dating.

For even more love confessions — including Andi Dorfman and Nick Viall’s awkward After the Final Rose exchange — watch the video above!