Thamlidomide, a drug used to ease morning sickness in pregnant women, was withdrawn in the UK in 1961. It had been on the market for four years, but finally it had been established that it was responsible for babies being born with deformed or missing arms or legs.

I was 11 at the time and horrified at the impact it had. After a long struggle, compensation was awarded to parents who desperately needed financial help.

Some ten years later, in 1972 and 1973, the safety or otherwise of a new drug was discussed on multiple occasions. It was called sodium valproate and had been found to be effective in controlling epileptic seizures. The committee assessing the medication found it was ‘liable to produce’ abnormalities in the foetus but ‘the risk appears to be low and not sufficient to justify stopping its use’.

Women were to be prescribed the drug if necessary, not warned of any potential risk, and there would be no leaflet explaining possible side-effects in the packets. Doctors would be warned, but not the women whose foetuses might be affected. 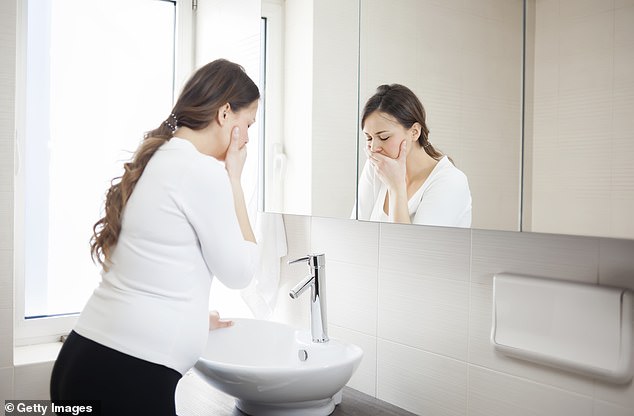 Jenni Murray speaks about what was learned and what wasn’t from the thalidomide scandal 50 years ago. The drug was given to pregnant women suffering from morning sickness but it was found to harm the foetus

Now, according to a Sunday Times investigation, 50 years after the first hints of danger to foetuses were revealed, 20,000 babies have been left with life-changing d­isabilities and the drug is still prescribed to women.

Was nothing learned from the thalidomide scandal? This isn’t a case of one missed opportunity. In the early 1980s, reports appeared of babies, whose mothers had taken the drug, being born with abnormalities. Questions were asked in medical journals and even in the House of Commons. But nothing was done.

The Committee on Safety of Medicines asked the manufacturer, Sanofi, to write to doctors but it still stopped short of requiring doctors to tell women about the risks. (Sanofi says it has complied fully with its regulatory obligations, including the provision of product information to healthcare professionals and patients.)

In 2010, on Woman’s Hour, I discussed the plight of mothers who intended to sue the manufacturer over their damaged children. Their legal effort collapsed after cuts to legal aid and doctors continued prescribing sodium valproate.

Ten years later, I spoke to Baroness Cumberlege, who had been asked to carry out an inquiry into the drug. She concluded that the Government had an ‘ethical responsibility’ to provide financial help to families for the cost of care. So far, no compensation has been forthcoming.

Even more unbelievably, the drug is still being handed out in a plain white box with no patient information leaflet warning of any risk. According to data published last month, sodium valproate was prescribed to 247 pregnant women between April 2018 and September 2021. 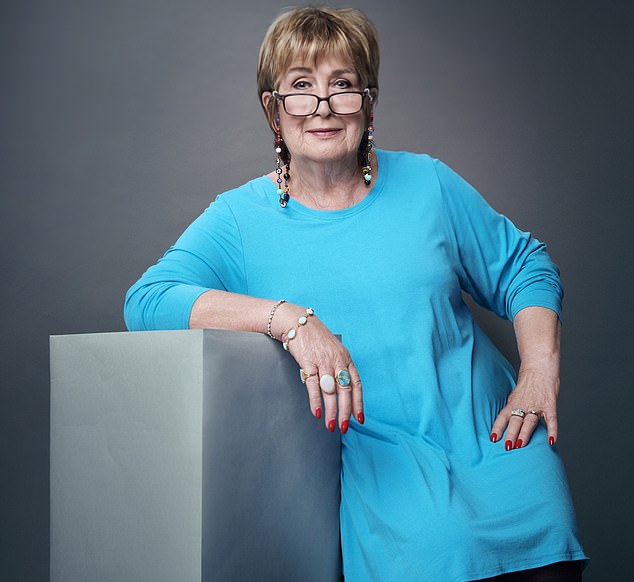 Jenni (pictured) witnessed how hard it is to raise a child damaged by thalidomide. A 17-year-old she met while reporting on the disaster in Leeds had no arms

Is the NHS really as paternalistic as it was in the 1970s, believing women are too stupid to make an informed choice and should just do what doctors tell them to do?

Patricia Alexander had no information that would give her the possibility of informed choice. She was given a pack of sodium valproate in January this year. It states on the front that ‘if you are pregnant or plan to become pregnant, you must speak to your doctor about taking the medication and read the leaflet for more details’. ‘But there is no leaflet,’ said Patricia. ‘There is nothing in the box but 22 tablets. It makes me so angry.’

Patricia has two children and while pregnant in 2000 and 2009, was advised to continue taking a high dose of sodium valproate. Her concerns about its safety were dismissed by doctors. No wonder she is angry as she struggles to raise her children, one of whom walks with crutches, while the other can’t stand or walk normally.

Years ago, I witnessed how hard it is to raise a child damaged by thalidomide. A 17-year-old I met while reporting on the disaster in Leeds had no arms. Her parents had to be cruel to be kind — they left her to struggle alone until she learned to use her feet as effectively as I could my hands. She offered us tea at her home. We assumed her mother would bring it, but no, she came through with a tray loaded with teapot, milk, cups and saucers. She carried it with one foot, not spilling a drop.

But not every severely disabled child whose limbs are damaged or who has learning difficulties or autism because of sodium valproate will achieve such independence. No parent should be left without help, emotional and financial, to raise a child who may not ever be able to help herself.

Thalidomide was banned for use in pregnancy. Compensation was paid. The victims of sodium valproate are no less deserving of exactly the same assistance, and the concerns of women with epilepsy who may become mothers must never be brushed aside. Informed consent should be the watchword of all medical care. It’s time those paternalistic doctors got the point.

Canoe wife Anne should never have been jailed 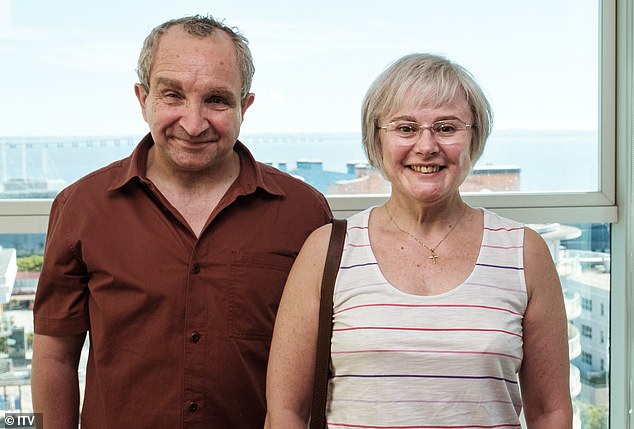 Pictured: Monica Dolan as Anne Darwin and Eddie Marsan as John Darwin. Jenni says that the police, press and judiciary were not kind to Anne Darwin when the details of her husband’s insurance scam were revealed in court

The police, press and judiciary were not kind to Anne Darwin when, in 2008, the details of her husband John’s insurance scam were revealed in court. She was described by police as ‘despicable’, ‘a compulsive liar’, and in the media as a ‘bad mother’.

John’s crimes — faking his own death in his canoe, hiding in the house next door until he was officially declared dead, obtaining a passport under a fake name — all to defraud the insurance company of £250,000 — were treated as a bit of a joke.

It was a relief to see the detailed exposition of the story in the ITV series The Thief, His Wife And The Canoe, starring Eddie Marsan and Monica Dolan (pictured). It’s clear the thief was John, who planned the entire fiasco. A court in 2022 would have had no doubt his wife had been bullied and coerced into breaking the law.

We now have a law that would surely have absolved her of any wrongdoing. In 2015, section 76 of the Serious Crime Actcreated the offence of controlling or coercive behaviour in an intimate or family relationship.

Anne Darwin was dominated psychologically by her husband. Yes, she did wrong, but surely a suspended sentence for her would have been appropriate. 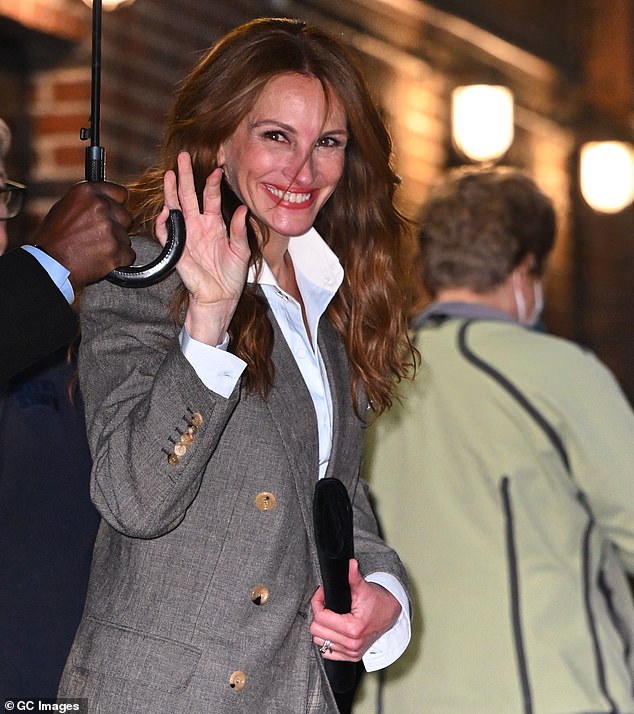 Julia Roberts (pictured) has stepped back from stardom to raise her three children. But Jenni argues that she has never had to worry about paying bills

Don’t give up your name, girls!

I’m not at all surprised that more and more couples are going for double-barrelled surnames. I was Jennifer Bailey, married Brian Murray and have deeply regretted giving up my own identity. It could get a bit complicated, though, when the Johnson-Smith kids marry the Jones-Watsons. But why should it always be the woman who is expected to compromise?

My rush to get Ukrainian family out of Lviv 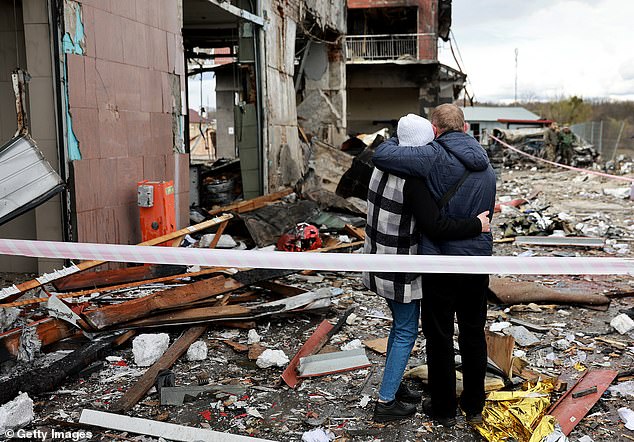 I wrote last week of my Ukrainian guests, Zoryana and Ustym, living in what appeared to be the relative safety of Lviv. We now have visas and their flights are booked for next week, but on Monday night came a shocking text from Zoryana. ‘It was a desperate day — full of emotions and fear. Five dead, 11 injured, 40 cars destroyed. They really want to destroy us — the Western part of Ukraine. I can’t understand why. It is said the next two to three weeks will be the hardest. Hope everything will be OK. Just a few days left.’

What could I reply except, ‘Soon you will be here and safe.’ I hope I’m right