Orange Is the New Black will be stepping outside of prison for its seventh and final season. Netflix just revealed when the highly anticipated final season of its longest running series will premiere, and also shared a first look at what the farewell has in store. The Orange Is the New Black final season premiere date is only a couple months away, so start getting ready for a big, emotional goodbye to all of the Litchfield inmates that we have come to know and love over these past six years.

The previous season of Orange Is the New Black saw the show making a drastic shift in terms of setting, as the inmates of Litchfield Penitentiary are all transferred to a maximum security prison after the staging a massive riot. And the final moments of the season set up another big change for the show’s seventh and final season, as Piper is released from prison after staging a prison wedding with Alex. Along with confirmation of the new season’s premiere date, Netflix also released a batch of photos from the upcoming farewell season that show Piper out in the real world for the first time (not counting flashbacks). The photo of Piper confirms that the final season will follow Piper’s transition back into civilian life, which promises to be a whole new struggle for her after acclimating to life behind bars. 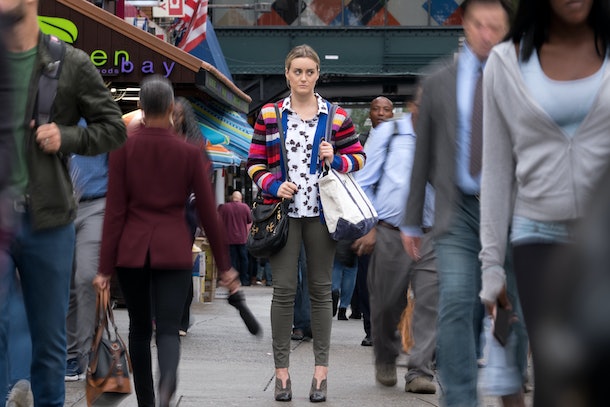 After Season 6 aired, Taylor Schilling stated that it will be important to see Piper’s transition to life outside of prison in contrast to the stories of her fellow inmates Blanca and Taystee in the show’s final season. While Piper was given a free pass to return to her life in the Season 6 finale, Blanca was unexpectedly detained by immigration upon her release and Taystee was subjected to a life sentence for a murder she did not commit. Schilling pointed out that the privilege Piper benefits from will be a large focus of her story in this final season.

The rest of the new photos show what life is like back at the maximum security prison. New shots show Daya and Taystee shaking hands, Pennsatucky taking some sort of written test, Nicky and Red looking very despondent in a van, and Alex sneakily using texting on her hidden phone, suggesting that she is still involved in the shady smuggling schemes that go on in the prison. 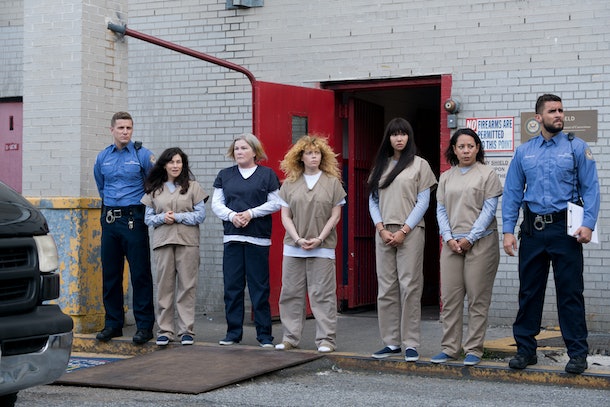 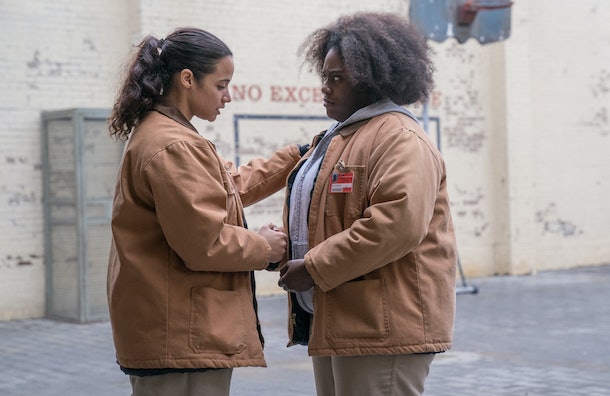 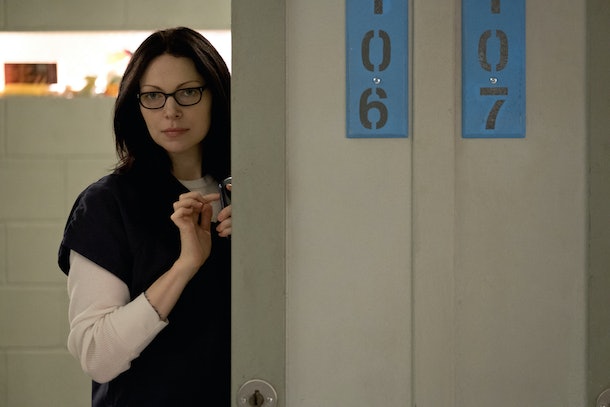 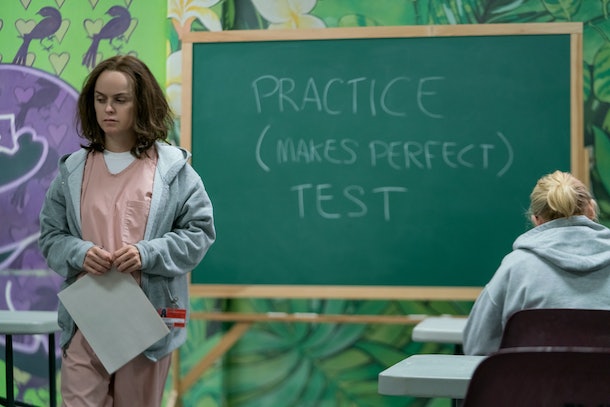 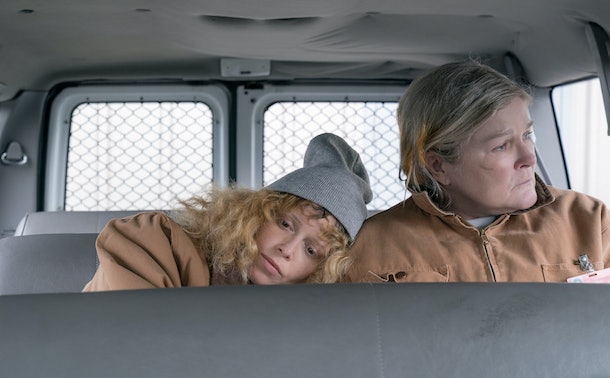 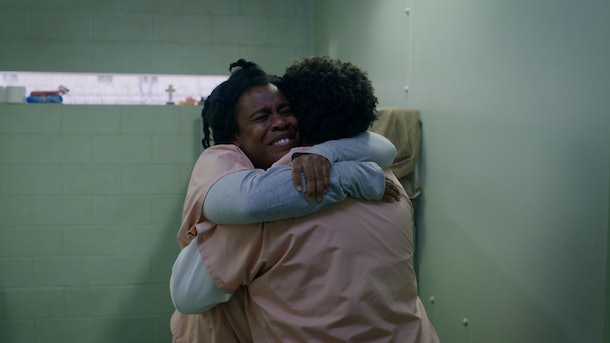 As if the premiere date announcement and all these new photos were not enough, Netflix also dropped a new video featuring the Orange Is the New Black cast singing the show’s theme song (‘You’ve Got Time" by Regina Spektor) as they walk around the set, ending with a sweet moment between Taylor Schilling and Laura Prepon that seems to be suggesting that Piper and Alex’s relationship will be a major focus of this final season.

Orange Is the New Black fans have only two months left to wait for the last season of the show. It will premiere on Netflix on Friday, July 26.