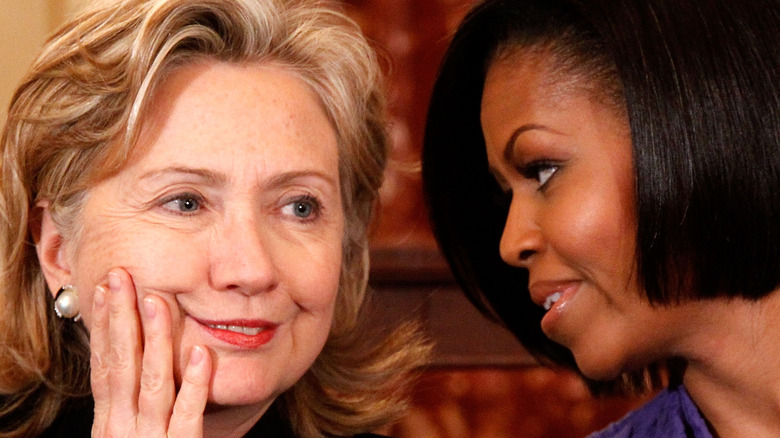 They were both first ladies, they both had their own law careers before coming to the White House, and one even served in the other’s husband’s administration, while one campaigned for the other for president. They are Michelle Obama and Hillary Rodham Clinton, two of America’s most famous women and two close friends. Their political careers have been intertwined and the two seem closer than ever; however, things didn’t start out that way.

Once upon a time in 2008, Clinton ran against Barack Obama for the Democratic Party’s nomination for president. It was a close race that Clinton didn’t drop out of until June of that year, according to NPR. That situation could have very easily left a some animosity between the two women, as well as between President Obama and Clinton when he took office. Instead, the new president chose Clinton as Secretary of State, a position she stayed in through his entire first term. As for Clinton and the new first lady? They became friends with a mutual admiration and respect for one another.

Hillary Clinton and Michelle Obama bonded while in the White House 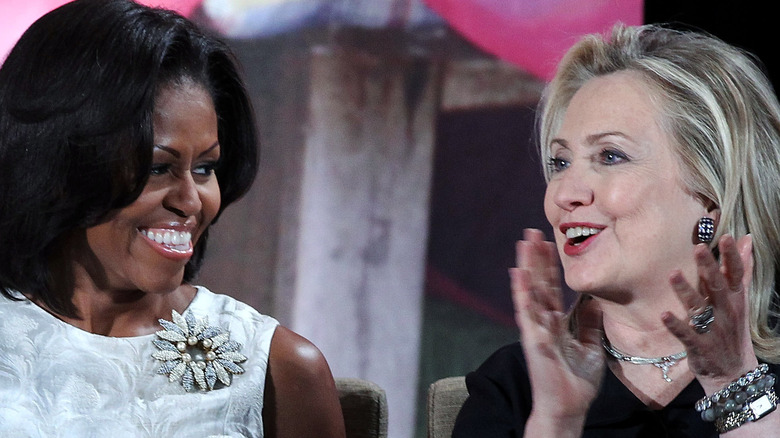 Barack Obama surprised the political world when he named his primary rival, Hillary Clinton, as his Secretary of State. When Clinton assumed the role after eight years as a senator from New York, a friendship began to bloom between the former first lady and the new first lady. There was a notable moment at a 2010 State Department event honoring women around the world where Michelle Obama spoke and praised the head of the department, according to The Guardian.

When Clinton ran for president a second time and became the first woman in United States history ever at the top of a national ticket, Michelle did everything she could to help her friend make it to the White House, this time in the commander-in-chief role. She did that by speaking at the Democratic National Convention and then taking her speech on the road with Clinton.

When they appeared at a campaign event together in North Carolina, Clinton said of Michelle and the role of first lady, “I’m going to state the obvious. It’s not easy. You’ve got so many people counting on you, you’ve got the eyes of the world on you. And let’s be real, as our nation’s first African American first lady, she’s faced pressures I never did, and she’s handled them with pure grace,” via The Guardian. 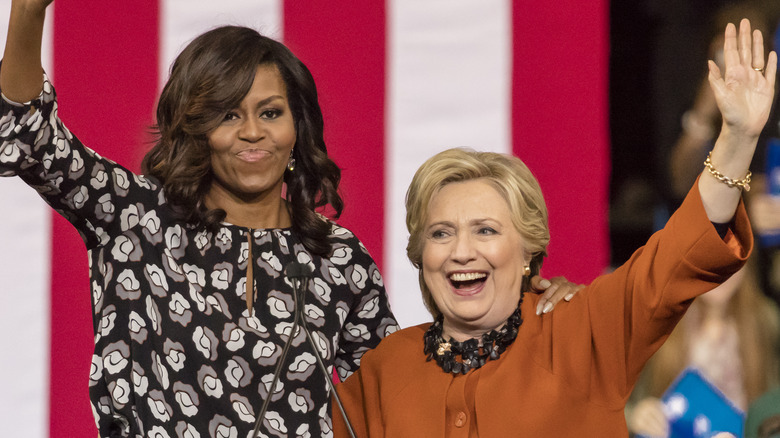 When Michelle Obama took the stage at the 2016 Democratic National Convention and then went on the road in an ill-fated quest to make Hillary Clinton president, she spoke of the woman who was once Barack Obama’s rival with respect and admiration. As noted by The Washington Post, Michelle pointed to Clinton’s grace in 2008, pointing out her acceptance of the results of the primary challenge.

“When she didn’t win the nomination eight years ago, she didn’t get angry or disillusioned,” Michelle said. “Hillary did not pack up and go home, because as a true public servant, Hillary knows that this is so much bigger than her own desires and disappointments.”

The now former first lady went on to say that there were a number of instances where the former senator from New York could’ve packed it in, that “the price of public service was too high.” Michelle even pointed out the heightened scrutiny that Clinton had received throughout her political career, adding that a life in politics may not be worth that added scrutiny often focused on clothing options. “What I admire most about Hillary is that she never buckles under pressure,” Michelle said of her friend. And when Clinton didn’t snag the presidency in 2016, Michelle was right there next to her at the inauguration of her opponent, Donald Trump. It’s safe to say that these two have a very special, lifelong bond.