The Witcher Season 2 will premiere on Netflix on Dec.17, following the events that took place in season 1. The new installment teases more turmoil, adventures, and monsters for Geralt of Rivia (Henry Cavill) and Ciri (Freya Allen) as they finally face their destiny. One factor of the first season fans were somewhat displeased with was the complex timelines and time jump.

This begs the question of whether The Witcher Season 2 will begin after a significant time jump or straight after the Battle of Sodden.

‘The Witcher’ Season 2 trailer shows a much older Ciri

In the series’s main trailers, fans got small tidbits of what can be expected from the new storyline. The trailer revealed it would focus more heavily on Ciri and Geralt’s relationship and destiny created by the Law of Surprise. But Ciri does not look like the same young girl fans grew to love in the first season.

Still images and trailers show Ciri more grown up and looking like a mature and strong woman. This led fans to believe the actor who played Ciri was recast. According to Forbes, “This season, they’ve given Ciri a different look, no longer going for the “ghostly elf child” vibe of season one, darkening her brows and giving her different eye make-up.”

But the answer is simple: Allen is indeed Ciri in season 2. When season 1 was filmed, Allen had just turned 17 years old. Between production, the premiere, and filming the new season, Allen is now 20 years old. Fans wonder if Ciri’s new grown-up look also alludes to a time jump for season 2.

While Ciri looks noticeably different from the first season, the new installment is already hinted to take place right after the Battle of Sodden. From the main trailer, fans can deduce the story will pick up right after Yennefer (Anya Chalotra) defeats the Nilfgaard army in the forest. The trailer shows sequences of the charred forest and army.

A character also monologues that the North and South are at war which was already underway in season 1. Fans also see Yennefer, who had disappeared after the battle, bruised and bloody, talking to Fringilla (Mimi Ndiweni). They both are wearing the same garments they did during the battle.

The Witcher showrunner Lauren Schmidt Hissrich revealed to The Wrap the new season would be less complicated. All the main characters will exist on the same timeline, but Hissrich explains there will be some tweaks.

Where to watch ‘The Witcher’ and when? 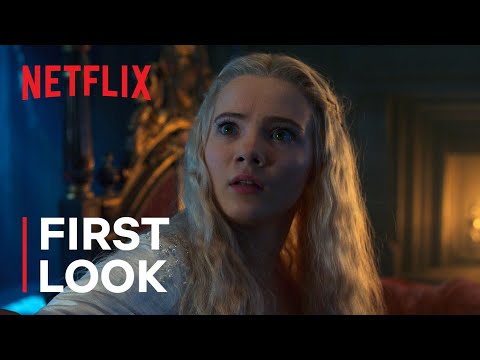 The new installment to the Netflix series will premiere on Dec. 17 to global audiences. It will have a total of eight episodes for fans to get hooked on.

While fans watch The Witcher Season 2, they can look foward to a new season underway. According to Variety, at Netflix’s Tudum event, it was revealed by Cavill that the series was renewed for a third season. The event also revealed The Witcher: Blood Origin, the prequel series, to fans.