Why I fear their safety is jeopardised: Threats against Prince Harry and Meghan Markle could multiply and become more difficult to guard against now they have severed their Royal ties, writes former head of royal protection DAI DAVIES

As members of the Royal Family, the Duke and Duchess of Sussex have always faced complex and serious threats – from terrorists, criminal gangs, obsessed stalkers, unlicensed paparazzi and even from those they believed to be friends.

Now the couple are severing their royal ties and plan to live outside Britain, those threats have multiplied and become much more difficult to guard against.

Final decisions on how they will be protected – and who will pay – have yet to be agreed.

But as former operational commander of royalty protection and senior Met police officer, I am seriously concerned for their immediate safety. 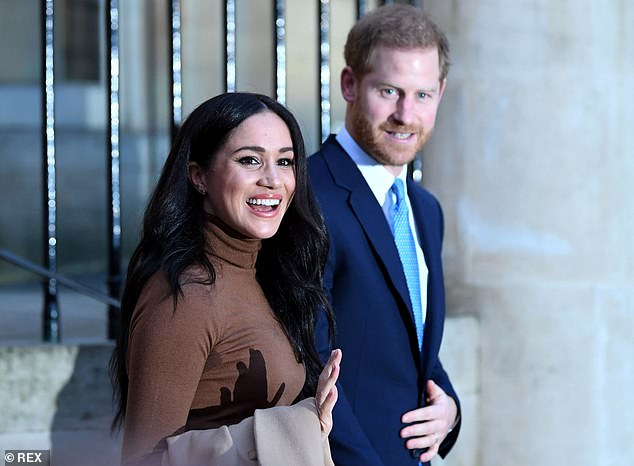 As members of the Royal Family, the Duke and Duchess of Sussex have always faced complex and serious threats – from terrorists, criminal gangs, obsessed stalkers, unlicensed paparazzi and even from those they believed to be friends

In the mid-Nineties, the divorce of Charles and Diana created huge safety issues. Harry’s mother loved to act spontaneously, making it impossible to guarantee her protection.

Later she declined police protection through the Royal Family – a fact that I believe may have cost the princess her life.

I am convinced that Harry and Meghan face dangers just as grave, yet by moving abroad they are making it even harder to set up effective protection.

Whatever security the Sussexes have in place at their borrowed home on Vancouver Island, I cannot imagine it is adequate.

It has been alleged that some of their protection officers are armed only with Tasers. If true, that is preposterous.

Any plot to assassinate or kidnap Harry’s family will involve weaponry far more lethal than Tasers, and his team need to be carrying firearms at all times.

In the UK, royal personal protection officers carry guns as a matter of course but, once abroad, can only be armed with the permission of local authorities under a ‘reciprocity’ arrangement.

British royal protection officers may be being assisted by armed members of the Special Protection Unit of the Royal Canadian Mounted Police – the Mounties. I certainly hope so.

But what of the future? If Harry and Meghan come to rely on private security companies, they will struggle to match the level of watchfulness provided by my old department.

They don’t have access to the same level of structural support and financial resources. 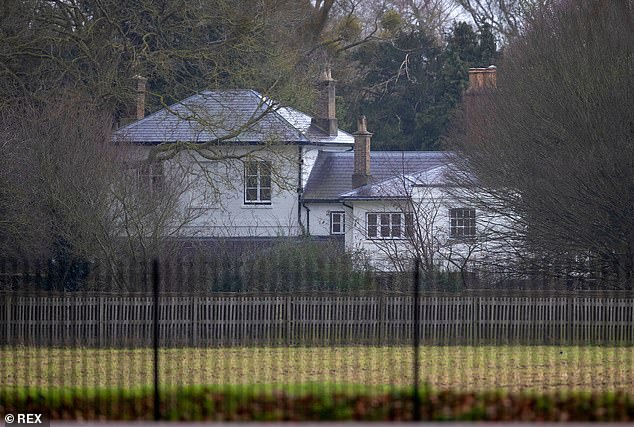 The £2.4million renovation of Frogmore Cottage (pictured) did not include the extra costs, covered from the royal protection budget, for safe rooms, fences, underground detection systems and encrypted secure communication

The couple may not appreciate the costs of ‘static protection’ – the integrated networks of alarms and CCTV cameras that are standard at royal palaces.

The £2.4million renovation of Frogmore Cottage did not include the extra costs, covered from the royal protection budget, for safe rooms, fences, underground detection systems and encrypted secure communication.

On top of this, there’s maintenance expenses.

As a veteran of the Afghan campaign, Prince Harry is at risk: the Taliban always regarded him as their main target.

Their desire to hurt him has not diminished because he has stepped down as the Captain General of the Royal Marines, who were at the forefront of the Afghan fighting.

Terrorist threats could come from other sources too. Harry’s father is Colonel-in-Chief of the Paratroopers, still hated by many Irish republicans.

Perhaps that sounds an unlikely threat, but his great-uncle, Lord Mountbatten was dismissive of the risks too.

It cost him his life – and the lives of several of those around him – when an IRA bomb planted on his boat, the Shadow V, went off one day in August 1979.

Equally worrying are the number of obsessive individuals who might mean the couple harm. Racist, far-Right groups could target Meghan, for instance.

It only takes one deranged individual. That’s why, in 2006, the Home Office and the Met, working with the Department of Health, set up the Fixated Threat Assessment Centre [FTAC] to monitor would-be stalkers who target royals and politicians.

The FTAC relies on a wide variety of intelligence from Britain’s security and police services. I hope that arrangements can be made to maintain official royal protection for Harry, Meghan and Archie, or at least to integrate their private set-up with the royal systems.

But this should all have been done long before the couple bailed out. I am horrified that discussions over their safety are so far from being finalised.

Already their security is compromised, because their location has been leaked.

I’m sure that unscrupulous photographers will have checked out the house where Meghan and Archie are believed to be staying, and thought how easy it would be to approach by sea using a small boat or even a canoe.

The paparazzi know no boundaries, especially in America. The idea that the couple will be better placed to control publicity around them is, I’m afraid, wrong.

As the costs of private security mount, Harry will need to earn money. That puts him and Meghan at increased risk from predatory business people.

It’s the job of royal protection services to do the requisite due diligence on potential business associates and, in doing so, they have access to intelligence no private company could match.

That said, the system is not infallible – as Prince Andrew’s ill-judged friendship with the wealthy paedophile Jeffrey Epstein shows.

Now more than ever, Harry and Meghan need competent, highly experienced security advisers, yet for the first time they may have to learn to live without this vital help.

Their world has just become a much more dangerous place.

British taxpayers may be required to contribute to the multi-million pound security bill for the Sussexes even after they stop using their HRH titles, experts warned last night.

Although a deal has been struck following days of discussions at Sandringham, the question of who will pay for Harry and Meghan’s security when they split their time between the UK and Canada has yet to be answered.

Canadian prime minister Justin Trudeau suggested his country would pay some of the expense – but a poll last week found that 73 per cent of Canadians do not want their government to pick up the bill. 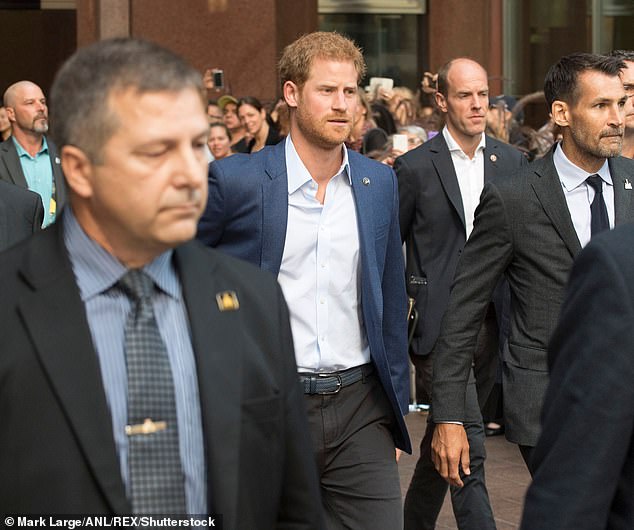 Currently, Canada covers royal security costs on official visits when Scotland Yard close protection teams also travel. Under the Canadian criminal code, an internationally protected person (IPP) who requires state-funded security is defined as ‘a head of state’ or member of their family.

It is likely that Meghan and Harry will lose that IPP status under Canadian law.

Former Royal Canadian Mounted Police (RCMP) officer, Joe Balz, who now works for private firm Sentinel Security Plus, said: ‘If the royal couple were to step away from their responsibilities and status as royals, this section of the criminal code clearly would indicate they would have no IPP status in Canada.

‘The government may feel we’re going to have to give them some type of protection, but there’s no guarantee.’

Another former officer, Larry Busch, who has also protected the royals, predicted Canada would have to agree to a ‘cost-sharing’ agreement with the UK.

Mr Busch, who runs his own firm, Strategic Security, estimated that the couple would need a protection team of 24 RCMP officers at an annual cost of £1.2million.

‘We don’t want any of the royals injured or embarrassed while they are here so it behoves us to apply the proper level of security.

Scotland Yard has already had to nearly double its flight budget to cover the escalating cost of protecting the globe-trotting royals on official visits and holidays.

Despite the Home Office recommending a 20 per cent rise in Scotland Yard bodyguards in 2017, the force said it had found it ‘extremely difficult’ to obtain the necessary training courses, adding that maintaining security has meant a ‘reliance on overtime’.