The first was in my 20s and featured unspeakable things with the kindly, middle-aged, nondescript doorman to the offices of Cosmopolitan, where I worked.

He and I used to have cheery conversations up until then. After the dream, I’d slink past avoiding all eye contact.

(Yep. So much to question with that one, where would you start?)

I’m not the only one who has woken with a start, either horrified or aroused, from a dream that involved sex.

But what does it all mean? Are our sex dreams trying to tell us something? Or are all dreams simply the brain trying to make sense of the random images fired by the brain during REM sleep. 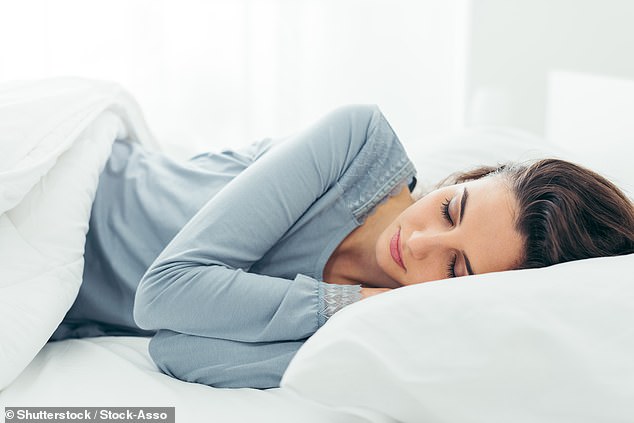 The sexpert Tracey Cox has revealed what our different sex dreams mean, from having sex with an ex to having intercourse with someone you know (file image)

The answer is a bit of both.

Sigmund Freud (who else?) came up with ‘The Continuity Hypothesis’ that because our dreams often include people we interact with when we’re awake, the fact that they feature in our dreams means little.

There’s no doubt dreams reflect our waking mood or mental state: if you’re feeling stressed or anxious, your dreams will also have you tossing and turning.

There’s a logical element as well: if you’re not having sex with your partner and feeling frustrated, it’s common for sex dreams to increase. If you’re lusting after your boyfriend’s best friend, of course they’re going to star in your nocturnal fantasies.

One thing psychotherapists and other dream interpreters do know for sure, though, is this…

Only the dreamer knows the true meaning of the dream

How we react to the dream, often tells us more than the dream itself.

Tracey Cox (pictured) has analysed what your sex dreams mean

This is why dream analysis isn’t a one-size-fits-all thing – we all attach different meanings to different scenarios.

For some people, dreams of flying are wonderful, transportive experiences. Others wake up terrified.

Someone who is relaxed and uninhibited about sex will wake from a depraved sex dream and think, ‘Well that was interesting!’ then get on with their day.

Someone who is deeply religious or has been told that sex is dirty and shameful will be horrified, dwell on it and feel guilty.

No-one definitely knows if dream analysis is a window into our subconscious or pure entertainment. But do we really care when it’s such good fun analysing them and having them?

These are the most likely interpretations for the most common sex dream scenarios.

WHAT DOES MY SEX DREAM MEAN?

Having sex with someone you’re not attracted to in real life: It can be a sign you’re still searching for your ideal lover – in our dreams, we’re not bound by whether someone’s our ‘type’, so freer to explore all the options. More likely, it’s about what that person represents to you in real life. Do they have something you would like for yourself?

Having intercourse with someone you know: Again, it could simply be you admiring a part of their personality. Your bodies joining together is a symbolic way of them imparting that quality to you: an energy exchange.

Sex with an ex: It’s the most common type of sex dream and shows up at different times for various reasons, depending on where you’re at in the split. If you’ve broken up recently and the sex is representative of the sex you used to have, you’re simply missing them. If you’re in control of the sex and they’re submissive, it could be you have an urge to punish them.

Most of the time, ex sex dreams are nothing other than the result of something subconscious that’s sparked a memory of them during the day. If it’s a recurring dream about an ex that doesn’t seem to warrant the attention, look at what that relationship symbolised for you. Excitement? Feeling desired? There might be something lacking in your current relationship.

Sex with a faceless stranger: It’s the second most common sex dream theme, so don’t romanticise it. It doesn’t mean you’re having premonition dreams of someone who is out there waiting for you. But it can mean you’re not getting your innermost needs met. Do you need or want to have more frequent or more varied sex in real life?

Sex with a platonic friend: One dream analyst advises to choose three things you associate with that person and apply them to yourself. Does this person have qualities you’d like to have? (Yes, you’re recognising a theme here. The ‘you’re wanting something they have’ is a constant in sex dream analysis.)

Sex with a celebrity: Could just be the result of a crush. Or could also mean you want to be noticed and crave more glamour in your life.

Sex with someone we dislike: It could be your subconscious wanting to dominate or punish the person. Or it could be it giving you a nudge to say drop the grudge. Carrying around hate is draining.

Sex with a teacher or boss: Usually, it’s because this person is in our life a lot, so likely to feature in any dream. But interpreters also say it can mean you’re craving attention from an authority figure. A parent is emotionally unavailable, perhaps?

You’re in public with no underwear on: For most people, this dream is more a nightmare than a turn on. It’s a common anxiety dream but also hints that you’re worried about being ‘exposed’ in real life. Ask yourself, Where in my life am I feeling naked or vulnerable?

Violent sex: Dreaming of being raped – or raping someone – does not mean you secretly want to experience it.

These types of dreams are usually about control: if you’re feeling out of control in real life, you might dream about being sexually assaulted in a dream. 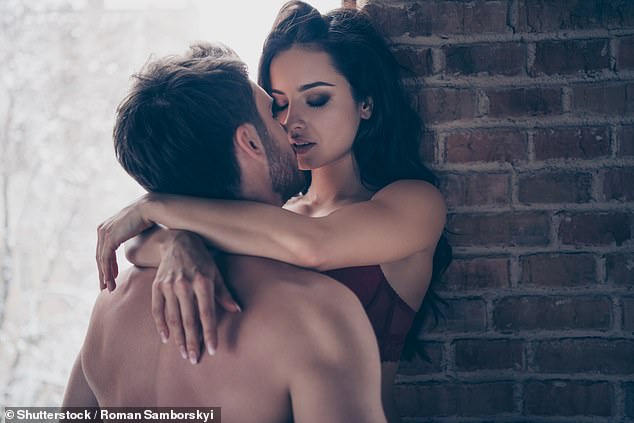 Aggressive sex dreams are often classic anxiety dreams. Like the dream you have where you’re trying to run but your legs won’t work or late for something really important and all sorts of obstacles stop you getting somewhere.

Having sex with a sibling: The part of our psyche that gives us a moral compass – the superego – isn’t active when we sleep. This is why we do things that completely freak us out once we’re awake. Sometimes sex with a sibling we’re close to can mean we’re worried others might read something sinister into it. If it’s a sibling you haven’t seen for a while or aren’t close to, it can be your subconscious tapping you on the shoulder and wanting you to do something about it.

What is a wet dream?

A wet dream (also called a nocturnal emission) is when you ejaculate or secret vaginal fluids during your sleep, having had an imagined or actual orgasm.

They happen more during puberty than adulthood but can happen at any age.

Contrary to popular opinion, both men and women have wet dreams. Research suggests most women have their first ‘sleep orgasm’ by the time they reach 21.

Just as morning erections can be a valuable clue as to whether a man’s erectile dysfunction has a physical or psychological basis, so can being able to orgasm in your sleep.

If you’re a woman who can’t orgasm in real life, either solo or with a partner, but have wet dreams which do include orgasm, it’s a sure indication the issue isn’t physical.

It’s more likely to be a strict upbringing or experience which stops you thinking of sex as something pleasurable.

Sex with someone of your own sex: More than half the women polled in one survey said they’d dreamt about sex with another women. For some, it can be a safe way to indulge in some subconscious bi-curiosity. Other interpreters believe making love to your own sex means being proud of your gender. If you’re female, you might have been particularly nurturing towards someone in your life.

‘I was in a big tent and there was a wall of pulsating penises and vaginas with spooky fairground music playing in the background. Then they all started to merge into one and you couldn’t tell which bits were male and which were female. It was mad.’

‘Pat Sharp (a children’s television presenter) and a tube of Pringles.’

‘It’s a famous celebrity that I’m desperate to sleep with in real life. In my dreams, something always stops it happening. Once he had never-ending pairs of trousers on. I’d take off one pair, and there would be another underneath, and another. Another time his penis turned into dust and disintegrated when I touched it.’

‘I was in a busy bar, chatting, all made up, dressed sexily with heels and over-the-knee stockings. But then I realised I had no skirt or knickers on. I was hot with embarrassment and didn’t know what to do.’

‘I dreamed I arrived home after work and walked upstairs to see my husband tied up and being serviced by a group of women. He’s having sex with all of them in various ways. He’s enjoying it, sees me and asks me to watch him. Once they’ve all finished, he wants me to perform oral sex on him followed by full sex. I found it highly thrilling.’

‘In the dream, I’m on a date and we head to hers to have some fun afterward. I wake up the next morning to find myself tied to the bed. She says she has the solution to my bedroom problems and produces a die. She then rolls the dice and pierces my penis, the number of times the dice says. I don’t remember being scared and woke up feeling really turned on. I had the dream on and off for years.’

‘I was skinny dipping with a female friend who is very attractive and joyously flirty. (I am married – my wife would not have approved.) As we walked out to the sea onto the beach, I began to harden. My friend pointed this out. Embarrassed, I apologised and then was distracted by a train running along the edge of the beach (which they do in the south of France, where I think the dream was set).

‘I was suddenly a passenger on the train which then careered off the rails and into the sea. The carriage flooded. I woke up, and you can probably guess what had happened. It was especially odd as I’m in my fifties and thought oldies like me simply didn’t have wet dreams!’

You’ll find more love and sex advice on traceycox.com, as well as Tracey’s two product ranges, Edge and Supersex. Her new book, Great Sex Starts at 50, is out now.