Kylie Jenner denies being in an open relationship with Travis Scott

Kylie Jenner and Travis Scott are reportedly back together

She still gives him goosebumps.

Travis Scott declared his love for Kylie Jenner, the mother of his daughter Stormi, and called her “wifey” while accepting an award at the 72nd annual Parsons Benefit on Tuesday.

“Stormi, I love you and Wifey, I love you,” the 30-year-old hip-hop star declared on stage, according to E! News.

The “SICKO MODE” rapper and Jenner — who have dated on and off over the years — walked the red carpet with 3-year-old Stormi and posed for family photos together.

As Page Six exclusively reported, Jenner flew into New York for a very quick trip to support Scott on his special night.

A source exclusively told us the “Keeping Up With the Kardashians” star, 23, and Stormi arrived early Tuesday and would be leaving shortly after the event. 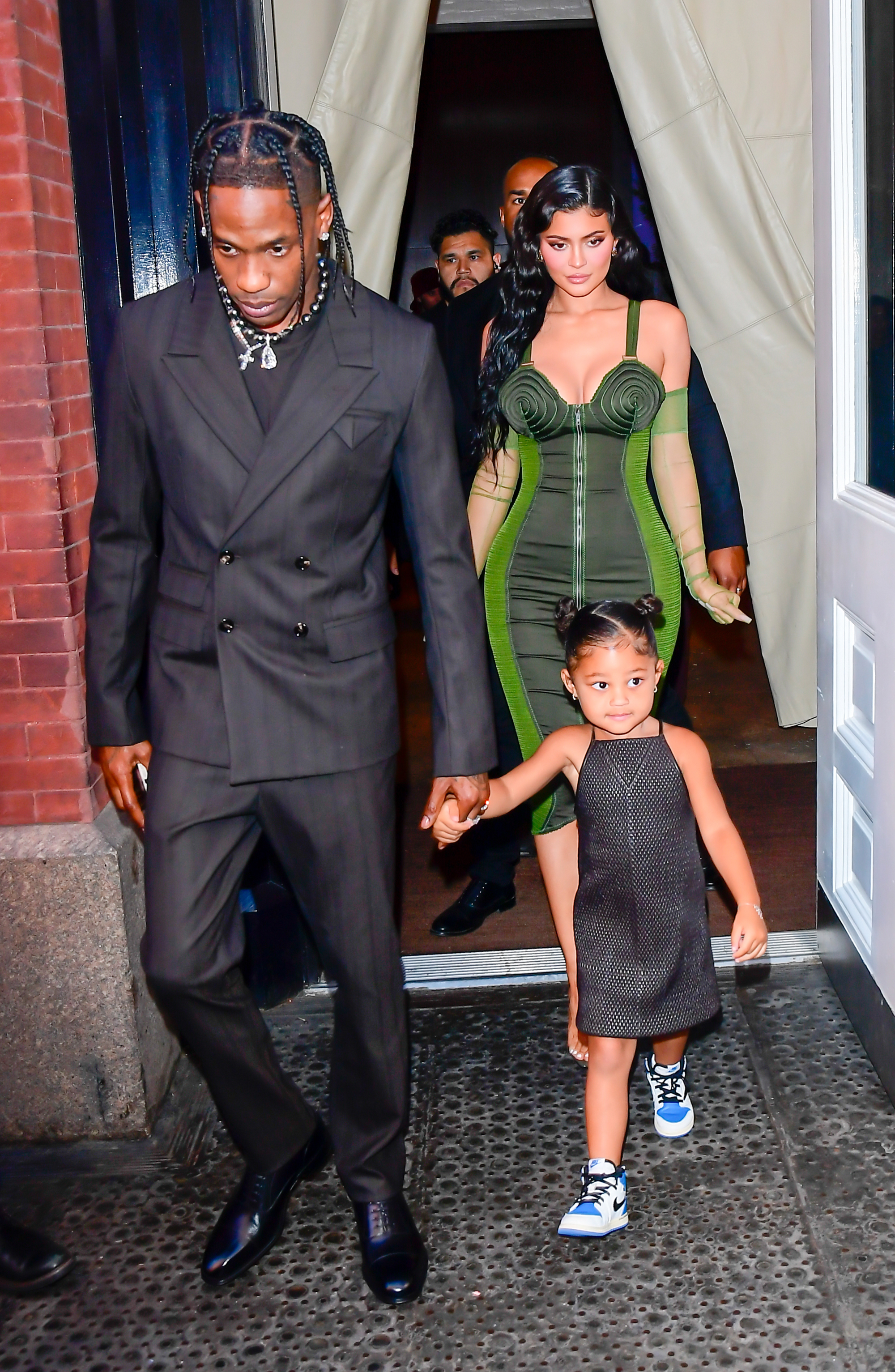 “It’s really why she’s [in New York],” the insider added. “But she loves New York City.”

Jenner shared a photo with Scott from the gala with his hands snaked around her waist, as well as a post-event pic from a private jet with the caption “one for the books.”

The on-again, off-again couple have spending a lot of time together lately.

As Page Six exclusively reported in May, Jenner and Scott were all over each other for the rapper’s 29th birthday celebration in Miami.

However, multiple sources at the time told us they weren’t back together and were just friends.

Jenner and Scott broke up in 2019 but continue to co-parent Stormi.