Britain’s oldest twins, 95, say the secret to a long life is ‘no sex and plenty of Guinness’ – and admit they would love to spend ‘one night’ with Jason Statham

The UK’s oldest identical twins have been praised by This Morning viewers after appearing on the show to discuss becoming internet stars.

Lilian Cox and Doris Hobday, 95, from Tipton, became social media sensations after joining Facebook a few weeks ago, and have already amassed over 20,000 viewers.

Fans of the pair quickly took to Twitter to praise the duo, with one hailing them ‘hilarious’ while another suggested they should have their own TV show.

Hosts Holly Willoughby and Phillip Schofield then quizzed the pair on their life secret, to which Lils promptly replied: ‘No sex and plenty of Guinness’

When Holly asked why no sex, Doris replied: ‘Well, I don’t have a husband!’. 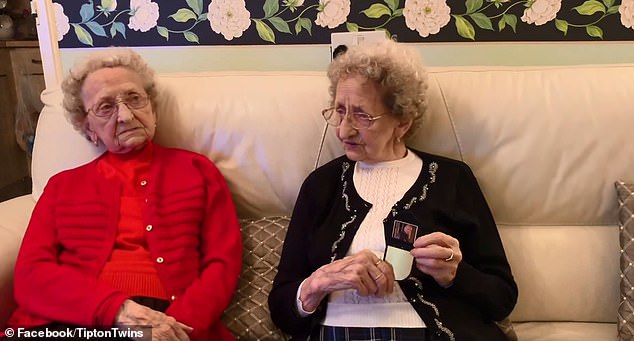 Twins Lilian Cox and Doris Hobday , 95, from Tipton, are pictured reviewing Jason Statham in his latest ‘Fast & The Furious’ film 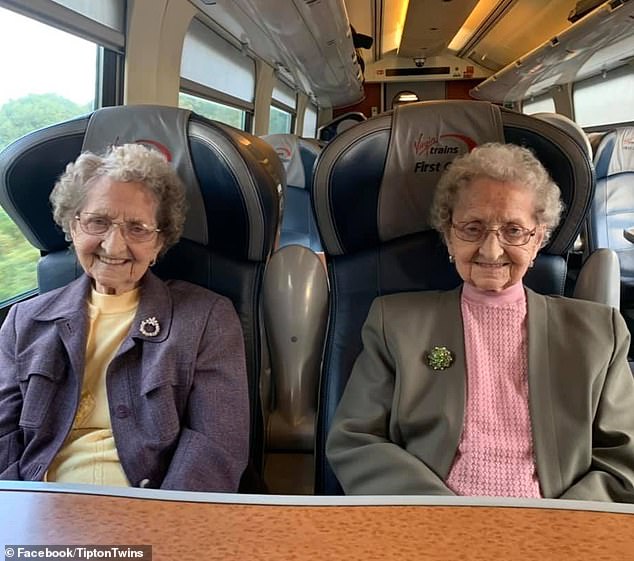 With one of their most popular videos being a review of the latest ‘Fast and Furious’ movie, host Holly asked the pair’s opinion on the film’s star Jason Statham, 52.

And when Holly queried whether the pair thought Jason was a ‘good looking man’, Lils replied: ‘He is a nice lad’.

The duo then joked about having ‘one night alone with him’, before cutting to a video of them reviewing his latest action flick.

Viewers quickly took to Twitter to praise the hilarious pair with one insisting the ladies have ‘mischief’ in their eyes while another urged for the sisters to have their own show.

One wrote:  ‘Jason Statham, fast n furious, omg bless her she’s got mischief there in those eyes, don’t be fooled (sic)’.

Another said: ‘One night with Jason Statham go on girl make her day for her’.

A third wrote: ‘The ninety-five-year-old identical, Lil and Doris, are adorable. They need their own show or segment on Gogglebox!’. 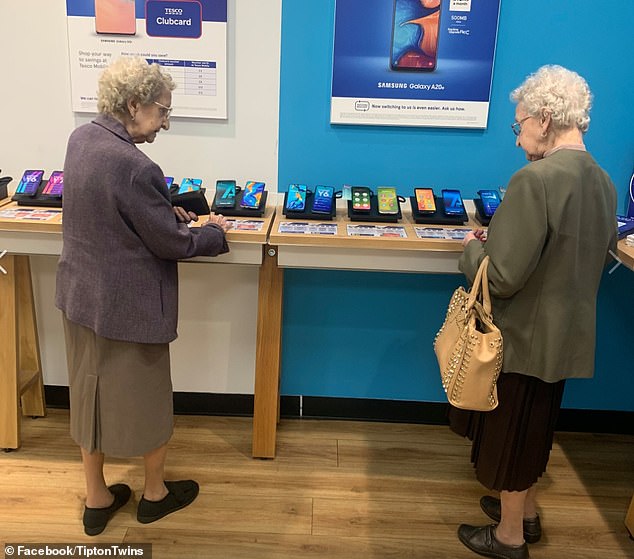 Another one of the Tipton Twins’ popular videos shows them reviewing their brand new Samsung phones, which they can be seen shopping for here 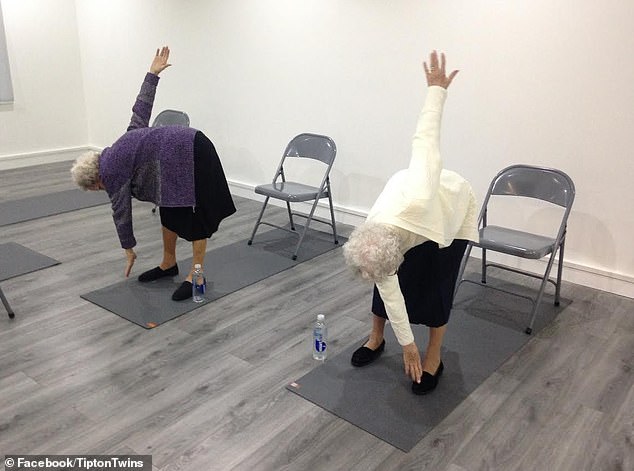 The page documents their day-to-day life, including how the pair keep fit with ‘chair yoga’

The social media star’s other videos include a video of the pair reviewing their brand new Samsung phones, telling tales of when they were younger and a video showing the pair getting used to the remote control.

Their pages also shared photos from their day-to-day life, including the pair shopping, knitting and even keeping fit with ‘chair yoga’.

Philip and Holly also questioned the pair on how they were coping with their new found stardom, and they confessed it’s ‘brightened’ their day to be recognized by fans on the street.

The pair said:  ‘We have been, it’s brightening.

‘[They say] Oh the twins can we have your photo’.

When asked how they decided which videos to do, they admitted:’ Just comes to us naturally.’

‘We’ve got a good sense of humour.’ 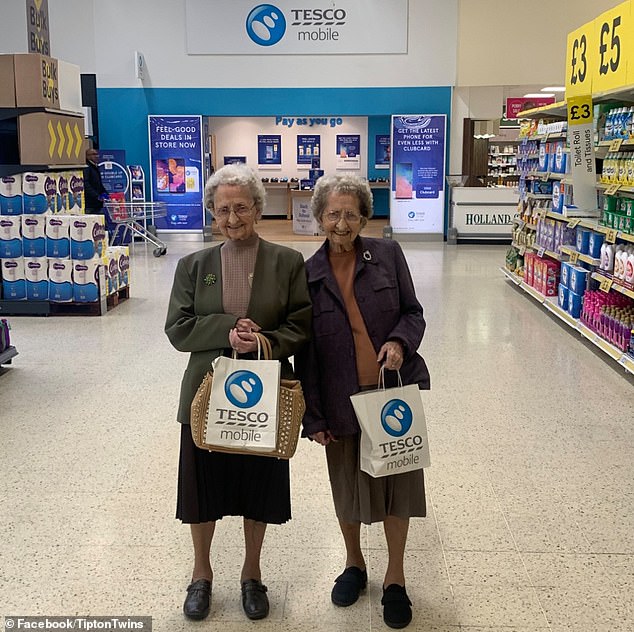