Gordon Ramsay faces dangerous rapids in this EXCLUSIVE preview of the August 1 finale episode of ‘Uncharted.’ The famous chef actually FALLS into the water!

Just before Gordon Ramsay heads out into the water, he tells his guide that the water looks pretty tame. “Wait when you see the Kukkolankoski Rapids,” Gordon’s guide says in this EXCLUSIVE preview of the Gordon Ramsay: Uncharted season 3 finale. Gordon changes into his wetsuit and prepares to take on the rapids in northern Finland.

He’s joined by 5 Finnish men, and the adventure starts out easy enough. However, Gordon is warned about rolling waves and cliffs. Both of those things mean danger. 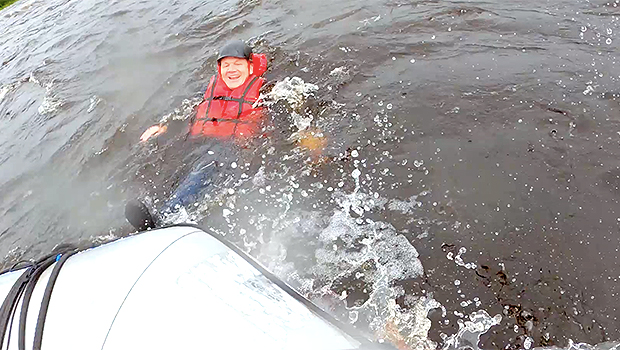 The chef is told to paddle and give more and more power with his strokes. At one point, he falls into the rough waters. “Stay right there!” Gordon is told after falling overboard.

Eventually, Gordon is able to grab onto a paddle and get back into the raft safely. He doesn’t call it quits after that. He starts paddling with the rest of the crew again and manages to stay out of the water. They drop him off at his destination and head back.

The synopsis for the episode reads: “Chef Ramsay explores Lapland in northern Finland by playing swamp football, navigating fierce rapids, fishing for whitefish, and cooking in a sauna before going head to head with chef Kim Mikkola in a riverside cook-off.”

HollywoodLife is also EXCLUSIVELY sharing a recipe from the episode. This pan-seared butterflied brown butter whitefish with potato gribiche sounds delicious. As the recipe notes, the multitudes of lakes and rivers in Finald yield a lot of whitefish, which is featured in this dish. 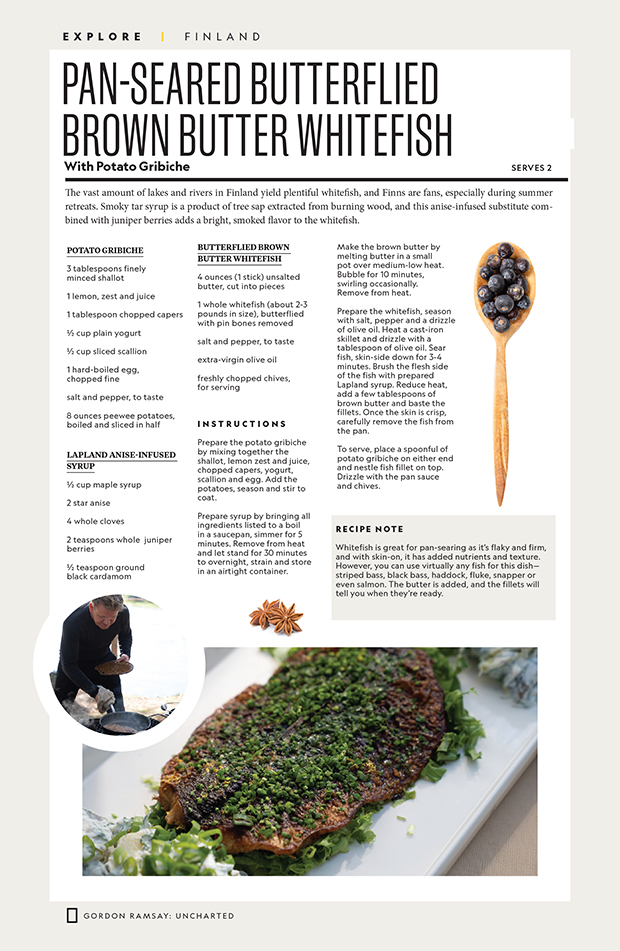 The Gordon Ramsay: Uncharted season 3 finale will air on August 1 at 9 p.m. on National Geographic. In addition to Finland, Gordon traveled to Texas, Portugal, Maine, Croatia, Puerto Rico, Smoky Mountains, Iceland, Michigan, and Mexico in season 3. The hit series was picked up for season 4 ahead of the third season’s debut in May 2021. Season 4 does not have a premiere date yet.