WHO doesn't want to be a millionaire?

It may sound crazy, but the prospect could be closer than you think – thanks to a brightly-coloured card that costs less than a cinema ticket. 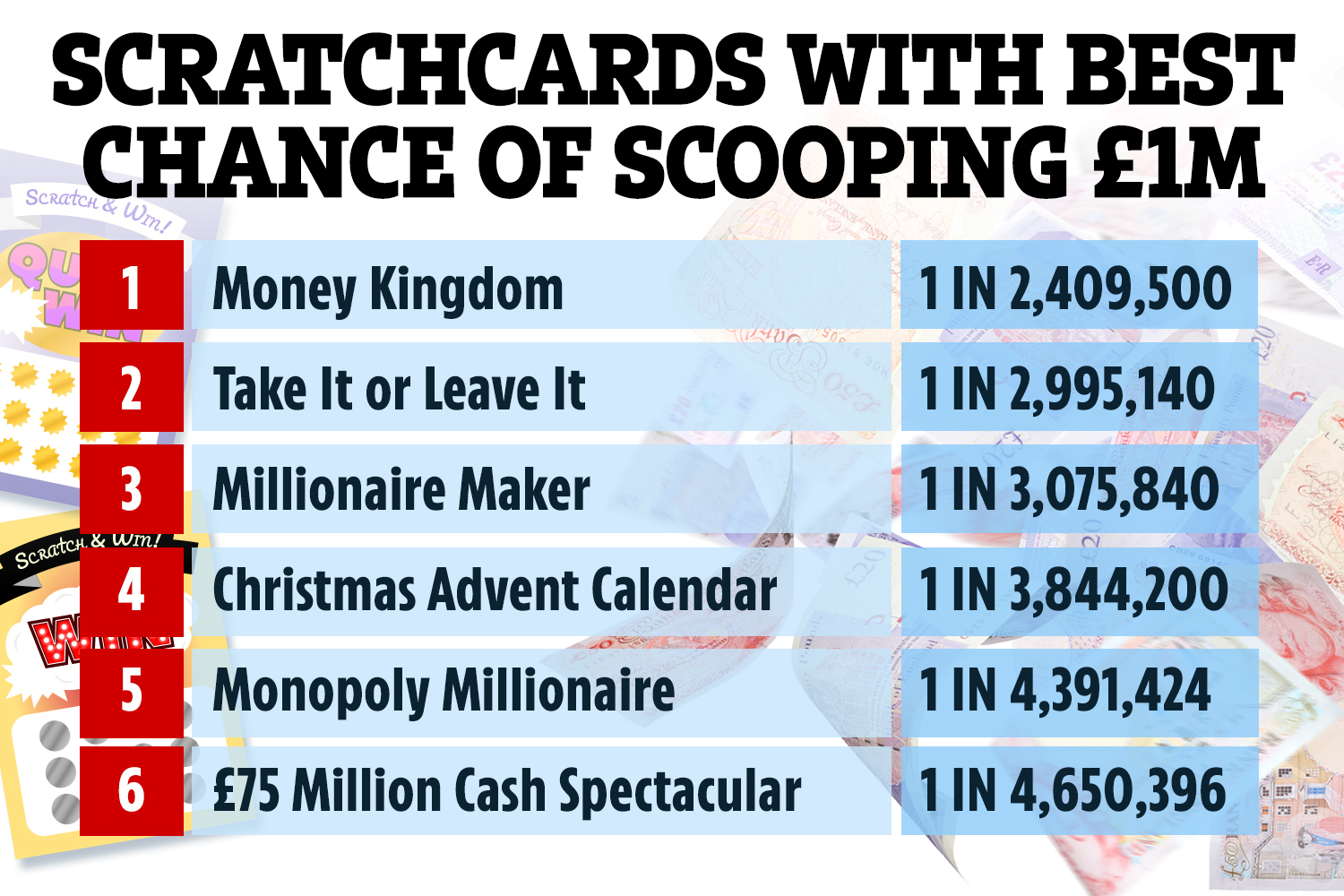 Analysis by The Sun Online can reveal which of the six National Lottery scratchcards offering top prizes of £1m is the best to buy if you want to strike rich.

It turns out that the £5 Money Kingdom card puts you in pole position.

This is almost double the odds of winning big with the £75 Million Cash Spectacular, which sees just 1 in 4,650,396 pocket the jackpot.

It is also best to steer clear of Monopoly Millionaire, which offers a 1 in 4,391,424 chance of walking away with the full amount.

And Christmas Advent Calendar and Millionaire Maker also offer comparatively paltry odds of 1 in 3,844,200 and 1 in 3,075,840 respectively.

Your best bet after Money Kingdom is to give Take It or Leave It a go.

For just a fiver you could make a sizeable £999,995 profit, with only a slightly higher risk of losing out.

Following this advice could see you join a string of lucky punters who scored big with a simple scratchcard.

Mum-of-two Sara Thomas landed £1m on a 50X card earlier this year – and even stayed to finish her care home shift after discovering the life-changing news.

The stunned 26-year-old also asked colleagues to ring Camelot to confirm her jackpot was for real.

Sean screamed for joy after discovering he was pocketing £200,000 after matching two number 22s on a £3 Ruby Doubler.

BEST OF THE LOTTO

When it comes to the overall odds of winning anything on a scratchard, we've got you covered.

The Sun revealed earlier this month the best to buy to turn your few quid into a fortune – however large or small.

And further investigation unveiled which give you best bang for your buck.

A spokesperson for the National Lottery said: "Our days can be made up of little wins that give us a feel-good boost.

"Maybe you thought you'd lost your keys, but found them in your coat, or maybe you beat your personal best on your morning run.

"With a scratchcard from The National Lottery, you could get that winning feeling in an instant.

"Whether it's £1 or £1million, a scratchcard could turn today into a winsday." 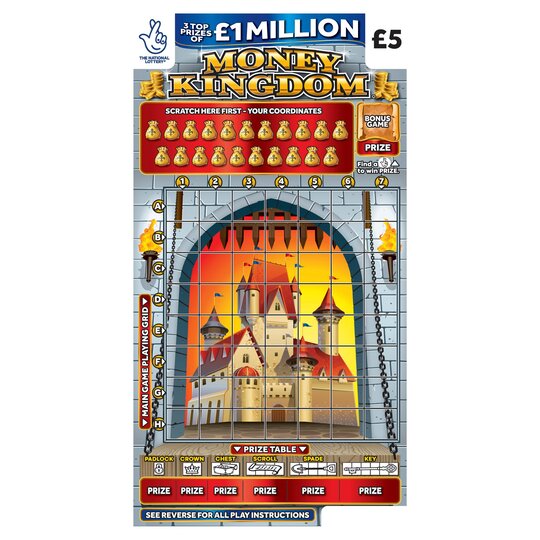