New York City Mayor Bill de Blasio is holding a press conference Thursday after New Yorkers woke up to the first big snowfall of the season. Conditions remain treacherous on the sidewalks and the roads.

Around 6 p.m. Wednesday, several cars were stuck with spinning wheels on the Henry Hudson Parkway. A long line of traffic backed up on the parkway after a 19-car pileup near 181st Street. Police said at least nine cars had to be towed. Six people were taken to the hospital, four with serious but non-life-threatening injuries, CBS New York reported.

Police on the scene and the mayor continued to caution drivers. “If you don’t need to be out, stay home,” one officer said.

“Stay off the roads in the morning. Let these guys do their job and help them be safe,” said de Blasio. 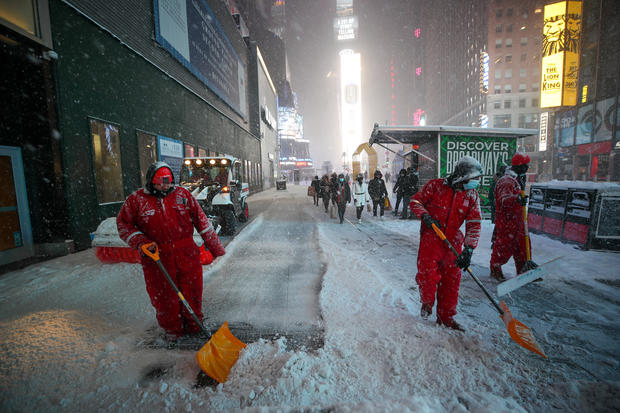