There are a lot of reasons to love the month of June but the fact that it’s Pride Month is probably our favorite. The 30-day celebration honors those who stood up to discrimination and to commemorate the Stonewall riots, which occurred in June 1969. It also recognizes those who are still marginalized today and it brings awareness to an important cause: equality. Plus, it means the streets are full of color — and who doesn’t like that?! But it isn’t just members of the LGBTQ+ community who are observing this essential and meaningful event, many allies and businesses are celebrating Pride.

Here are a few of the ways some of our favorite brands are celebrating Pride Month. 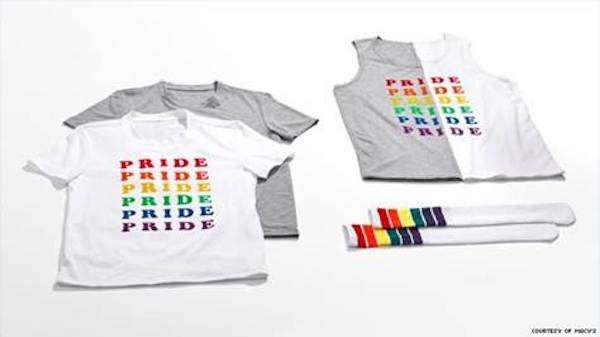 Everyone’s favorite “way to shop,” Macy’s, has partnered with the world’s largest suicide awareness organization, The Trevor Project, to benefit at-risk LGTBQ+ youth. How? By releasing a three-piece capsule collection (a pair of tube socks, a tank top and a t-shirt made by INC International Concepts). Proceeds from the sale of this product will go to the organization. 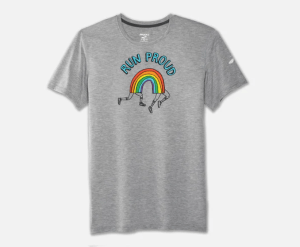 Brooks Running has partnered with International Front Runners, the global network of LGBTQ+ running clubs, to develop the “Run Proud” collection, a line of apparel and accessories that honors LGBTQ+ runners and champions inclusivity. And while the sale of these products is not directly tied to International Front Runners, Brooks has vowed to support the organization and similar clubs around the world. 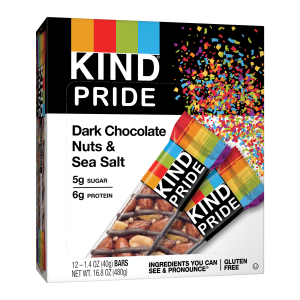 In conjunction with KIND’s new “Snack and Give Back” project, KIND has launched a limited-edition Pride bar. The treat will be sold exclusively online, and all proceeds will be donated to the Ali Forney Center (AFC), an organization which aims to protect and empower homeless LGBTQ+ youth across the country. 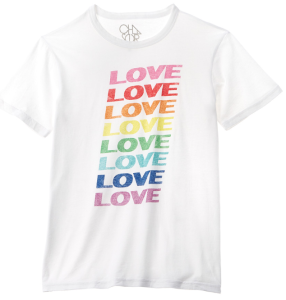 Online retailer Gilt has partnered with The Trevor Project to create a special edition Pride shirt. The top will be offered in two cuts — relaxed and fitted — and 100% of the proceeds will be donated to The Trevor Project. 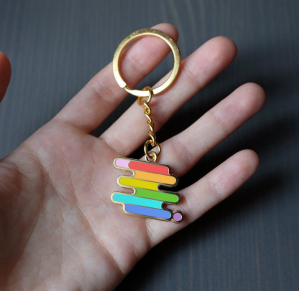 To better support members of the LGBTQ+ community, ETSY will be spotlighting LGBTQ+ sellers throughout the month of June. The online retailer will also be promoting signature Pride pieces, i.e. goods that help you show your LGBTQ+ support each and every day. 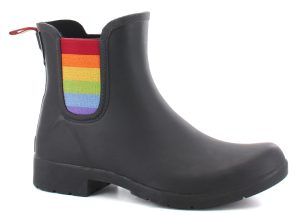 Chooka has launched a colorful pair of shoes — the Eastlake Chelsea Pride Boots — just in time for Pride Month, and a portion of each sale will be donated to Seattle Pride, a local LGBTQ+ organization. 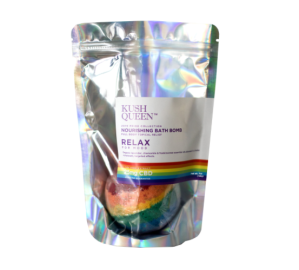 Wellness retailer Kush Queen has launched a limited-edition collection of CBD-infused tinctures, bath bombs and lubes. 20% of all sales will go to support Trans Lifeline, a trans-led organization dedicated to improving the quality of trans lives. 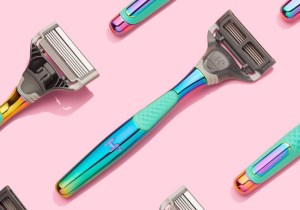 Everyone’s favorite razor subscription service, Harry’s, just released their “Shave with Pride” set, which includes three German-engineered blade cartridges, a bottle of foaming shave gel, a blade cover and a one-of-a-kind rainbow razor handle, all tucked neatly in a beautiful box designed by illustrator José Roda. But the best part? All proceeds from the sale of this set will be donated to The Trevor Project. 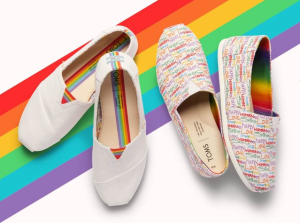 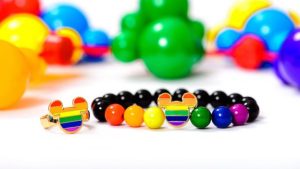 Want to express yourself and your love for Mickey? Well, with Disney’s new rainbow collection you can.  Plus, if you make a purchase before June 30, Disney will donate 10% of the proceeds to GLSEN, the leading education organization working to create safe and inclusive schools for LGBTQ+ students. 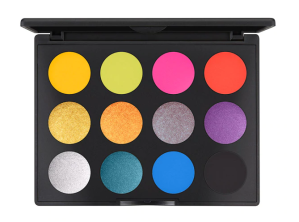 If you are heading out to a local Pride event and want to get all dolled up, look no further than MAC Cosmetics new #MACLOVESPRIDE collection. The line includes lipstick, glitter, eyeshadow and blush and each purchase helps support a company that really gives back to the LGBTQ+ community. (This summer MAC is sponsoring more than 20 local Pride events. The company is also committed to donating $500,000 to GLAAD over the next two years.)