A wide divide remains between the Commonwealth and several key states over the Morrison government’s signature environmental reforms with officials trading barbs over whether the proposed standards have even been distributed for deliberation. 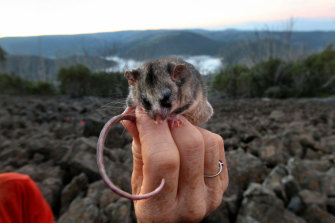 Mountain Pygmy Possum, one of Australia’s most threatened species, near Cabramurra in Kosciuszko National Park.Credit:Nick Moir

Several of her state counterparts said the standards were a long way from being approved in bilateral agreements and they had yet to see the proposals. One official, who declined to be named described the offer as “baby steps” and another said the process was in its “early stages”.

NSW Environment Minister Matt Kean said he had not seen the standards, and they were far from being ready to take to cabinet. The ACT’s Rebecca Vassarotti said she had written to Ms Ley to seek a copy, while Victoria’s Environment Minister Lily D’Ambrosio had a similar response.

“We are awaiting the Commonwealth government’s response to the recommendations in the Samuel review,” Ms D’Ambrosio said. “We will respond to that when we know more.”

A spokesman for Minister Ley, though, was adamant the standards had been distributed on January 15, and that departments in all but Queensland and Victoria had responded. The correspondence had followed a national cabinet meeting last December that had “unanimously agreed” to the development of such standards.

“The interim standards have been sent to all states and reflect the national cabinet intent,” the spokesman said. “The minister continues to consult on the full recommendations of Professor Samuel’s review with stakeholders.”

The review’s final report, completed last October, found Australia’s natural environment and iconic places to be “in an overall state of decline and are under increasing threat. They are not sufficiently resilient to withstand current, emerging or future threats, including climate change”.

The Morrison government is looking to secure Senate support within weeks for a bill that aims to speed up development approvals and boost the economy by cutting so-called green tape.

It wants to a “single touch” system based on bilateral agreements with states. With Labor and the Greens opposing the changes and One Nation expected to back them, the government will need to secure one of the three Senate crossbench votes from Rex Patrick, Jacqui Lambie, or Centre Alliance’s Stirling Griff.

South Australian Senator Rex Patrick said the standards were too weak and his “initial feeling is I cannot support them”.

“The situation presents a dichotomy because [Professor] Samuel tells us the current situation in some senses is quite dire so to do nothing is irresponsible,” Senator Patrick said. “If we hold out to get the standards Samuel proposed, which is one possibility for me, we will see no changes and that could be detrimental.” 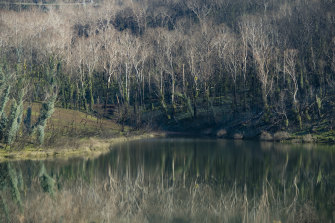 A view of the Talbingo Reservoir in the Kosciuszko National Park in early August. Much of the park was hit hard by the January 2020 bushfires.Credit:Nic Walker

“If Mr Morrison can’t even consult the states properly on the biggest change to the environment laws in the last two decades, how is he going to deliver on anything?” Ms Butler said.

Tim Beshara, manager of policy and strategy at The Wilderness Society, said it wasn’t surprising confusion reigned as it had been more than a year since environment ministers had met despite the huge 2019-20 bushfires and the Samuel Review.

“State-federal cooperation on the natural environment has completely and utterly broken down,” Mr Beshara said. “Whatever this working draft policy is, it’s not in line with what Samuel recommended and it’s not consistent with what Minister Ley said she was trying to achieve with it.”

Most Viewed in Environment