Nick Cannon could be considered as a Wendy Williams backup plan: sources

Wendy Williams’ show delay was decided ‘within the last 24 hours’

Wendy Williams will return Monday, Oct. 4 — with no guests

Wendy Williams will continue her hiatus from her eponymous talk show.

She will not return to host “The Wendy Williams Show” on Oct. 4, her production company, Debmar-Mercury, announced via the show’s Instagram on Tuesday.

The show, however, will go on and will “start airing originals on Monday, Oct. 18, with an exciting lineup of guest hosts and panels to be announced shortly,” the announcement read.

Williams, 57, was initially scheduled to start her new season on Sept. 20, but pushed it back several times due to “ongoing health issues” including testing positive for a breakthrough case of COVID-19. She was later reportedly taken to the hospital and evaluated for a mental health check.

The production company did not mention the alleged mental health check in their statement, but revealed that Williams “continues to be under medical supervision and meets with her medical team on a daily basis.”

“She is making progress, but is experiencing serious complications as a direct result of Graves’ Disease and her thyroid condition,” the statement continued. “It has been determined that more time is needed before she is able to return to her live hosting duties.” 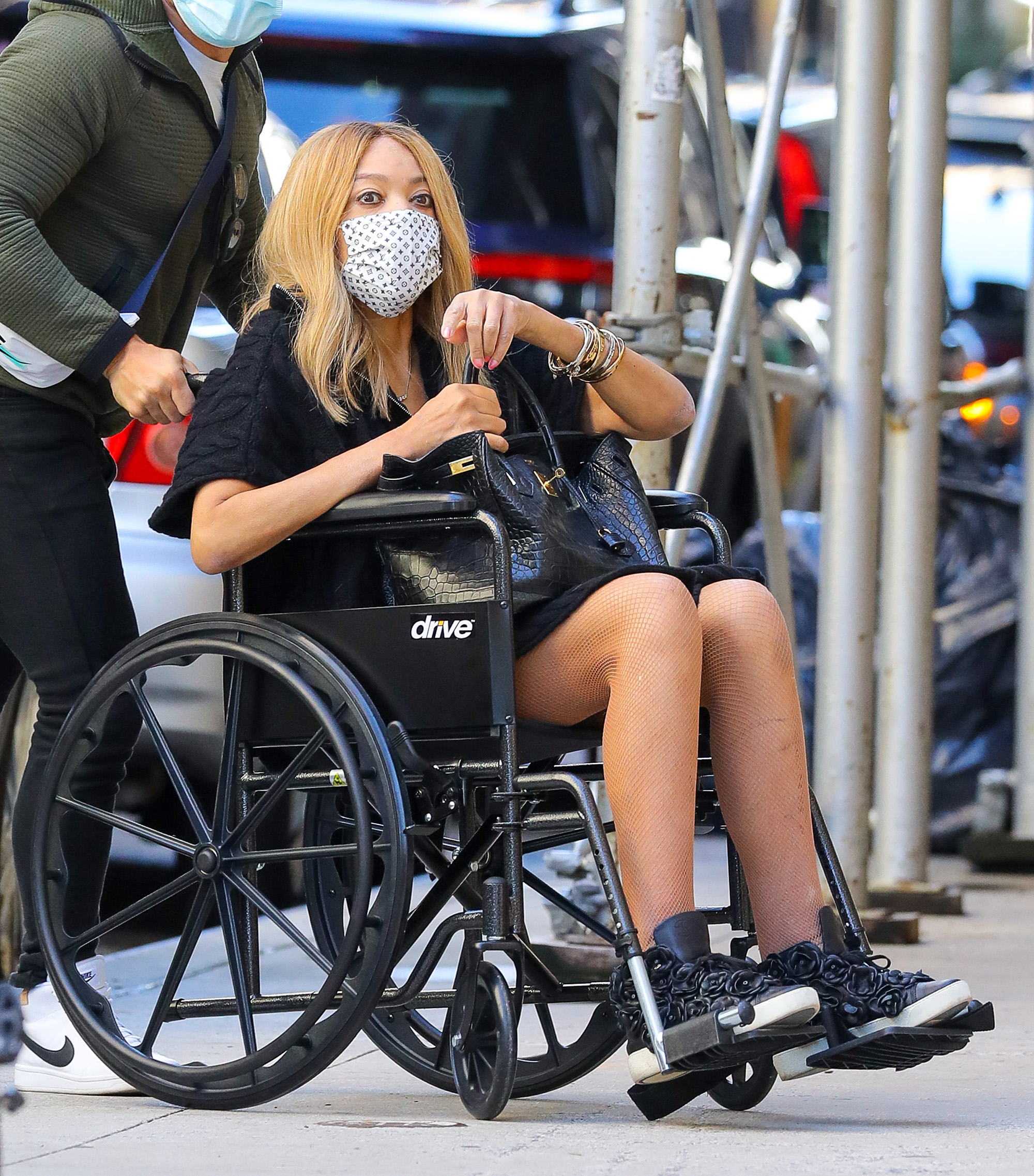 Staff returned to the office this week after working from home due to Williams’ ongoing absence, we’re told. Sources told Page Six the show has also been reaching out to past guests “to see who’s around next week.”

“It wasn’t a specific day,” one insider familiar with the situation said. “They’re trying to gauge how many past guests they can load up to appear for a show.”

Sources previously told us that Debmar-Mercrury could be grooming daytime newbie Nick Cannon, whose show they also produce, as a backup plan in case Williams gets canceled. Industry insiders, however, pointed out that both shows are syndicated, so it’s not as simple as Cannon, who just launched his own show, replacing Williams. 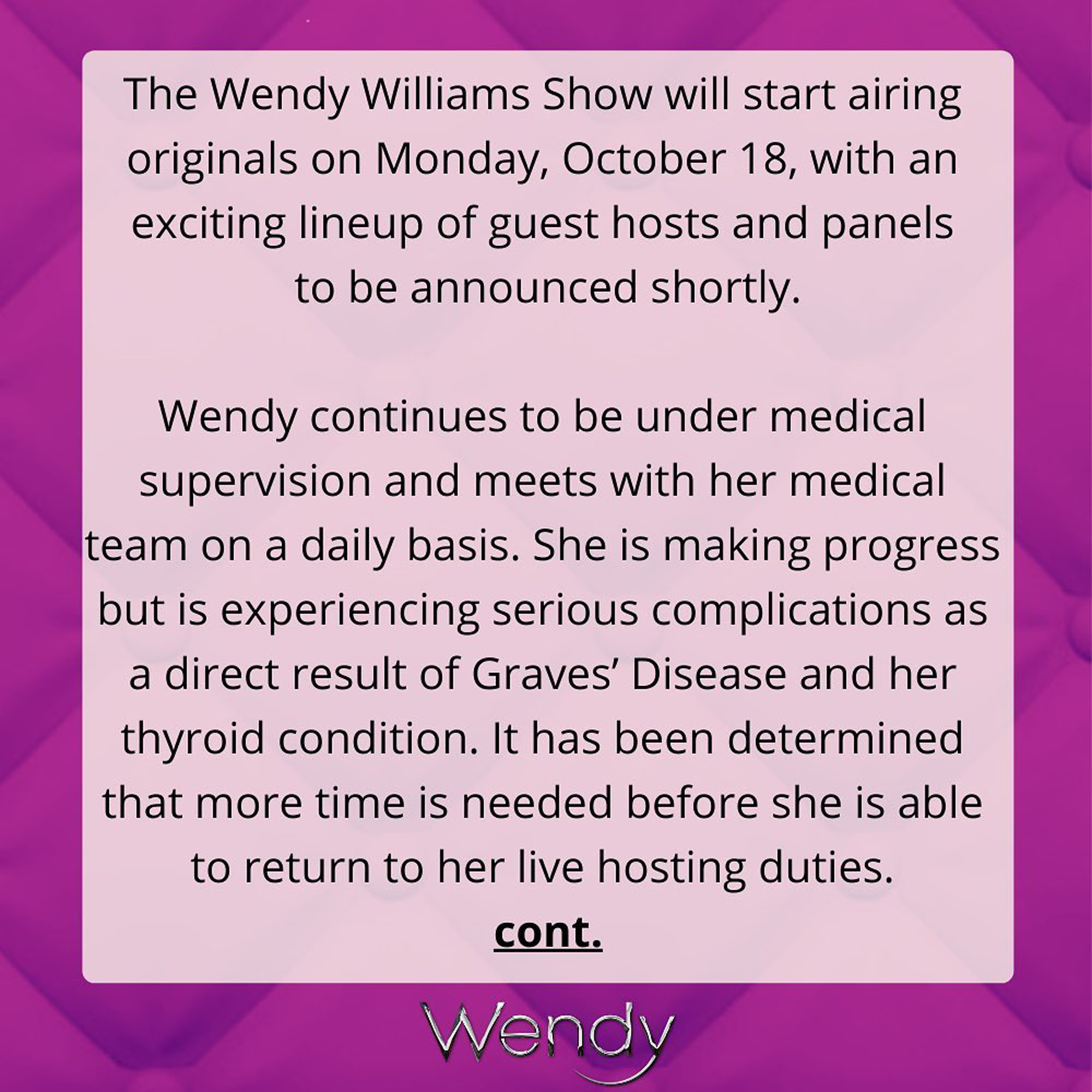 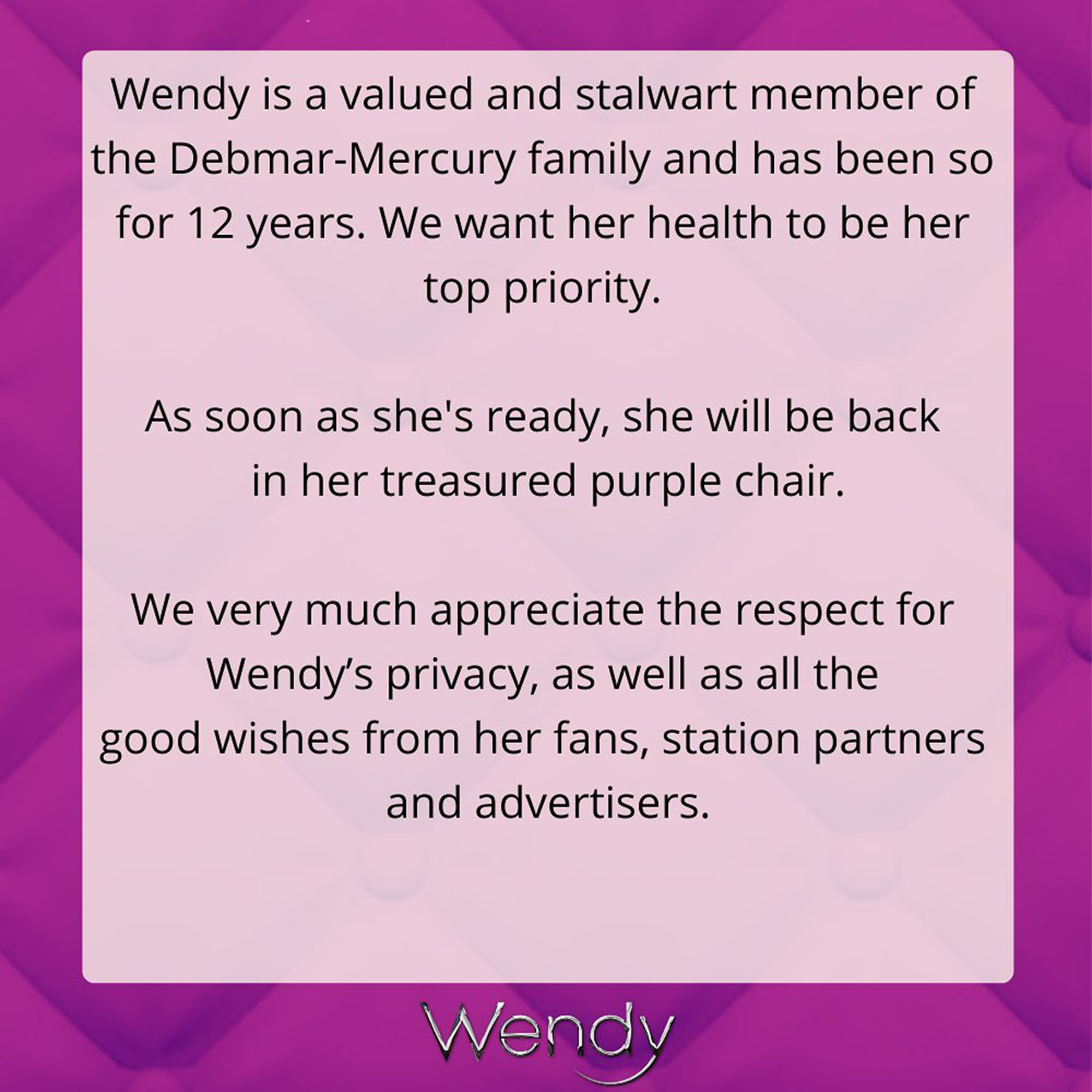 In Tuesday’s announcement, the production company assured, “Wendy is a valued and stalwart member of the Debmar-Mercury family and has been so for 12 years. We want her health to be her top priority. As soon as she’s ready, she will be back in her treasured purple chair,” they said.

“We very much appreciate the respect for Wendy’s privacy, as well as all the good wishes from her fans, station partners and advertisers,” they concluded.

Multiple sources have told Page Six that the delay of Williams’ show is starting to become a huge problem for station affiliates and advertisers.

A rep for Williams did not immediately respond to Page Six’s request for comment.