I can’t even count the number of times I’ve been ghosted by someone. The phenomenon — and the term itself — has become so central in our modern dating language that it’s hard to imagine a time before it existed. Where did the term “ghosting" come from? Hannah VanderPoel, a 31-year-old New York-based writer and cartoonist, remembers noticing the problem without being able to put words to it. Dates were disappearing into thin air without calling her back… no explanations, no excuses. She needed a way to talk about it, so she took matters into her own hands.

So back in March 2014, VanderPoel wrote and released a parody music video called “Ghoster’s Paradise" on YouTube that coined the term "ghosting" and identified it as a major problem in dating culture. The video was inspired by personal conversations she had with her friends, and then created with director Michael Schwartz. And since then, VanderPoel has watched as the term “ghosting” started showing up everywhere.

“Whether we were the first to think about it, I could never say,” VanderPoel tells Elite Daily in a phone interview. “I do know we were the first to do something about it.” The term launched an entire language of creative verbs about dating in the digital age (words like “benching” and “zombieing” are now used to describe other dating behaviors), and in February 2017, ghosting was officially added to the Merriam-Webster dictionary. I spoke with VanderPoel about the story behind the term, and how it feels to have played a role in shaping modern dating culture. 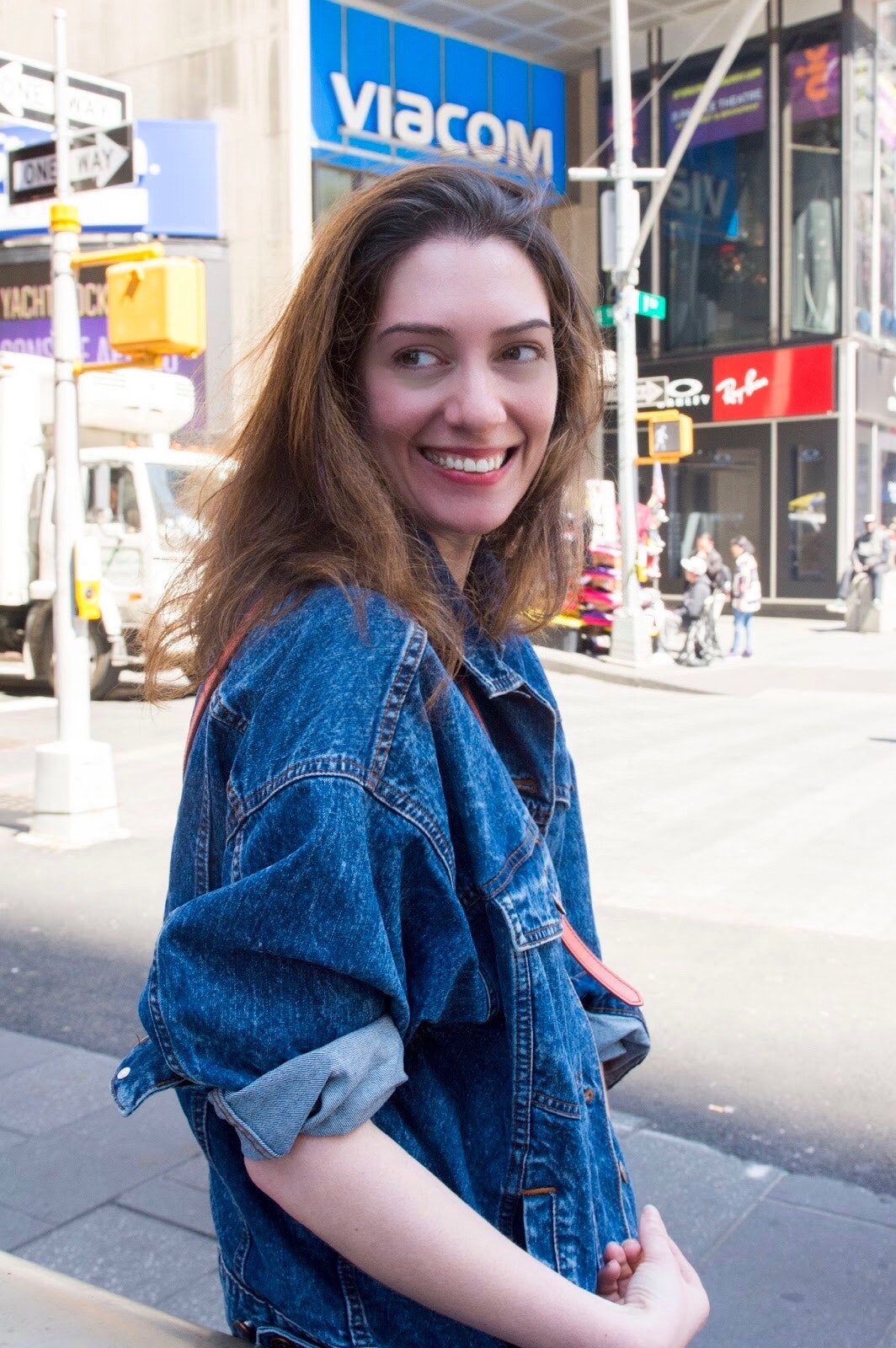 Here’s the ghoster who inspired it all: In the fall of 2013, VanderPoel and a friend were complaining after her friend went out with a guy who never called her back. “At some point, she was like, ‘It’s like he didn’t exist,’” VanderPoel remembers. She and her friend jokingly called him a ghost, and then VanderPoel, being a comedy writer, brilliantly thought of the term “Ghoster’s Paradise” as a parody of the song “Gangsta’s Paradise” by Coolio. “I pretty much wrote the whole thing on a subway ride home [that night],” she says.

She worked with Schwartz and a group of her friends to create the video, which features a woman dealing with the stages of denial, confusion, and anger after a guy told her he’d call again but never did. To help explain ghosting to her cast and crew, VanderPoel put together a PowerPoint presentation outlining the term. “Everyone was really willing to take part, I think because people … recognized [ghosting] as a thing that hadn’t been named or called out to them,” VanderPoel explained. “I think it resonated.” 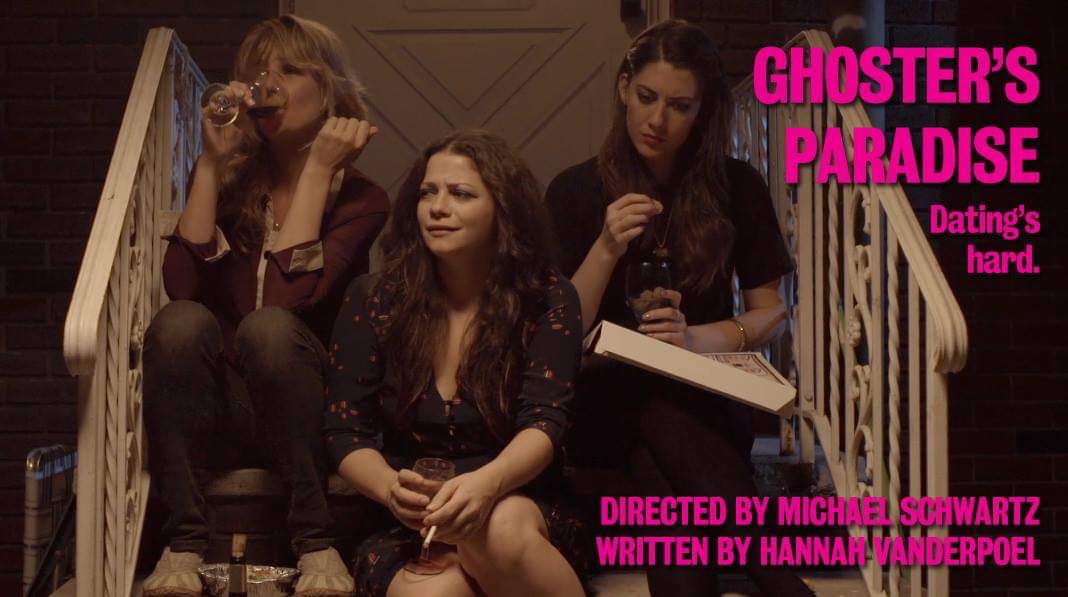 When the video came out, it was picked up by outlets like HuffPost, who dubbed the song as “every wronged woman’s new anthem,” and College Candy, who said the video "hits uncomfortably close to home." It was posted on several different video platforms, so it’s hard for VanderPoel to quantify exactly how many views the video received (on YouTube, it has almost 23,000 views). Nonetheless, she was excited to see how much people related to the concept. “It got shared and tweeted about a bunch of different places,” she explains. “After that, I started to see [the term ghosting] way more.” She noticed her own Twitter followers using it colloquially, then strangers started tweeting about it as well.

It wasn’t until a year later, in June 2015, that The New York Times published a story about ghosting, describing it as a way of “ending a romantic relationship by cutting off all contact and ignoring the former partner’s attempts to reach out.” The article came in response to reporting that Charlize Theron had ghosted Sean Penn to end their engagement. The Times article cited an October 2014 survey from YouGov and Huffington Post that found that 11% of Americans had ghosted someone to break up with them (a 2018 study in the "Journal of Social and Personal Relationships" found that this number is now more than 20%). Ghosting was officially a widespread phenomenon… and the rest is history.

VanderPoel looks back on making the video as an empowering time for her. “This term came from people who had actually been through it,” she tells Elite Daily. “It was a way of taking something sh*tty, and making it into something we could laugh about … I’ve been ghosted a lot of times since then… but I do have a nice memory of the term now, because it’s like, ‘Oh, that was fun, and we all got a kick out of it.’”

As for seeing the term explode in popular culture? VanderPoel thinks it’s funny to watch how ghosting has grown. “I didn’t think about it until maybe a year in, once it really picked up traction. Michael [Schwartz] and I turned to each other and were like, ‘Was that us? I think it was.’ It was kind of an inside joke between us, of like, ‘No one would ever believe us.’”

Ghosting has taken on a life of its own, and VanderPoel and the rest of the video team continue to laugh about its modest origins. “People hear a term, and they don’t bother to think about where it came from or who it came from,” she says. “It’s hard to claim ownership of a term, but Michael and I have joked a lot, [saying] ‘Isn’t this hilarious?’” She still hears from people about the video on social media, but she’s not widely known as an originator of this universally relatable term.

“The ladies need to be crawling out of the woodwork and getting their credit,” she laughs when I tell her I’m surprised she isn’t more widely known as ghosting’s creator. Most of all, VanderPoel wants people to know she coined the term because she had experienced the frustration that comes along with getting ghosted. “We made it because it happened to us, and it was a good way of taking that experience back,” VanderPoel says. No matter who you are, getting ghosted sucks. But sometimes naming a behavior is the first step toward healing and moving on.