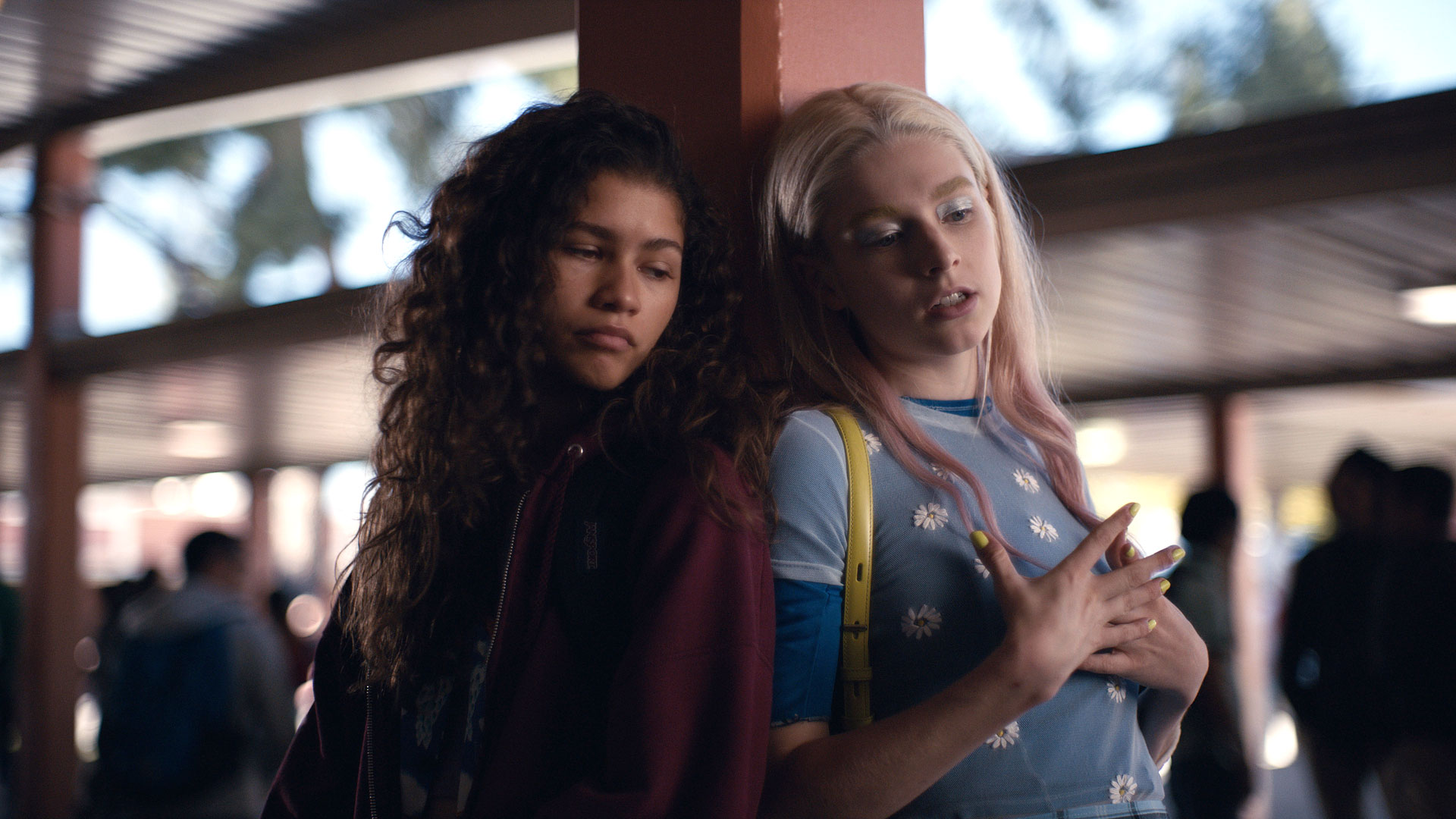 And get ready because this go round is bound to look different from the first, particularly in that it’s ultra pared back. “It’s not a repeat of season one,” she says of the hit HBO show’s glam, choosing to describe it as “more refined and more subtle.”

Why is that? Well, per Davy, the show underwent a “very intense creative evolution” that transcended all areas, including visuals, writing and, of course, makeup design. This was a request of director Sam Levinson, who wanted to take the show in a different direction.

Unlike the first season, which aired in summer 2019, the makeup in season two is “discoverable,” as opposed to impossible-to-miss. (“It’s more like you sort of look for it and you see it,” the beauty pro explains.)

In contrast, season one brought with it experimental glam. Think duo-tone eyeshadow, geometric eyeliner and so many sequins. While the show won’t entirely be without any of that, it sure does take a turn for the minimal — especially when it comes to Rue (played by Zendaya) and Jules (Hunter Schafer). 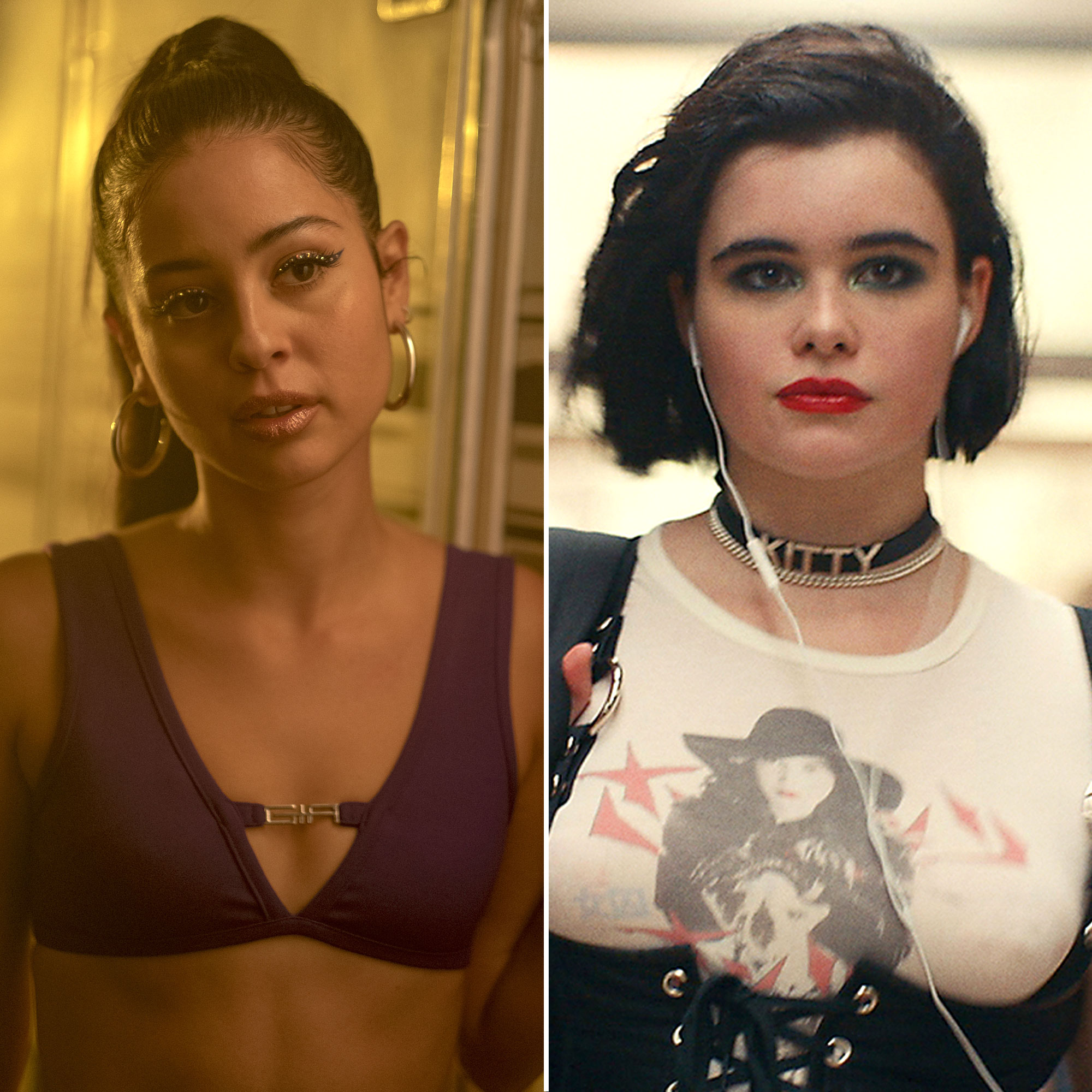 Case in point, Levinson wanted “no foundation” and “really dewy skin” for season two. Davy says that she and her team made it happen except a couple of characters (like Maddy [Alexa Demie] because a bare complexion “didn’t really make sense” for her character, who’s all about that “elevated, made-up look”).

“My department learned how to make the skin look really, really polished and fresh [without a full face of foundation] by using illuminating liquid skin products, like a drop of foundation and concealer to spot-treat.”

Fear not, though: Davy still managed to incorporate some sequins into the new season — they’re just itty bitty. “When I did use rhinestones, I used really little ones that have this really little twinkly fun glow,” she said.

Without giving anything away, makeup plays a key role in storytelling, especially in season two. “That’s kind of the nature of what I do,” Davy explains. “Each character’s makeup is 100 percent tied to what they’re going through. And that’s always like a very collaborative process with the actors who really know the most about their characters.”

This season, the makeup artist says you can expect Cassie (Sydney Sweeney) to undergo the most significant makeup evolution.

“She’s a really big part of the storyline this season and goes through a lot of intense relationship-related events where she’s very much still sort of in this mind frame from season one where she’s appealing to men,” says Davy. “I thought she was gonna shift from like using makeup as a way to make her the most conventionally attractive kind of version of herself. But she uses makeup to kind of like try on these like different, very feminine versions of herself.”

“I feel like I’m a much stronger makeup artist after this season,” Davy adds. And that’s saying something, especially after season one’s unforgettable glam, which took the beauty industry by storm — and inspired a wave of beauty trends, like sequins, a new obsession seen everywhere from high fashion runway to red carpets.

“It was really challenging and fulfilling to shoot,” she concludes. “I think it’s just gonna be different. I think people will be, will be surprised and I’m really excited for people to see it.”

You can stream the season two premiere of Euphoria on HBO Max. New episodes premiere on Sundays at 9 p.m. ET.