The upcoming No Time to Die is the 25th Bond film and – with the exception of Godzilla – no film character has been filling our screens longer than 007. The super spy’s shadow might even stretch further than that of the King of the Monsters. It’s not just that everyone has heard of James Bond. It’s that you don’t need to have seen a single Bond movie to know how he likes his vodka martinis. 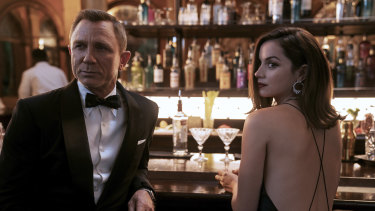 Daniel Craig with Ana de Armas in No Time To Die. Indestructible as ever.Credit:

From Mission Impossible to Spy Kids, Get Smart to Austin Powers, a vast array of pop culture tropes and imagery can be traced back to the Bond franchise. The secret base hidden in the volcano, the wristwatch concealing all kinds of lethal gadgetry, the villains who have forever Been Expecting You, Mr Bond: all of these seem normal because of a frankly bizarre film series that for all rights should have been laid to rest decades ago.

After all, it’s not just critics who have decried the franchise’s countless scenes of misogyny, racism, homophobia and sadism. The films themselves make the same complaint. Bond’s superior M told him “you’re a sexist, misogynist dinosaur … a relic of the Cold War” in 1995. That was 26 years ago. We’ve known Bond is out of step with the times for almost half of the time he’s hung around.

Forget the thousands of super-villains, henchpeople and faceless minions who have attempted to put Bond out of business over his 58-year screen career. Consider instead the fact that a good number of the 25 canonical Bond films range from the utterly mediocre (those Pierce Brosnan years) to cringing self-parody (Octopussy put Bond in a literal clown outfit).

There’s also the curse of the role itself. Sean Connery famously bailed after 1967’s You Only Live Twice; his successor, George Lazenby, was only given one shot to play Bond before Connery was hauled back in to reprise the role he’d previously declared “very wearing and very boring”. Later Bonds Roger Moore, Timothy Dalton and Brosnan have struggled to distance themselves from the role; Daniel Craig tried to quit Bond after 2015’s Spectre. 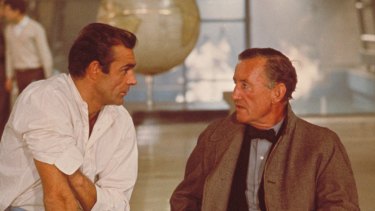 Just as the actors who’ve played Bond have grappled with both the gig and its legacy on their careers, so too has Bond himself been forever attempting to quit his day job. He first handed in his resignation in 1969’s On Her Majesty’s Secret Service. He again ended his career in 1989’s Licence to Kill and 2002’s Die Another Day to pursue personal interests (that is, revenge). No less than three of the last four Bond films have ended with 007’s resignation, which seems a coded cry for help.

The longevity of this character might be because for a long time Bond hasn’t resembled anything like a coherent character. Since 1969, at least, when Lazenby looked down the barrel of the camera and complained “this never happened to the other fella”. Bond films are painfully aware of themselves as Bond films, and instead of establishing a solid continuity they attempt to shrug off the burden of what’s come before.

That’s why Dalton’s Bond is a grim, black-clad assassin who croaks out his one-liners – the opposite of Moore’s cream-suited dandy. It’s why Brosnan’s Bond is a direct rebuke to Dalton’s thuggish portrayal, instead exuding the air of someone who’d rather be playing polo. And it’s why everything about the rebooted Craig series has striven to bring grit and emotional authenticity to the role.

The downside is that there is zero consistency to Bond and his universe. He’s met his arch-enemy Ernst Stavro Blofeld for the first time… four times. His best friend Felix Leiter has been played by seven actors of wildly differing appearance. His age bounces all over the shop, when he should be well into his 90s today.

The longevity of this character might be because for a long time Bond hasn’t resembled anything like a coherent character.

Other franchises explain away these kinds of contradictions, and the Bond series has long been dogged by fan theories suggesting 007 is just a title, a role that has been played by various spies over the years. There’s truth to that – in No Time to Die Bond has stepped out of that role and been replaced by new 007 Nomi (Lashana Lynch). But producers have been explicit that Bond has been Bond, from Connery to Craig.

Being James Bond would do a real number on your head, then. He’s been to the moon, witnessed actual magic, been married (and seemingly forgotten about it). He’s killed hundreds upon hundreds of people, slept with dozens of women (many of whom have then been murdered). He’s the world’s most famous spy, but nobody recognises him.

To sum up the objections so far: Bond is a relic, getting old, wants out of his job and finds himself in a world that makes no sense.

As long as there are middle-aged white men fearing their obsolescence, James Bond Will Return.

For all his elasticity – from playsuit-clad playboy to assault-rifle-toting brute – there are certain traits that have persevered. Bond loves his gadgets but is left bemused by broader technology (this has been a motif throughout the Craig era). He’s worked the same job for half a century but likes to think he’s his own man. He’s obsessed with his cars, watches, expensive booze. He’s essentially a mid-life crisis with better product placement.

How else do you explain the Dad jokes? One of the few things to persist across half a century of Bond has been the grimace-inducing puns. “He always did have an inflated view of himself,” Bond smirks after an inflatable bullet (huh?) causes a baddie to inflate and pop like a balloon. “I think he got the point,” he deadpans after killing a man with a speargun. “I thought Christmas only comes once a year,” he mutters… ugh, let’s not.

If the male power fantasy of James Bond really can survive – indeed, thrive – in the face of 52 years of historical change, it’s because the series never really keeps step with the times. The Craig films, especially, are those of a man all but screaming “I’m still relevant!” 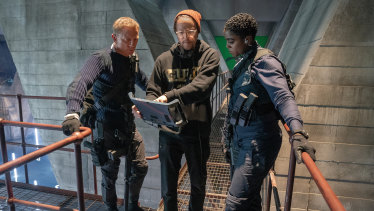 All of which casts a different spin on the various rumours about Craig’s successor. While Lashana Lynch is earning great reviews as the new 007, long-time producer Barbara Broccoli has been clear that Bond will never be played by a woman. Hot bets for the next actor to play the spy currently include Idris Elba, Rege-Jean Page and Tom Hardy, but the conservatism that has historically been baked into the series and its casting don’t bode that well for anyone who isn’t stale, pale and male.

Perhaps Craig’s Bond is right to fear the digital age, though. A global corporation with access to unimaginable levels of consumer data recently purchased Hollywood studio MGM, which owns the rights to the Bond franchise. People often joke that Amazon’s boss Jeff Bezos cultivates the air of a Bond villain, but the fact is that Amazon has far more access to the contents of our heads than traditional film producers have.

In a time in which entire films and TV series are based around viewer data, could this finally mean we see a James Bond who departs from the same-old? Or will the same logic mean we get an even safer, less interesting iteration? Or could an anonymous computer server, somewhere on the planet less glamorous than Bond would ever visit, crunch the math that finally proves 007 is no longer a profit maximising enterprise, and pull the plug on the franchise entirely?

Death by algorithm. Perhaps, Mr Bond, your number is up.

NO TIME FOR OZ

Despite his Commonwealth membership, James Bond has never been a fan of Australia. He’s never visited once. It’s a double slight given the second actor to play the role in the canonical Bond films was George Lazenby, who met series producer Albert R. Broccoli while the two were having their locks lopped in the same barbershop.

Lazenby’s brief moment in Bond’s shoes was the beginning and end of it. No Australian has ever directed a Bond, though two New Zealanders (Lee Tamahori and Martin Campbell) have. In fact, with the exception of Spectre editor Lee Smith, no Australians have filled any major role in the crew of a Bond film. 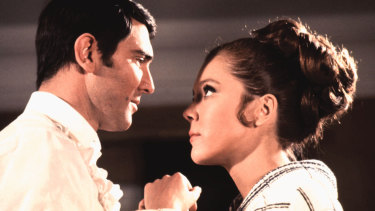 George Lazenby with Diana Rigg in On Her Majesty’s Secret Service.Credit:

We wouldn’t have had Skyfall – arguably one of the best entries in the franchise – without a little help from Hugh Jackman, however. It was at a party in Jackman’s New York apartment that Daniel Craig found himself talking into the night with director Sam Mendes, and before the evening was out the Bond actor had offered him the job of steering the film. Craig didn’t mention that he actually had no power to make that offer, but Skyfall’s producers decided to uphold the decision, leading to one of the very few Bond films to gain great critical and popular approval.