Television reboots are always risky, and Netflix’s much anticipated Heartbreak High – billed as “inspired by” the 1990s teen drama – comes with quite the legacy. When the series began in 1994, it immediately stood out among the local offerings of the time: vanilla soapies populated by mostly well-behaved white people.

A spin-off of the 1993 film The Heartbreak Kid (itself a spin-off from a play of the same name), the series depicted an inner-city Sydney high school, Hartley High, that looked like the real multicultural world, and dealt with taboo topics such as racism, drugs, sexuality, domestic abuse and even teacher-student affairs. 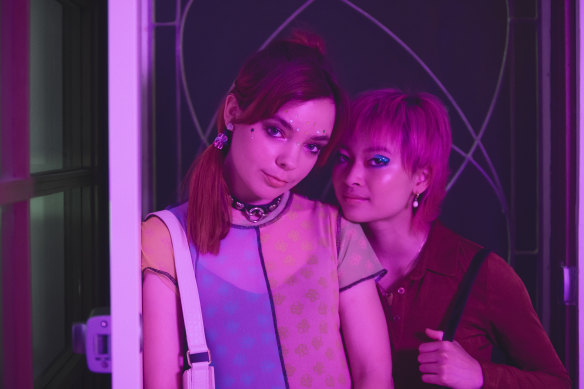 The students at Hartley were suburban outcasts from varying socio-economic and cultural backgrounds, the likes of which hadn’t been given a voice on Australian television before. Teen (and older) audiences embraced the series and several of its stars became household names (and heartthrobs).

By today’s standards, it’s somewhat quaint – its catch cry, the quintessentially Australian “rack off”, is absent from this incarnation, although there’s a knowing nod to it – but it was groundbreaking at the time, both for its content and its success. It ran for nine years and was sold to more than 70 countries.

A quarter of a century later, Netflix’s reboot revolves around a new group of teens and, unbound by network television’s rules, more scope for pushing boundaries.

The 2022 Hartley is still a public school with a multicultural student cohort, but gender, sexuality, drug-taking, slut-shaming and neurodiversity are the pressing topics du jour. 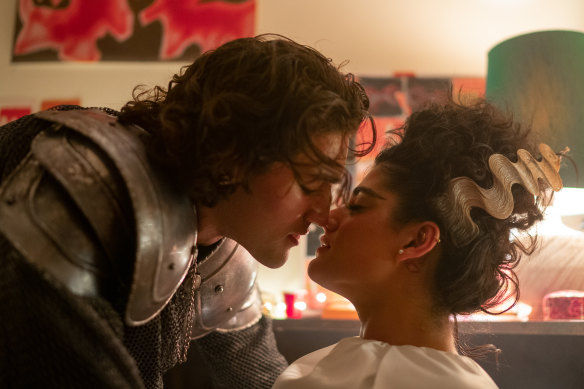 The eight-part series is led by Amerie (the talented Ayesha Madon), who finds herself an outcast on the first day of a new school year, abandoned even by her best friend Harper (The Heights’ Asher Yasbincek), who inexplicably cuts her off. Amerie has been blamed for the creation of a “sex map”, a flow chart outlining sexual exploits among the students (viewers over 35 may need to consult the Urban Dictionary for some of this vernacular).

Our introduction to the rest of the core cast is built around this storyline when they’re all hauled into special sex education class to learn about sexual risk-taking, consent and safe practices. There’s outsider Darren (James Majoos), a non-binary student who, with his best friend Quinni (Chloe Hayden), who is neurodivergent, befriends Amerie; Will McDonald as Ca$h, a sweet-hearted drug dealer with dodgy mates and a soft spot for Darren; Malakai (Thomas Weatherall) a new Indigenous student; Sasha (Gemma Chua-Tran), a Chinese-Australian non-binary student; Josh Heuston as Dusty, the object of Amerie’s affections, and Missy (Sherry-Lee Watson), an Indigenous student and ex-girlfriend of Sasha.

Each of these actors is terrific and while veteran actor Rachel House plays school principal Woodsy for (mostly dark) laughs, it works. It’s a radically different Hartley High, sharing more sensibilities with HBO’s controversial Euphoria than the original Heartbreak; this series is not trying to be a nostalgia hit (although there is one “legacy” character, for the fans).

Given the breadth of topical issues the series tackles (not just sex but drugs, fractured families, cultural matters, violence), it could have fallen into “after-school special” territory, but with the slick direction (very different from the original’s cinema verite style, shot on film), believable dialogue, genuinely diverse cast and story arcs that don’t necessarily conclude neatly, the 2022 Heartbreak High is wild, fun, moving and bound to be shocking to some viewers – exactly what a drama about teenagers should be.

Heartbreak High is on Netflix from September 14.