Are YOUR Christmas decorations tacky or tasteful? Etiquette expert dishes out withering critiques on This Morning – comparing one tree to ‘candy floss dropped at a Little Mix concert’

Appearing on the show today, William was given a selection of three festive living rooms and tasked with deciding whether the home owners’ tastes are tacky or tasteful.

Ahead of his advice to the public, hosts Holly and Phil noticed William has no visible decorations in his home, before the etiquette expert revealed he holds out until the weekend before Christmas to deck his own halls. 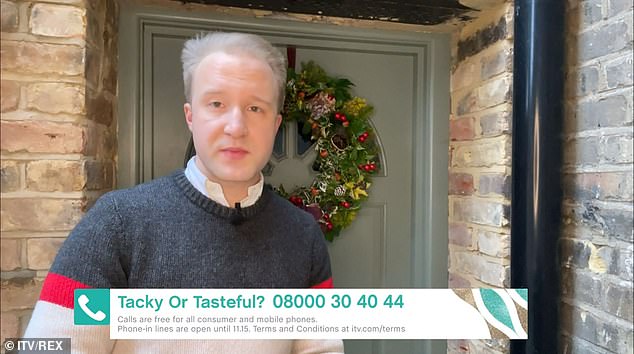 ‘I have the advent calendar, that’s up. It’s not up yet because I do think putting it up too early is not quite right,’ he explained.

‘I like it to be gradual. Put up the advent calendar that’s fine, you get little bit Christmasy, the decorations come out maybe the weekend before Christmas.’

William looked favourably on the public’s decor, but recommended choosing a real Christmas tree and ditching anything with batteries.

However someone who did receive criticism was one of the show’s presenters Vanessa Feltz, whose tree was compared to ‘A piece of candy floss you dropped at a Little Mix concert’. 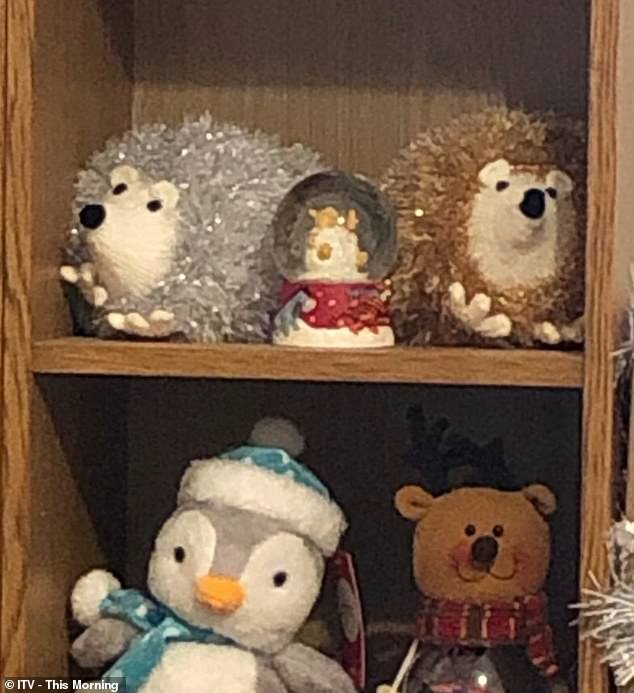 Ruth, from Merseyside, showed off her two homemade hedgehog decorations knitted by one of her mum’s friends, who she’s named Holly and Phil after the show’s hosts

Ruth showed off her two homemade hedgehog decorations knitted by one of her mum’s friends, who she’s named Holly and Phil after the show’s hosts.

William’s verdict: ‘Marvellous, hedgehogs are integral to the Christmas story of course, but they’re so personal which I think is what is nice about Christmas decorations is seeing what each family does.

‘Everyone has their own traditions and little quirks, I have a lovely Mary Poppins bauble I always put on, she’s obviously critical to the Christmas story – but it’s my take on it. So yes, your personalised hedgehogs they’re okay, they pass.’

But after asking about battery powered decorations, William wasn’t as keen: ‘I don’t love that idea.

‘The trouble with batteries is you have to keep replacing them and whatever carol it’s playing sounds a bit pathetic and tinny as they run out, so I would avoid that if possible.’ 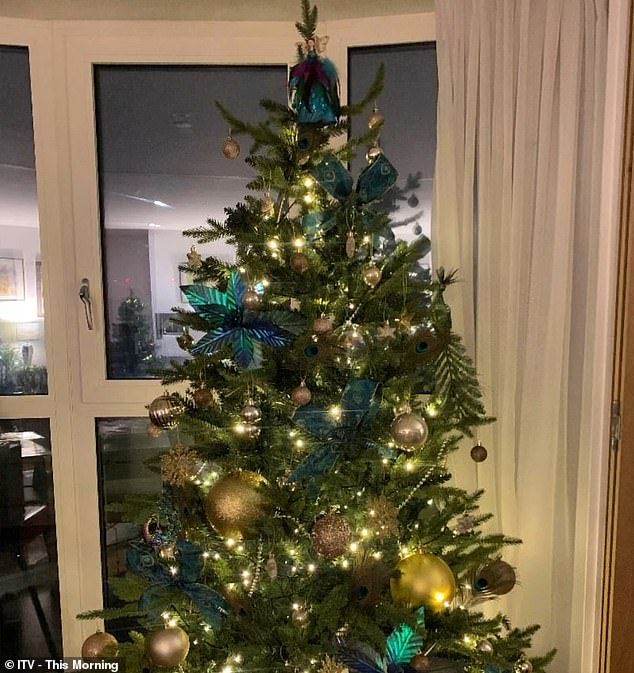 Kathy, from London, revealed her peacock inspired tree which has been decorated with teal baubles

Kathy revealed her peacock inspired tree which has been decorated with teal baubles as Kathy and her fiancé will be using similar colours at their wedding next year.

William’s verdict:  ‘I really quite like this tree, I think it’s quite nice there is no tinsel, there’s nice light you haven’t gone for different colour.

‘The only thing i would mark you down on is that’s not a real tree, which is how you could make it even more socially acceptable.’ 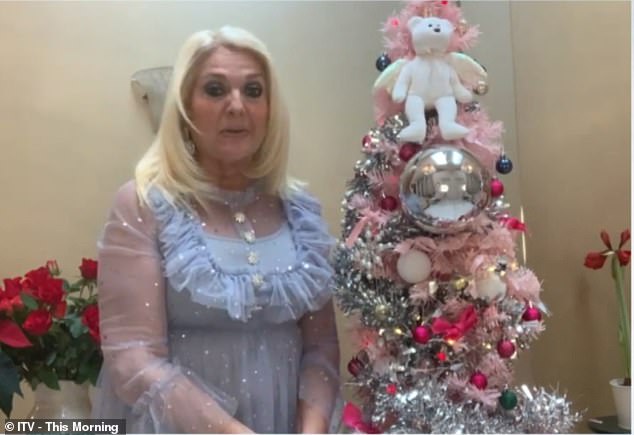 Next was one of the show’s hosts Vanessa, who showed off her eclectic pink Christmas tree decorated with several lights, tinsel and a matching pink care bear.

‘I would like to ask if i’m going to be condemned to the outer region of socially unacceptable?’, said Vanessa, ‘My tree is not real, it’s pink, it has tinsel, it doesn’t play a tune but I wish it did, it has two different coloured lights and I have a care bear on the top.’

William’s verdict: ‘Vanessa it looks like a piece of candy floss you dropped at a Little Mix concert.

‘It’s not a real tree, if you are going down the fake route at least make it green, because that is that is the colour of trees, trees are not silver generally.

‘The bauble is a rather distracting one, that large one.’