‘I’m not ready for motherhood to end yet’: Mother-of-two, 51, who is 20 weeks pregnant reveals how she was determined to have another child via IVF after doctors said that her eggs were too old

A woman, who refused to let age dictate her life, is expecting her third child at 51.

Helen Gration, who lives in York with her husband Harry, 68, and twin boys Harvey and Harrison, 16, is 20 weeks pregnant with child number three.

At 49, with her teenage boys running away to university soon, Helen Gration, realised she wanted to try for another child.

However the soon to be mother-of-three said she did not feel limited by her age, her body, or the menopause.

Writing in the Sunday Telegraph, Helen said ‘I’m not ready for motherhood to end yet.’ 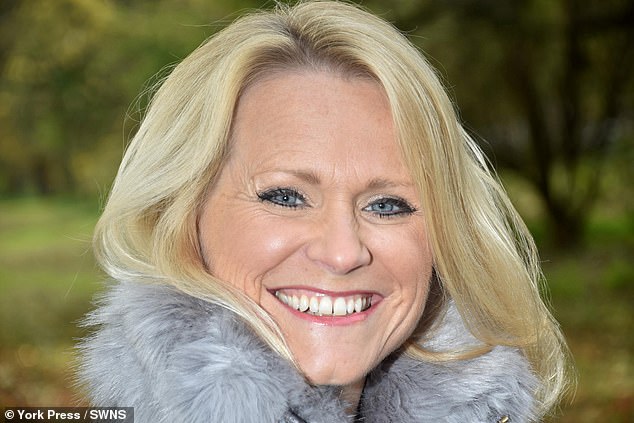 Helen Gration, 51, is twenty weeks pregnant with her third child. She realised she wanted to be a mother again at 49, while her husband Harry was 66

She said she wanted women to know that motherhood did not only apply to women in their 30’s anymore, and that innovations made it possible for older women to be pregnant too.

Helen’s second journey to motherhood had its ups and downs even though the healthy baby is now due in October.

She explained that she was taken aback when her fertility consultant told her that yes, she could have another baby, but not with her own eggs. With the consultant telling her that ‘they were too old and not viable.’

This did not deter Helen, who wanted to be a mother more than anything. The couple started looking for egg donor back in January 2018. 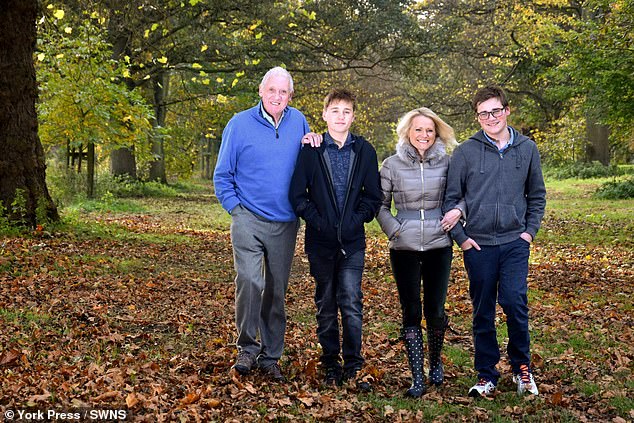 Pictured: Harry Gration, 68, with twins sons Harvey and Harrison, 16 and Helen Gration, 51. The woman got pregnant with the twins aged 35 and is now expecting child number three

Their consultant advised them to look into a clinic in Cyprus, as finding egg donors in the UK is a lengthy process. Regulations established by the Human Fertilisation and Embryology Authority do not permit treatment in women aged over 51 (because of menopause).

In January this year they travelled to Cyprus to have the In vitro fertilisation (IVF) done. Helen talked about her ‘relief’ when she found out the procedure was successful, but added she was aware of the health-risks surrounding pregnancies in women of her age.

These include pre-eclampsia – a condition which sees high blood pressures in pregnant women and usually affects their liver and kidneys – increased chances of Down-Syndrome in the infant and high risks of miscarriage.

But when a 12 week scan revealed a healthy baby, Helen was overwhelmed: ‘That was the moment I really began to believe motherhood was going to happen again,’ she wrote. 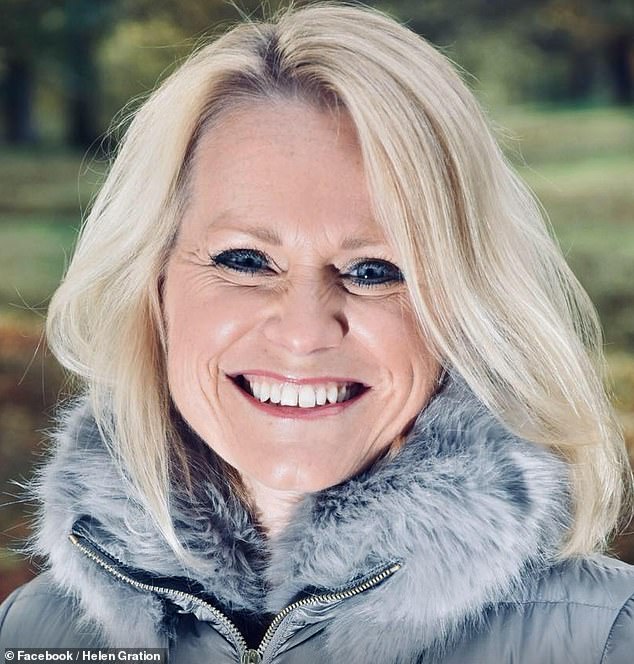 The mother-to-be said her decision to carry another child had been met with positive reaction. Other women of her age even shared with her their wish of doing the same.

Helen said she was not scared about the future: ‘I will remain active, and healthy, and be functioning well enough to get this child into adulthood,’ she wrote.

She also said she knew her new child would find two role models in their older brothers.

And while she doens’t know the sex of her next baby yet, she said that either boy or girl, the kid’s name would start with a ‘H.’

Helen became pregnant with her twin boys aged 35, and said it was a turning point in her life at the time.

The TV news director, who had always been focused on her career, left her BBC role behind for a career change and embraced motherhood.

She had Harvey and Harrison through IVF as well, and shortly after their birth, opened a nursery of her own.