Is YOUR man a deodorant dodger? As Matthew McConaughey’s remarks about going au natural resurface, expert reveals how to tell your partner they need to freshen up – from ‘using humour’ to ‘finding a fragrance’ that suits them

Experts have revealed how people should be gentle and avoiding shaming a partner when talking about their personal hygiene after Matthew McConaughey confessed he hasn’t worn body spray in three decades.

A slew of celebrities’ personal hygiene habits have come into question after it emerged that Ashton Kutcher and Mila Kunis only bathe their children when they can see ‘visible’ dirt on them last month.

And the Oscar-winning actor was dragged into the debate after reports resurfaced of the actor, 51, announcing that hasn’t used deodorant in  30 years.

He previously revealed that his aversion to body spray came up while he was filming Fool’s Gold in 2008, with his co-star Kate Hudson requesting he give himself a spritz while they filmed together. 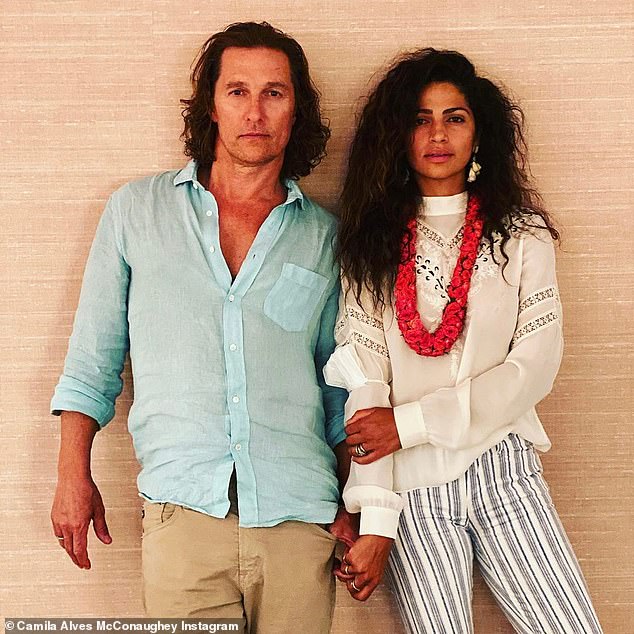 Matthew recalled in an interview with Playboy at the time: ‘She always brings a salt rock, which is some natural deodorant, and says, ‘Would you please put this on?’ I just never wore it. No cologne, no deodorant.

‘The women in my life, including my mother, have all said, ‘Hey, your natural smell smells, one, like a man, and, two, smells like you.”

Matthew isn’t alone in his decision to shun deodorant, Cameron Diaz and Bradley Cooper have also claimed never to spray their underarms.

However experts told FEMAIL that those who want to approach their partner about their body odour with humour and find a fragrance which suits them.

1. Start with a conversation instead of a confrontation

Sonia Khan, the senior pharmacist at Medicine Direct, said partners should aim to find resolution without conflict when approaching the topic.

She said: ‘It is important to go in soft, you don’t want to embarrass your partner by going in too blunt and calling them out on their lack of hygiene.

‘Start by asking a question, as to why they don’t wear deodorant? Its always better to address something like this as a conversation rather than a confrontation.

‘By opening up as a conversation you also get to hear their thoughts or reservations about why they don’t wear deodorant.’

She added: ‘Most of the time, something hygiene related will be down to bad habits or forgetting to buy the deodorant, in which case you can help the person remember or even buy the product for them.’ 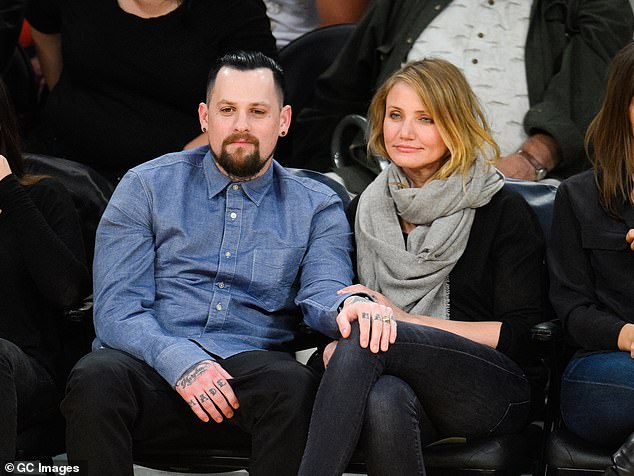 Cameron Diaz, 48, previously said anti-perspirant was ‘really bad for you’ and said she doesn’t use any spray on her body (pictured with her husband Benji Madden)

Sonia continued: ‘People like to make their own decisions without being forced or pushed into doing something. It is important not to push your own beliefs onto a person.

‘Forcing your opinions or recommendations onto someone can sometimes have the exact opposite effect and push them further the other way.

‘Try and subtly point them in the right direction of a product that you think may be right for them, for example a deodorant specifically for sporty people or a deodorant for sensitive skin which may be of interest to them.

‘There is a fine line between a subtle hint and a hard sales tactic, you should try and always read the situation and the reaction of the person you are talking to in order to ensure you are not making them feel uneasy.’

Sonia said: ‘Sometimes, people just do not take a subtly hint or the planting of a seed. In this case it may be time for some hard facts and directness.

‘However, before you do that a great way to plant the seed is to disguise your statement as a compliment, for example, ‘you smell better when you wear your deodorant’.

‘Subtly planting the seed can encourage and give them a prompt to start wearing deodorant again.

‘When subtle hints and planting the seeds do not work, there is no getting away from how awkward these sorts of conversations can be, however; most people will have no idea how other people perceive their hygiene so for some it may come as a welcome surprise whilst for others it may cause embarrassment and self-consciousness.

‘For the conversations that require a little bit more of a blunt punchline, try and portray your feelings with more of a humorous spin, this will help to lighten the mood and ensure that your boyfriend does not feel as embarrassed.’ 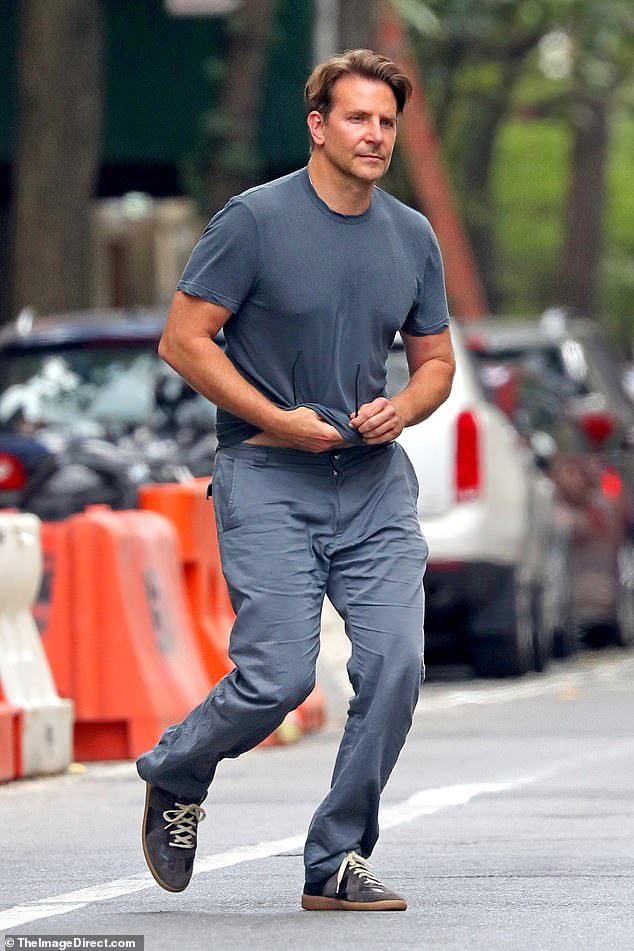 Matthew isn’t alone in his decision to shun deodorant, Cameron and Bradley Cooper have also claimed never to spray their underarms

4. Show you’re on the same team

Meanwhile dating expert for Match, Hayley Quinn said: ‘Poor hygiene can have a negative knock on effect in your relationships.

‘It can make it hard for you to feel relaxed staying at someone’s home if their sheets are unclean, and it can be really off putting for physical intimacy if you feel like they’re not clean enough!

‘It’s worth remembering that people do have different standards for cleanliness, so put your views across in a way that’s diplomatic as opposed to judgemental.

‘If you’re not happy with your dates hygiene, bring it up, and if you can both resolve this then it’s a good indicator of your compatibility too.

‘To make it sound softer you can use the word ‘we’ to make the other person feel included in your suggestions, “we really need to get you a good supply of loo roll and soap in this bathroom…” is a good way of getting your point across in a subtle way that doesn’t embarrass your partner, but suggests action to be taken on the issue.’

THE SCENT OF SUCCESS? ALL OF THE CELEBS WEIGHING IN ON THE HOLLYWOOD BATHING DEBATE

Ashton Kutcher: ”I wash my armpits and crotch daily and nothing else ever’

Mila Kunis: ‘I wasn’t that parent that bathed my newborns, ever’

Kristen Bell: ‘We don’t have a ton of water, so when I shower, I’ll grab the girls and push them in there with me so we all use the same shower water’

Dwayne Johnson: ‘I’m the opposite of a ‘not washing themselves’ celeb’

Terry Crews: ‘I love to shower. I love to, because I spend so much time sweating’

Chris Evans: ‘I shower all the time!’

Jodie Turner-Smith: ‘Before you lot even ask: in this house, we bathe’

Jake Gyllenhaal: ‘More and more I find bathing to be less necessary’