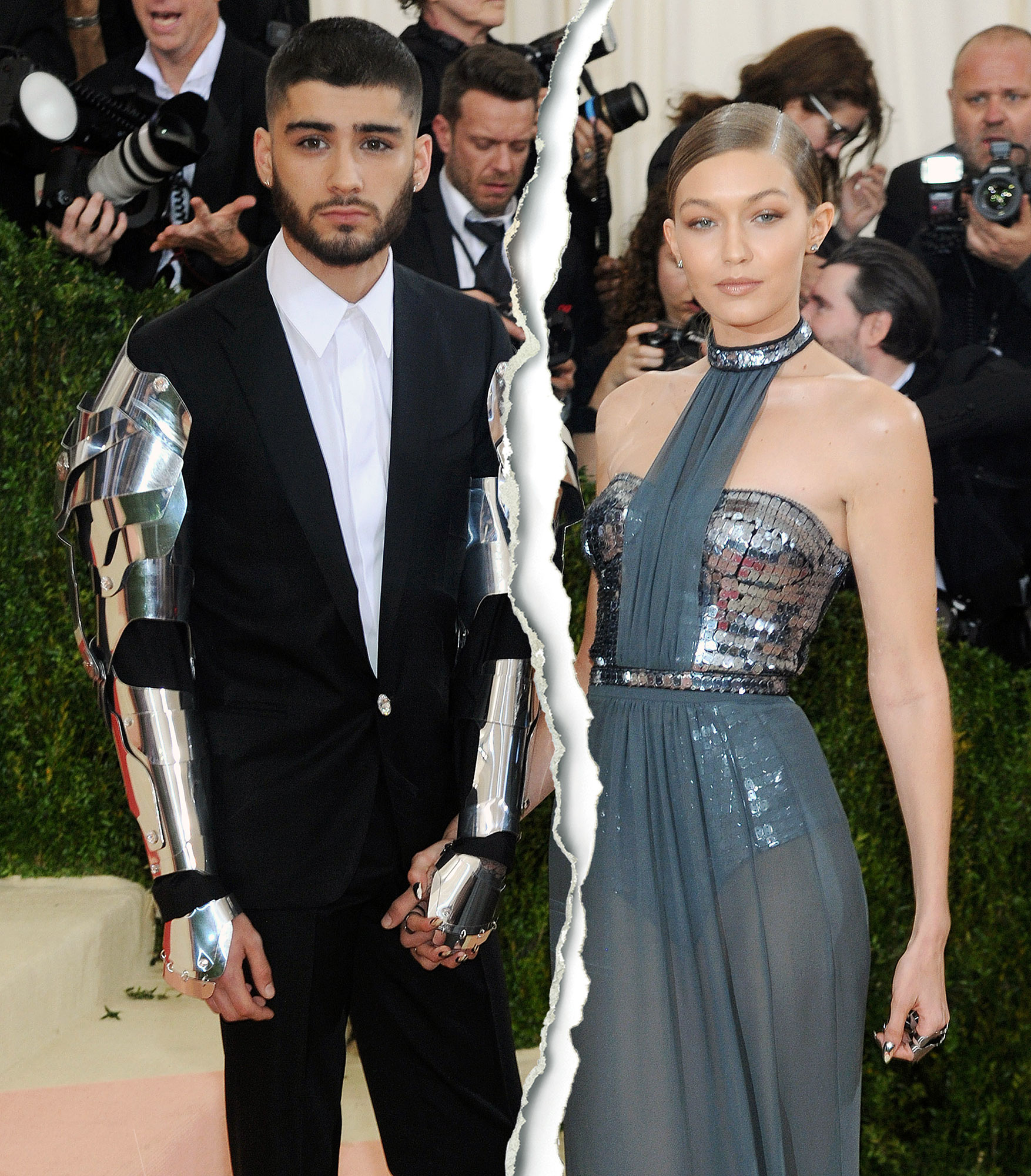 Zayn Malik and Gigi Hadid have split amid Yolanda Hadid’s claims about an alleged altercation with the musician, multiple sources confirm to Us Weekly.

“Zayn and Gigi have silently separated,” a source exclusively tells Us of the pair, who share 13-month-old daughter Khai. “They’d been having problems for a while and tried to figure them out, but it just wasn’t working.”

According to the insider, “some of their issues” may have stemmed from an “irresponsible” incident involving the 28-year-old singer, who got into a fight outside of a New York City bar in June. The 26-year-old model “wasn’t happy” with what went down, the source adds.

Ultimately the pair, who reconnected in January 2020 following five years of dating on and off, “just grew apart,” the source says, adding, “Gigi has been busy with her modeling career and is leaning on her mom, Yolanda, and sister Bella [Hadid] for support.”

Malik “continues to be very much involved in Khai’s life,” according to the insider. “He and Gigi still care deeply for each other.”

Gigi Hadid and Zayn Malik: A Timeline of Their Relationship

A second source tells Us the twosome “have been broken up for almost five months now.”

News of the duo’s split comes shortly after TMZ reported on Thursday, October 28, that Yolanda, 57, claimed she was “struck” by Malik during an argument. The singer responded in a lengthy Twitter statement that afternoon after Us reached out to Yolanda’s rep for comment.

“As you all know I am a private person and I very much want to create a safe and private space for my daughter [Khai] to grow up in,” he wrote on Thursday. “A place where private family matters aren’t thrown on the world stage for all to poke and pick apart. In an effort to protect that space for her, I agreed to not contest claims arising from an argument I had with a family member of my partner’s who entered our home while my partner was away several weeks ago.”

The U.K. native explained that he wished the alleged incident had stayed “a private matter,” but added that he was hopeful that there would be “healing for all involved with the hard words shared.”

He later issued a stronger statement to TMZ, telling the outlet, “I adamantly deny striking Yolanda Hadid and for the sake of my daughter I decline to give any further details. I hope that Yolanda will reconsider her false allegations and move towards healing these family issues in private.”

While Yolanda has yet to address the situation, a spokesperson for the model told E! News on Thursday, “Gigi is solely focused on the best for Khai” and is asking for “privacy during this time.”

The exes originally started dating in November 2015 before calling it quits less than one year later. They broke up and got back together several times before Us confirmed their reconciliation in January 2020. Three months later, multiple sources confirmed Gigi’s pregnancy.

“[Gigi has] always wanted to start a family with Zayn,” one insider noted in April 2020.

Khai was born five months later and the proud parents later took to social media to announce their daughter’s arrival.

“Our baby girl is here, healthy & beautiful,” Malik tweeted at the time alongside a photo of him holding his daughter’s fingers. “To try put into words how i am feeling right now would be an impossible task. The love i feel for this tiny human is beyond my understanding. Grateful to know her, proud to call her mine, & thankful for the life we will have together x.”

Everything Gigi Hadid and Zayn Malik Have Said About Parenthood

Gigi added via Instagram the same month, “Our girl joined us earth-side this weekend and she’s already changed our world. So in love.”

In October 2020, an insider told Us that things were “going really swimmingly” at home for the family of three. “Gigi and Zayn are loving parenthood and can’t get enough of their little girl,” the source said, adding that the California native was focusing on “appreciating every moment” with her daughter and Malik.

Earlier this year, Gigi opened up about how the X Factor UK alum found a place for himself in her family.

“At first he was like, ‘How do I get a word in edgewise?’” she told Harper’s Bazaar in July. “But now he is very comfortable. He speaks his mind. When he’s in the middle of a family thing and everyone’s like, ‘Zayn, whose side are you on?’ … He’s charming.”