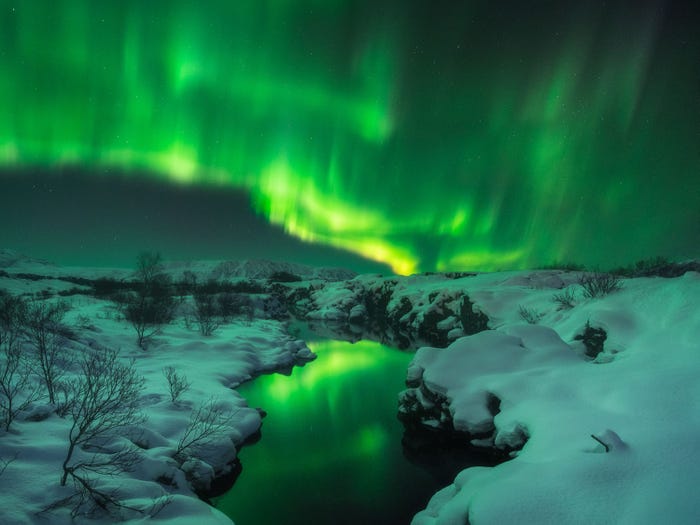 Here are 10 images from this year's collection. You can view all 25 photos on Capture the Atlas. 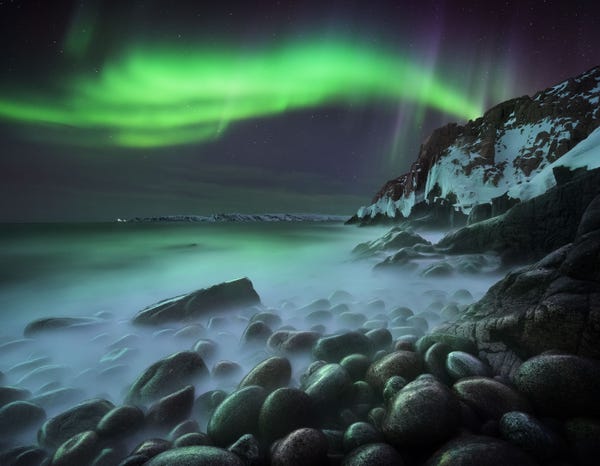 "I've been hunting landscapes and Northern Lights on Russia's Kola Peninsula for several years and I still find new spots," Sergey wrote. "I found this stone beach on the coast of the Barents Sea a few years ago. At the time, I was mesmerized by the shape of the boulders, which moved with the rumble of the ocean waves, as well as the steep mountains rising from the sea." 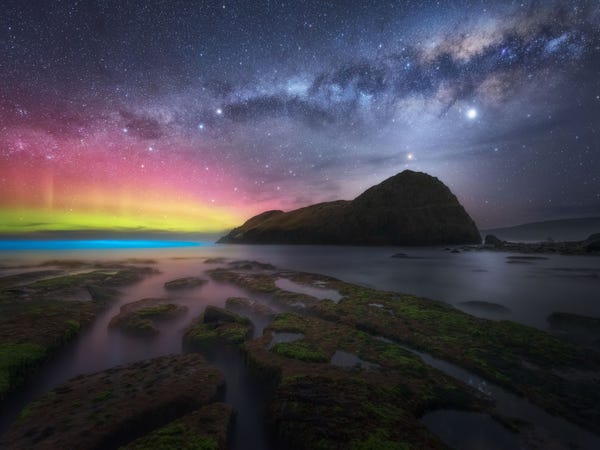 "Having been out of reception and civilization for over a day, fellow photographer Luke Tscharke and I had no idea the aurora would strike on this night," Maze wrote. "We'd just heard rumors of a potential solar storm. We could barely contain our excitement when the lights first showed up on our camera's screens. We later realized we were in the best place on the entire continent to witness the rare show, with Lion Rock being on the southernmost cape of Tasmania and much more cloud-free than the rest of the state at the time." 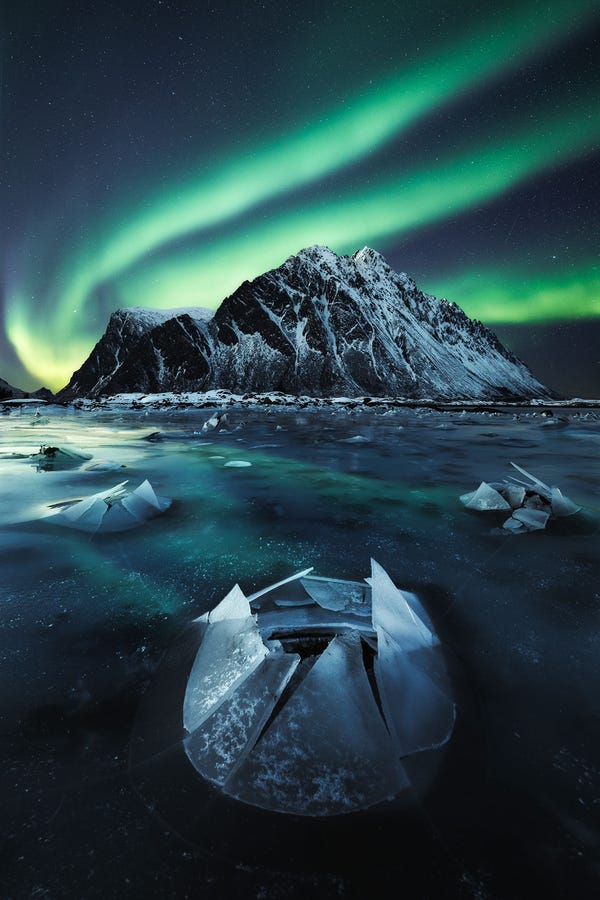 "I found this unknown place on the Lofoten Islands as I was moving around the Gimsoya Islands," Hilevych wrote. "That night was very cold, with temperatures reaching -20 degrees Celsius (-4 Fahrenheit). It was probably one of the best shows of watching and photographing the Northern Lights I've ever experienced, because in a place like this, it's not easy to find something new with such a magical foreground and the … Northern Lights dancing all night long."

Benjamin Eberhardt captured this photo at the IceCube Neutrino Observatory in the South Pole. 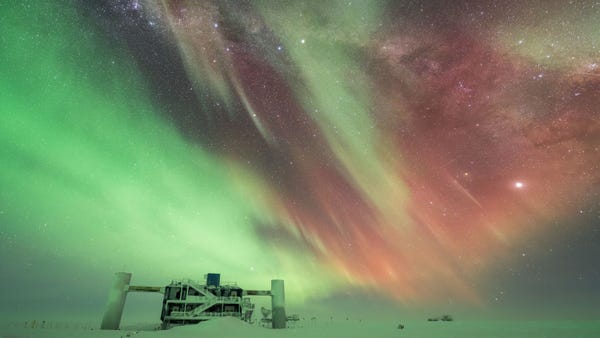 "The South Pole is probably one of the most remote and challenging environments to do photography, and it is strenuous for both humans and technology," Eberhardt wrote. "To achieve 24 hour-long time-lapse shots, you need some creativity to heat and insulate your equipment in order to keep it running, and even rotating, in temperatures ranging down to -80 degrees Celsius (-112 Fahrenheit). In my case, this was a learning curve over multiple months, with a lot of trial and error and frostbite. On the upside, once you have tackled all the challenges, you have plenty of reasons to be proud of your shots."

Agnieszka Mrowka captured the "Convergence" of the Northern Lights in Jökulsárlón, Iceland. 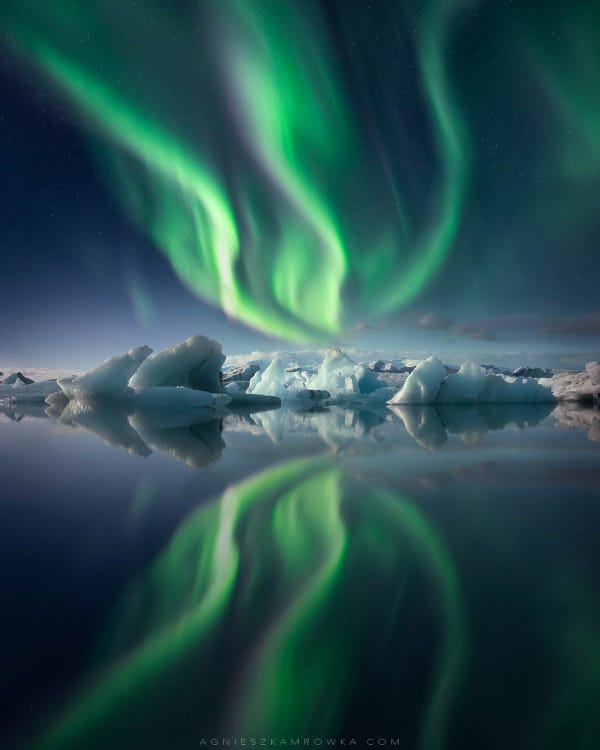 "It was late September 2020, and finally, the perfect conditions for the Northern Lights came together … unusually calm weather and the moon illuminating the ice of the most popular glacier lagoon in Iceland," Mrowka wrote. "It was a fierce and peaceful night to remember."

In "Finland At Night," photographer Kim Jenssen was about to give up on seeing the Northern Lights when they suddenly appeared. 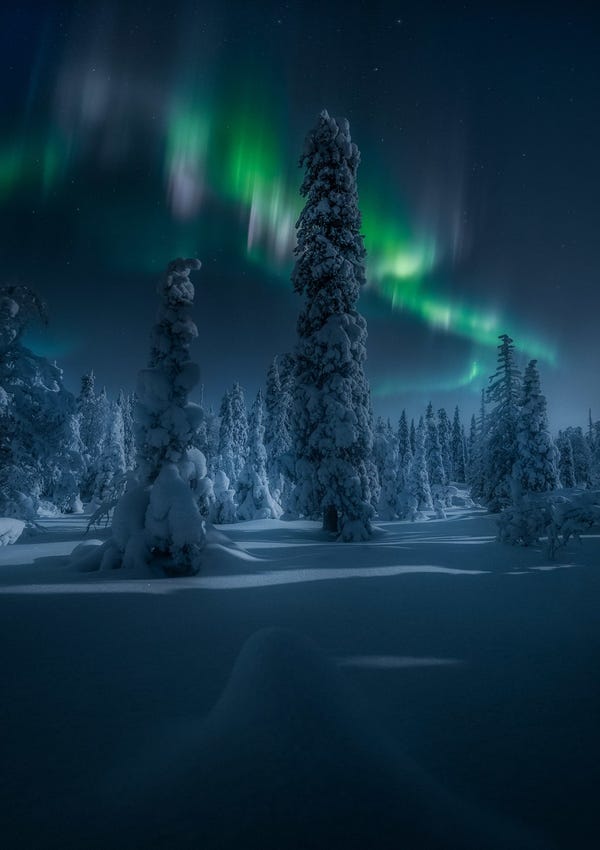 "After spending many hours waiting in the cold forest of Ruka, Finland, at -36 degrees Celsius, and without any visible aurora activity, we decided to walk back to our cars," Jenssen wrote.
"On the trail down, I saw something on my left side and told my friend to stop and wait. Suddenly, the aurora started to 'dance,' and all I had to do was to jump in the snow, get my camera ready, and shoot! There was no planning or time to focus on composition. After five minutes, the Northern Lights disappeared, but it was a night with a happy ending." 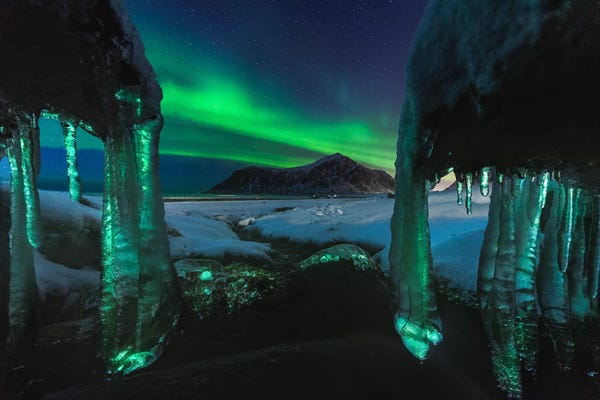 "These beautiful icicles were created by thawed ice that froze over," Hellwig wrote. "I noticed this place during the day, and when the Northern Lights were visible, I returned to photograph it."

Ole Salomonsen took this photo, titled "Spring Fireworks," at the end of the Aurora season in the Arctic. 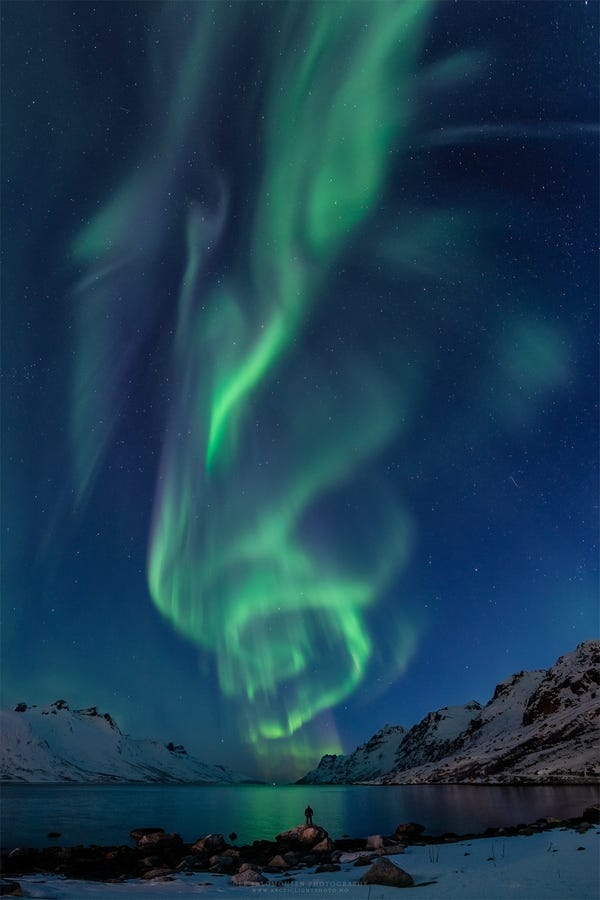 "That night was one of those when the forecast was uncertain, but I decided to go out to this fantastic location called Ersfjordbotn, which is a 20 minute drive from the City of Tromsø, and I was so glad that I did it," Salomonsen wrote. "A magnificent display took place over my head after one hour of waiting. I shot many different images, but this one stretching all over the sky with me standing on the rock in the foreground shows very well how amazing and large the auroras can be."

Iurie Belegurschi called this photo "Symphony of the Lights." 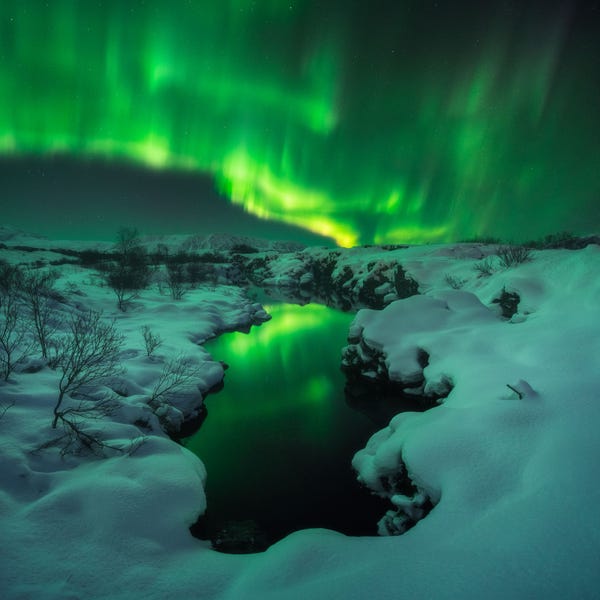 "My plan for the night was to photograph the Northern Lights at Thingvellir National Park, Iceland," Belegurschi wrote. "The day before the chase, there was a blizzard and the roads were full of snow. After waiting four hours for the Aurora to show up with no luck, I decided to drive home. My car got stuck in the snow and, when I was waiting for help, the Northern Lights finally showed up and 'danced' for about ten minutes. I was lucky to get stuck next to this pond and take this shot with the Aurora reflected on the water."

Mohad Almehanna was in Canada's Yukon when he took this photo, "When A Dream Became A Reality." 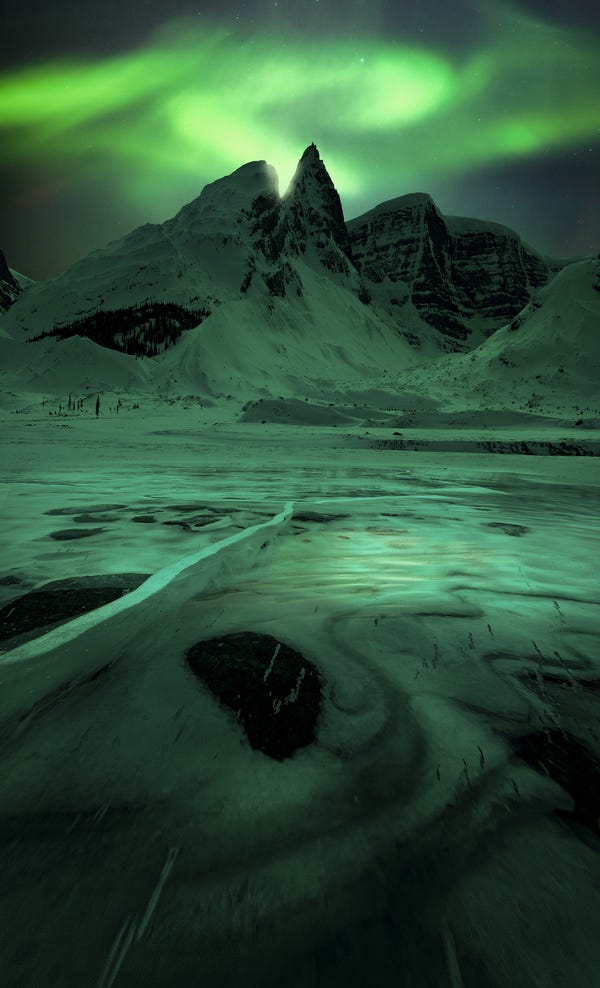 "The day I took this photo, the weather was extremely difficult; the temperature was 20 degrees below zero and the strong wind didn't make the situation any easier," Almehanna wrote. "… The overwhelming feeling of seeing the spectacular phenomenon for the first time and racing against time and cold to get the photo was such a thrill that I want to experience again."