Scotland’s Highland region has agreed to charge tourists a £1-a-night tax after struggling to cope with an increasing number of visitors.

The Highland Council backed the idea of the controversial tax, which could be introduced by 2021, at a council meeting yesterday.

It hopes the money can be used to pay for public facilities so visitors aren’t left with a ‘negative impression’ of the popular destination. It comes after Scottish MSPs were told during a tourism committee meeting last year that people were being put off visiting the Highlands because they ‘have to go to the toilet behind a bush’. 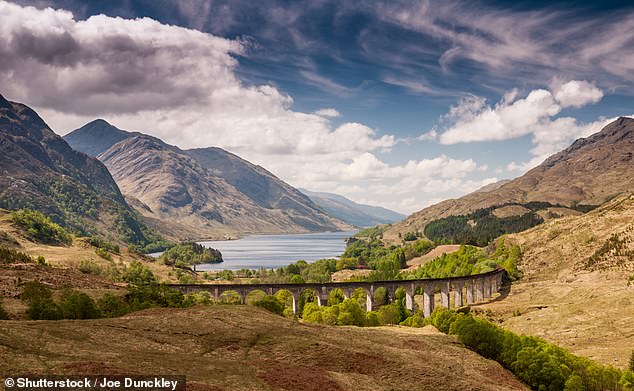 Scotland’s Highland region has agreed to charge tourists a £1-a-night tax after struggling to cope with an increasing number of visitors. Pictured is the Glenfinnan Viaduct

But tourism bosses say a tourist tax is the wrong way to address the challenges caused by booming tourism and could damage the industry.

The Highland region is known for its scenic beauty and tourism is its most important industry, supporting 25,000 jobs. According to council figures 6.5million visitors came to the area in 2018.

It has attractions including Loch Ness, Ben Nevis, the Moray Firth, Inverness and the Isle of Skye.

In a report to council bosses last year, officers estimated that a so-called ‘transient visitor levy’ could raise between £5million and £10million a year.

Under the proposal, Highland Council will impose a rule that hotels and other businesses would have to charge visitors extra money to offset the impact of growing tourism on local infrastructure.

The tax could also affect wild camping, a popular pursuit among walkers and climbers in places like the Cairngorms.

The Scottish Government committed to passing legislation by 2021 which would enable local authorities to levy the tax if they so wished, meaning the council could introduce it as early as then.

A public consultation on the idea suggested two-thirds of people are in favour, with more than 75 per cent of local residents agreeing with it. 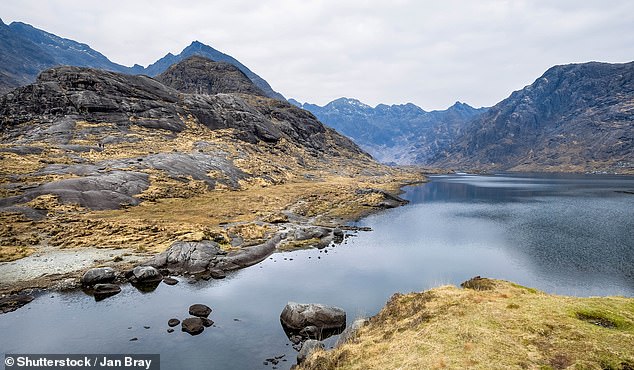 It is estimated that a tourist tax in the Highlands could raise between £5million and £10million a year. Pictured is Loch Coruisk on the Isle of Skye

Forty-seven per cent of businesses were in favour, while 44.2 per cent were against.

Speaking at a council meeting yesterday, Cromarty Firth councillor Maxine Smith said: ‘We love tourists in the Highlands, and they spend millions here, but they don’t bring it to council, they bring it to business, and we have to do all the extra work, pick up the tab of public services.’

The move for a tax was backed by 44 votes to four, with seven abstentions.

But Stewart Nicol, chief executive of Inverness Chamber of Commerce, said: ‘We are bitterly disappointed at the council’s decision.

‘This sends out a potentially damaging message to visitors who wish to come to the Highlands but may now decide to go elsewhere.

‘Imposing a local tax on visitors gives a clear statement that this area will be more expensive than others to visit.

‘It will almost certainly influence where visitors will choose to stay and also be an additional layer of complexity to local taxation which could deter inward investment. 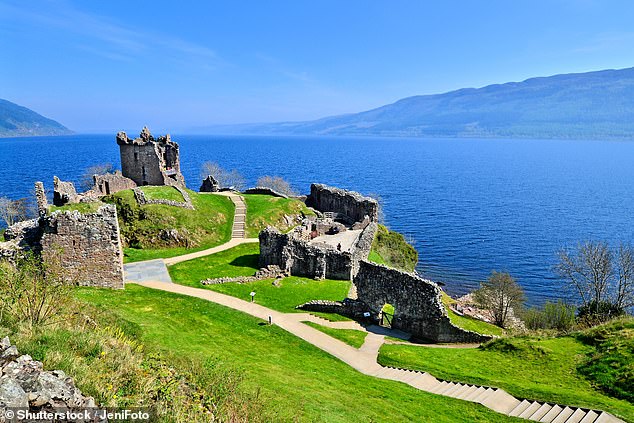 The Highland region is known for its scenic beauty and tourism is its most important industry. Many tourists visit Loch Ness, pictured

‘The tourism sector is already facing unprecedented challenges with recruitment and retaining of skilled staff, a situation critically exacerbated by the prolonged and damaging uncertainty around Brexit.

‘The sector has been under significant cost pressure in recent years, particularly around business rates.

‘Regardless of how the levy is framed, this would act as a further unwelcome tax on this hard-pressed sector.’

David Richardson, from the Federation of Small Businesses Scotland, added: ‘Many questions remain to be answered, and the FSB will do everything possible to ensure that any new tourist tax is both fair and equitable and that it does the least possible damage to our most important industry.’

A spokesperson for the Scottish Tourism Alliance (STA) said in response to the decision: ‘The STA is disappointed but not surprised that Highland Council has voted to explore the idea of a tourist tax in more detail and start drawing up plans for what the implementation might look like, given the variations in support for the tax in its consultation.’

Bath has previously planned to lobby the government for the power to charge its many visitors a tourist tax along with Edinburgh.