The airline's Cranebank hub was the bustling heart of the aviation world for decades. 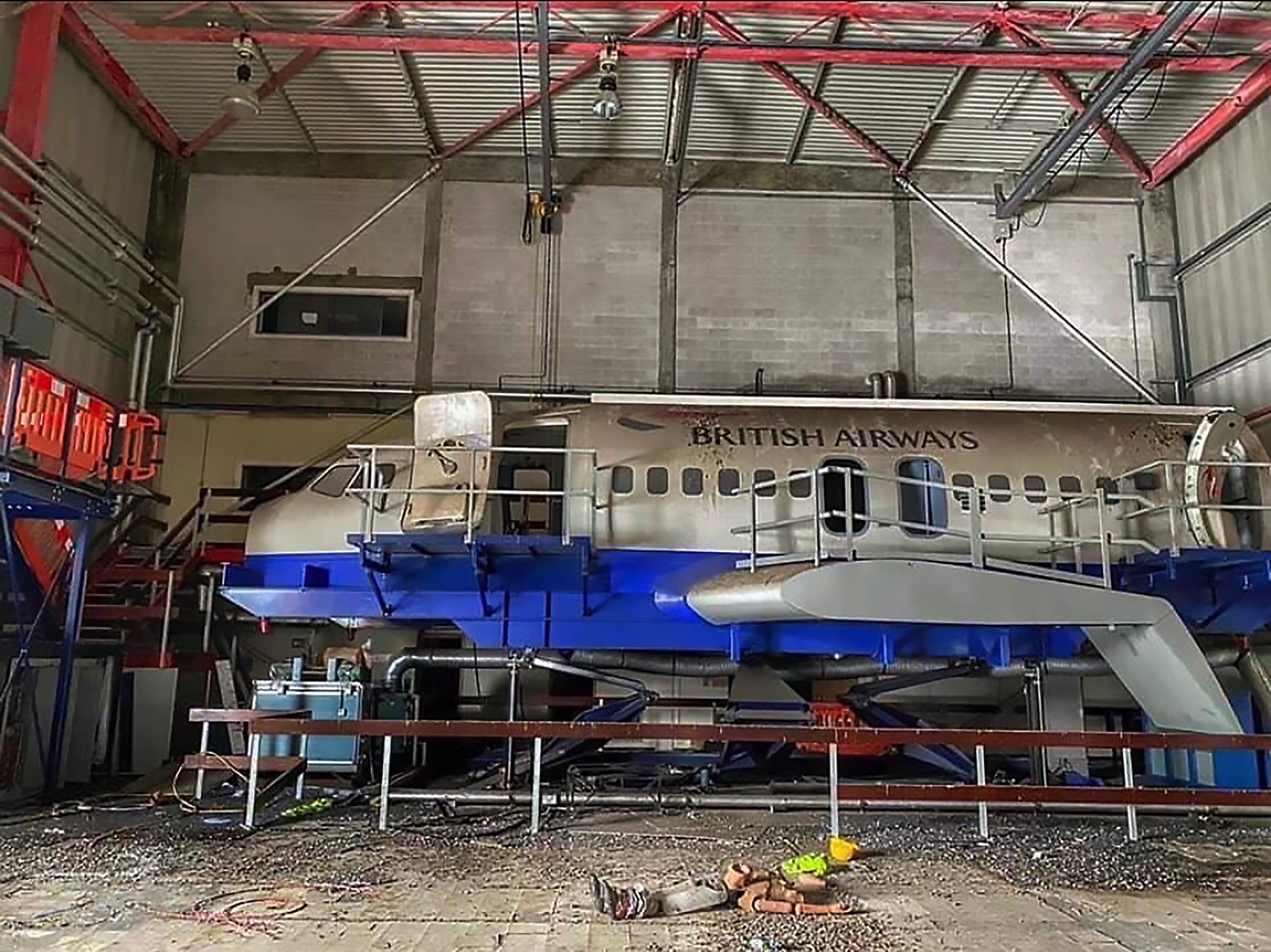 But the vast site at Heathrow – a few jet-wings from the live runways – has been left to rot.

Eerie snaps give a glimpse of another world, with layers of moss and dust covering one-time critical training equipment.

Flight simulators used by pilots to execute their professional teaching modules lie unused beneath layers of dirt and grime.

Inside model plane interiors, rows of aircraft seats are caked in dust. 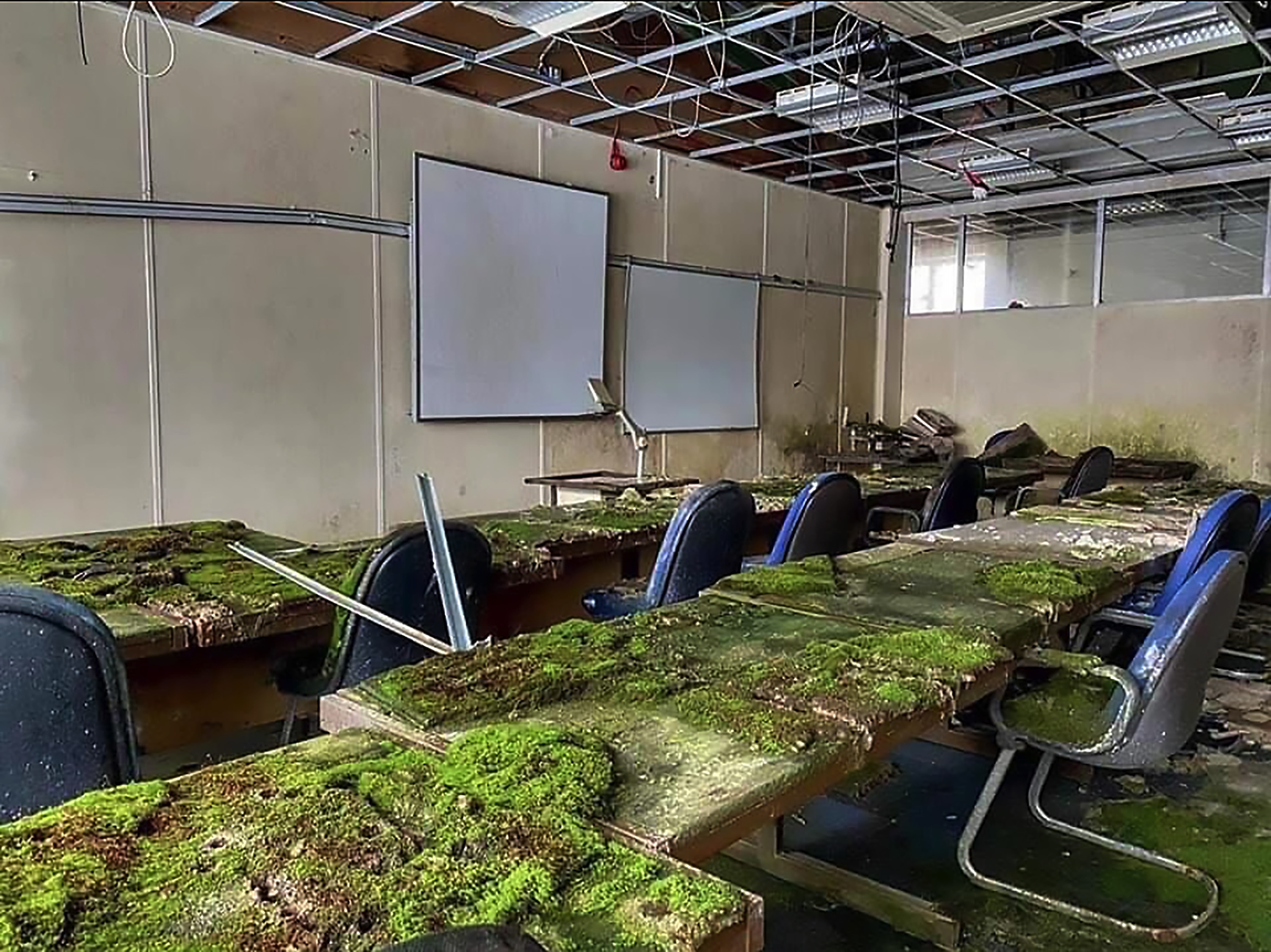 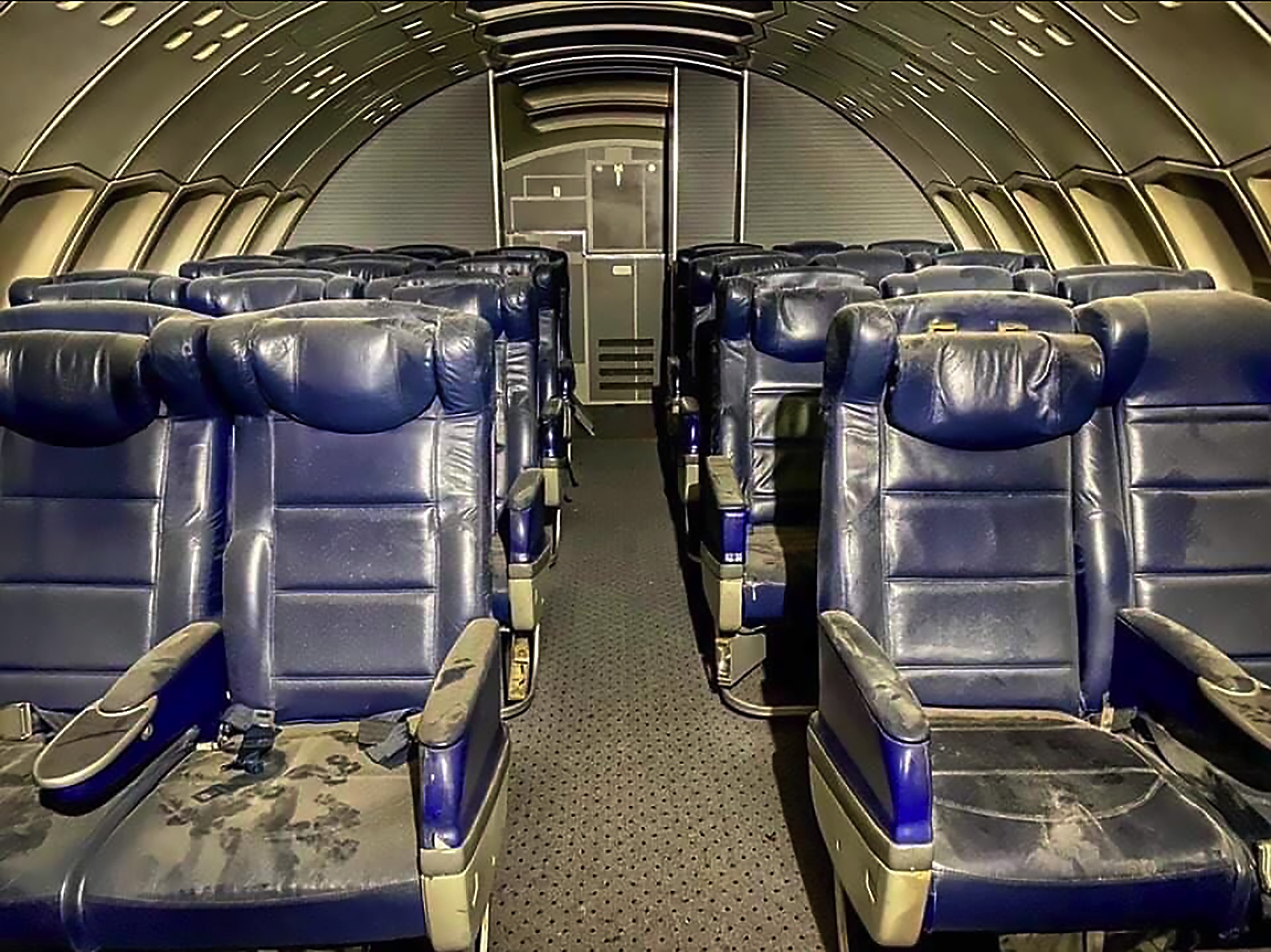 Hangars, once a thriving community for thousands of airline staff, have been allowed to turn derelict.

Desks where crew were given last minute lectures before flights are covered in moss and mould and plaster from crumbling ceilings.

Training manuals are almost obscured in dirt after being abandoned for years.

An airline insider told The Sun: "It's a spooky scene inside the former BA training centre. 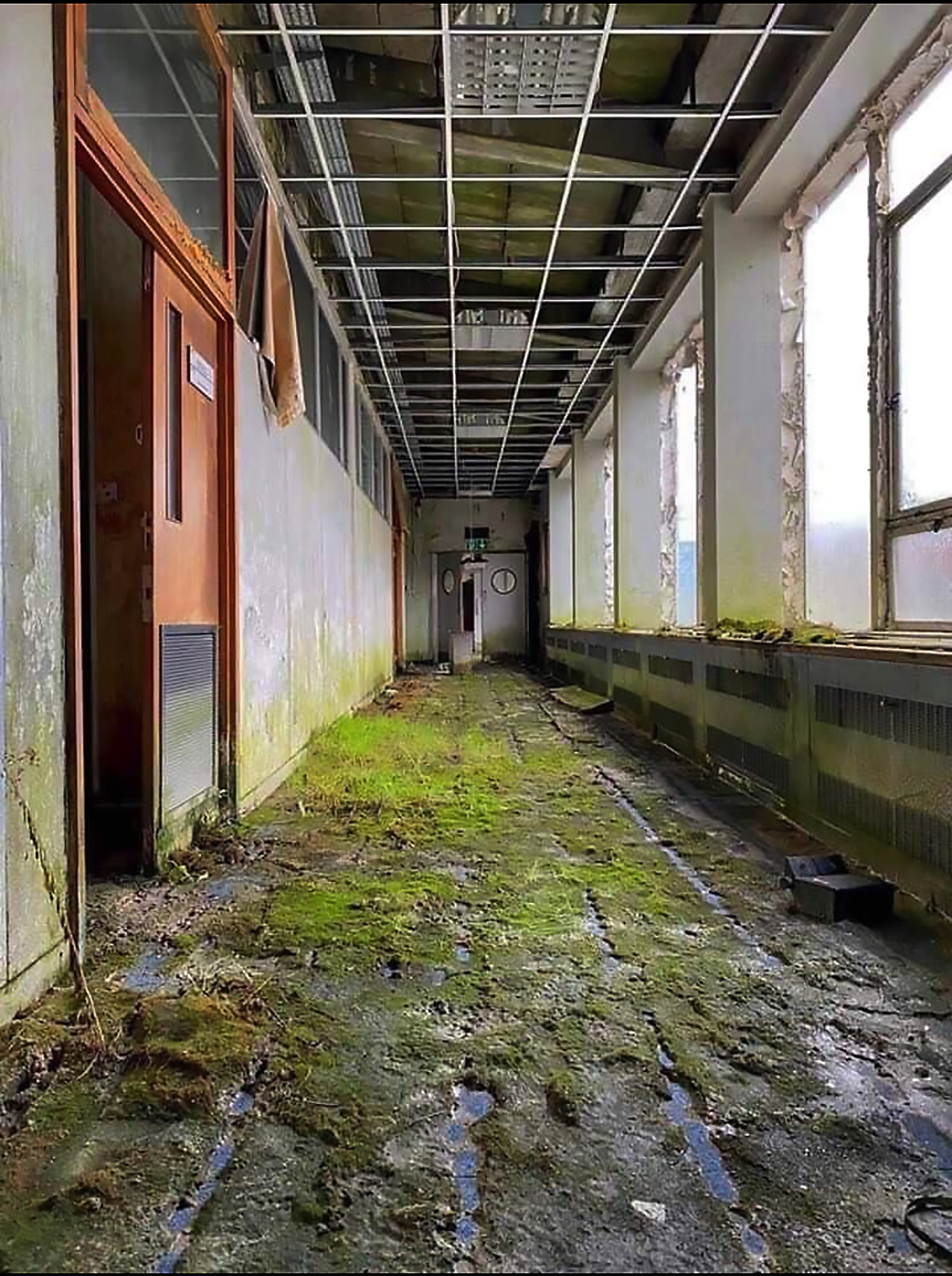 "It's a sad sight, and unbelievable that Cranebank was seemingly abandoned overnight.

"It could be a scene from a post-apocalyptic action movie; with the once bustling hub abandoned overnight.

"It is a real shame the simulators and other equipment were not given away to charity or museums.

"The millions of passengers passing through Heathrow in recent years would have no idea this lies at the beating heart of the airport.”

At Cranebank, staff used to be put through their paces in case of inflight emergencies. Real-life scenarios played out there included cabin crew escaping from a plane down a chute. 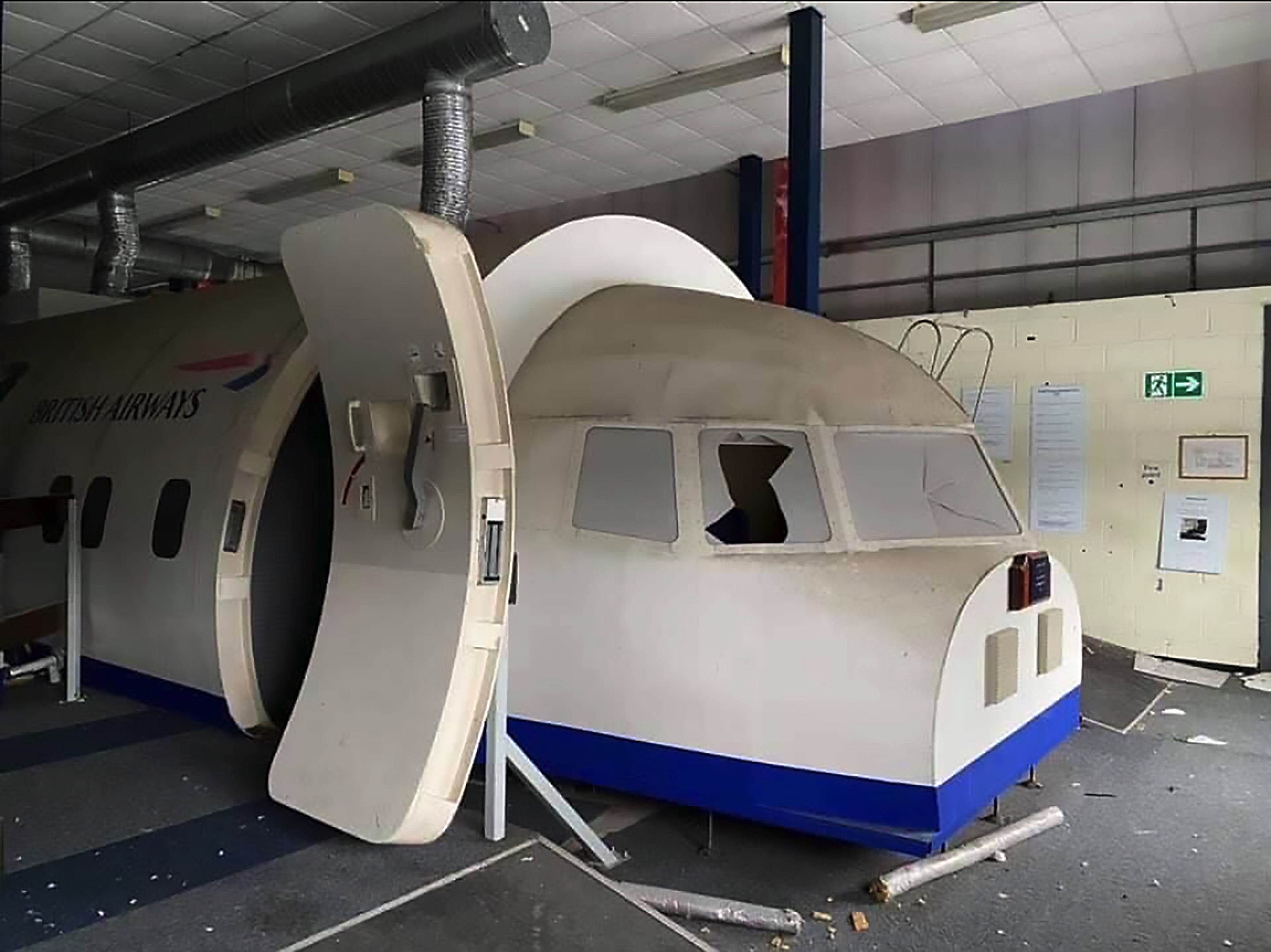 They also got the chance to enter a smoke chamber, experience a pilot incapacitation exercise, and practise getting people onto a life raft if a plane lands in the sea.

Pilots and cabin crew were based at the hub, east of the two main Heathrow runways, which was understood to have had issues with asbestos.

BA has not used the site for at least five years. The airline now trains staff at its ‘global learning academy’ nearby.

The startling snaps were taken as the dilapidated premises was sold to developers, who will transform the site for industrial use.

An airline spokesman told The Sun yesterday: “This facility has not been used by British Airways for several years.”