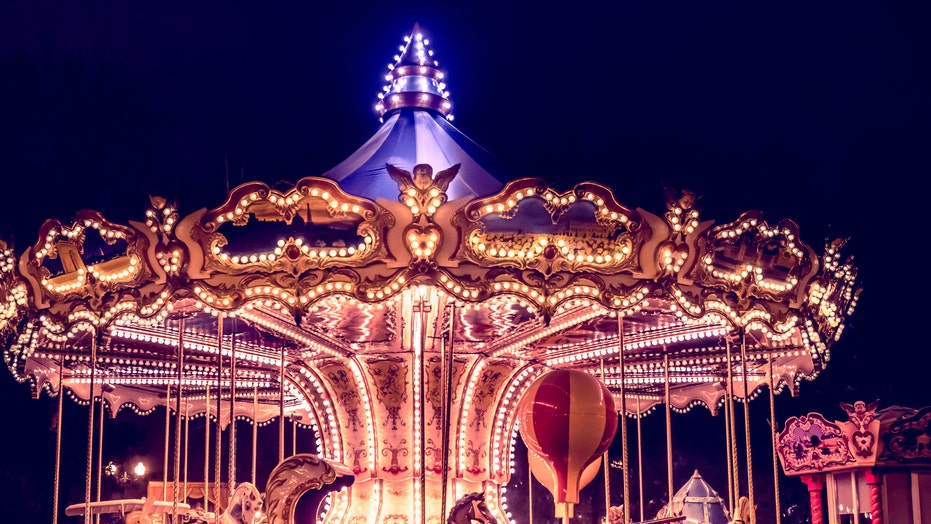 Fox Sports celebrates 26 years with a carnival on Fox Square

Fox Sports rolls into Fox Square with a carnival to celebrate 26 years.

This carnival became a circus in all the wrong ways.

Local officials in Alabama have apologized after an “unfortunate” incident unraveled at a carnival, during which a risqué photo shoot was staged at the family-friendly event.

A spokesperson for the city of Clay shared an apology to Facebook on Thursday on behalf of carnival operator C&M Southern Midways, expressing regret for the Wednesday night mishap.

“CNM Midways apologizes for the events that took place last night at the carnival. They were misled by the production company as to what type of photo shoot would be occurring on the premises,” the post explained.

Photos of lingerie-clad women posed in provocative positions on classic carnival rides at the Clay event caused a commotion when they hit social media this week, WIAT reports. The images have since been removed from local Facebook groups.

Clay Mayor Charles Webster and City Manager Ronnie Dixon immediately shut down the carnival on Wednesday night when they learned of the photo shoot fiasco, the outlet said.

The carnival operator also offered a "sincere apology" to the community by waiving admission fees to all rides on Thursday night.

“The carnival strives to provide a fun, family-friendly event and would love to treat Clay to a night of free rides,” the post stressed. “Again, they apologize to anyone who may have been offended by the unfortunate event. It was truly a mistake due to misleading and false information from the third-party production company.”

According to the comments on the apology post, locals didn't appear to be too ruffled by the scandalous turn of events, and happily accepted the deal.

“We went and the kids had a blast! The workers were wonderful! Great family fun!” one user exclaimed.

“Let’s take the kids,” another told a friend.