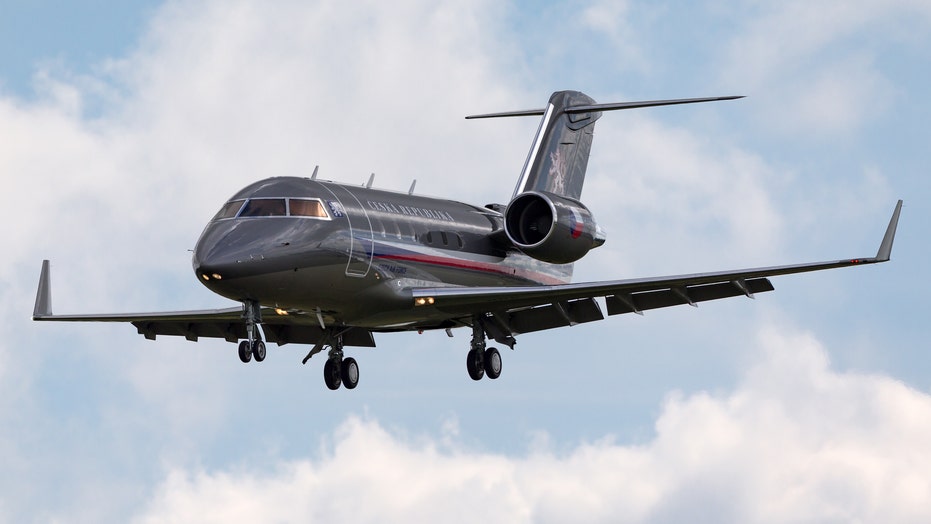 Now it all makes plane sense.

An Arizona couple has learned the origin of the airplane piece that landed in their backyard last week, joking that their young sons enjoyed playing with the mystery item before it was reclaimed.

Charlie and Jaclyn High were surprised to find an inexplicable piece of white metal in the yard of their Phoenix home on Friday, CBS5 reports. The outlet speculated that the plate-like object, measuring about a foot by a foot and a half and weighing about 2 pounds, perhaps fell from an aircraft restroom as a plane had passed overhead.

"I was very thankful my kids weren't outside, even my dogs," Jaclyn said of the scare. "It missed my tortoise, but I'm glad it didn't hit a car that somebody was driving."

The High family shared their story with local media, and a pilot from the nearby Scottsdale Airport soon came forward to claim the item.

Greg Laabs, general manager of maintenance for the private Gemini Air Group, confirmed that the piece fell from a servicing door for the lavatory system of a Challenger 601 plane, owned by one of the company's clients.

Because the Highs live just a few miles from the air hub, Laabs guessed that the piece plunged during takeoff.

“We're not sure what caused it to come off. At this point, we know the latches are latched,” he told the outlet. “It could have been a failure. We're investigating that right now."

Though Highs were glad that the plane part was reclaimed by its rightful owner, at least two family members might be feeling bittersweet about the return.

"For the past few days the boys have been carrying it around the backyard, playing with the tabs and talking about their plane part," Charlie explained. "They've been liking it. They love airplanes."

The FAA has reportedly been informed of the incident.