AN American Airlines flight was joined by a surprise passenger, after a baby kangaroo was spotted on the plane.

The joey, called Harry, was travelling from North Carolina to Virginia on the flight. 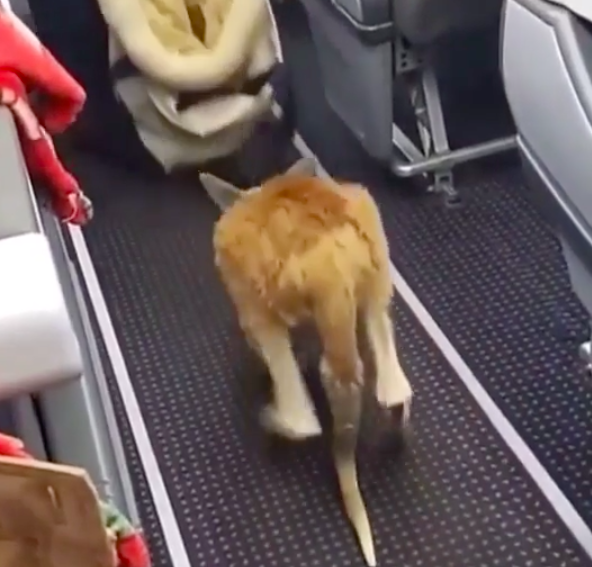 He was being transported as part of a wildlife conservation project, and was accompanited by his handler on the journey.

In the video, the baby kangaroo is seen hopping down the aisle of the empty cabin, as one of the crew hold a fleecy pouch for him to jump into.

The Instagram video has been viewed more than 26,000 times, with the caption: "@ohheyitsbobbyb had this little angel on a flight from CLT to PHF as part of a wildlife conservation effort." 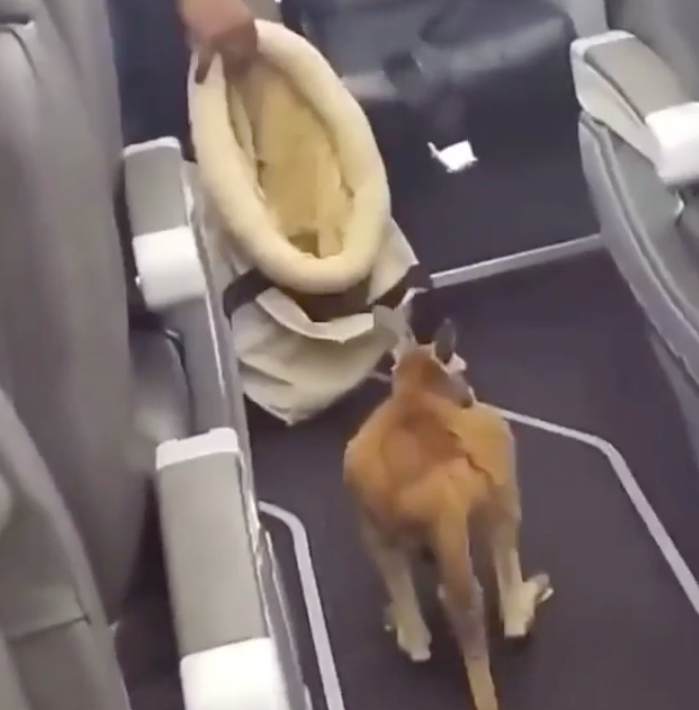 Another person added: "That’s so cool! I hope I get to do one someday."

Someone else agreed: "I wish he was on one of my flights. Sooo cute."

While animals can be transported for specific reasons, emotional support animals have since been banned on US airlines.

Animals including ponies, ducks and pigs have been spotted on planes before the ban, which now only allows dogs which are guide dogs or medically trained for service onto flights.

We've explained what an emotional support animal is and what is allowed on flights.

In a statement, the DoT previously explained: "The final rule announced today addresses concerns raised by individuals with disabilities, airlines, flight attendants, airports, other aviation transportation stakeholders, and other members of the public, regarding service animals on aircraft."

Here are some of the other strange animals once spotted on flights.