A British Airways jumbo jet has found a new role as a film set – saving it from the scrapheap where dozens of the airline’s other retired 747s have ended up.

The aircraft, registration G-CIVW, will depart from Cardiff Airport at 1.30pm today, as flight number BA1978E, and land at Dunsfold Aerodrome in Surrey at 2.15pm.

Upon landing, it will be handed over to the Aerodrome, which will preserve the aircraft for use as a commercial film set and a training facility. 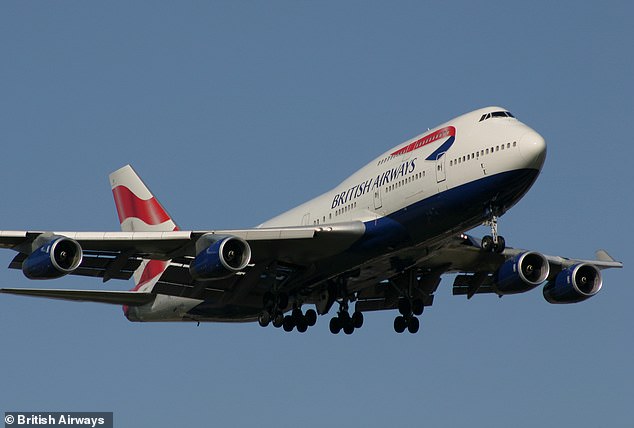 The plane, which will keep its Chatham Dockyard livery, will be stored in public view on the airfield.

In time, it will be opened up as an exhibition for visitors to experience the size and the scale of the aircraft, known as the ‘Queen of the Skies’, up close.

BA says that the aircraft, like many other 747s, has ties to the world of film, having flown many actors across its cabins and often visiting film set hotspots such as Los Angeles and New York.

The airline added that in its new role, it will feature more prominently in front of the camera, and will be used to mock-up interior and exterior shots for TV and film.

Its last passenger flight was from Boston to London Heathrow on March 28, 2020.

After its final commercial flight, the aircraft was parked at Bournemouth Airport before moving to storage at Cardiff Airport in June.

Jim McAllister, chief executive of Dunsfold Aerodrome, said: ‘The 747 is a unique and important piece of aviation history and we are excited to be taking delivery of this retired aircraft at Dunsfold Aerodrome. 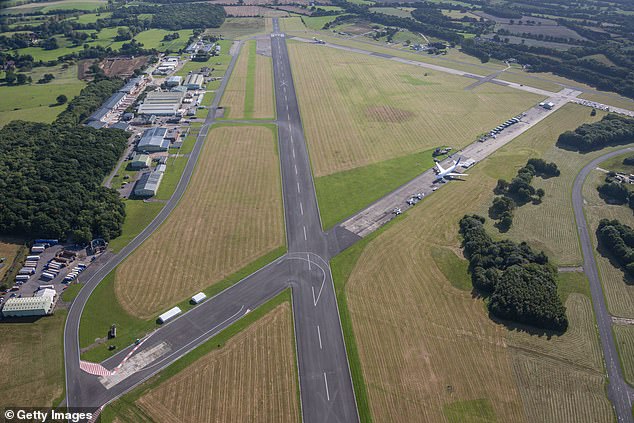 ‘Whilst G-CIVW will no longer fly, the aircraft will be preserved and given a new lease of life in the world of TV and film, training and special events.’

BA said: ‘With an aviation heritage that includes the development of military aircraft such as the Harrier, Hawk and Hunter, Dunsfold Aerodrome is the perfect fit for the generation-defining 747.

With its humped fuselage, four engines and 16 main wheels, the 747 is the world’s most easily recognised jetliner and it democratised global air travel in the 1970s. 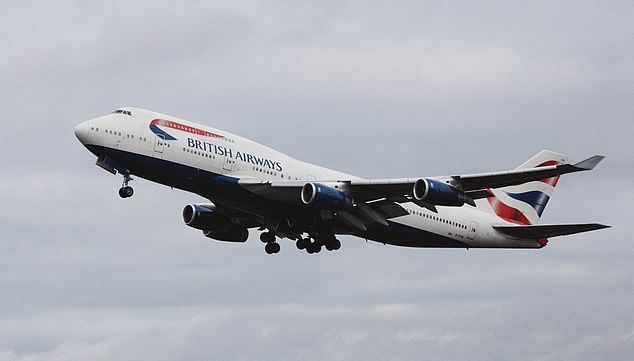 It was announced in July that BA was to scrap its entire fleet of jumbo jets with immediate effect.

The nation’s flag carrier was the world’s last major operator of the iconic 747 aircraft, which had been in service with the airline since 1971.

It had 31 jumbo jets in use before the coronavirus crisis forced bosses to park the entire fleet at airports across the country.

BA had originally planned to retire them by 2024 and gradually replace them with newer, more fuel-efficient jets such as the 787 Dreamliner and Airbus A350. But plummeting passenger numbers forced the airline to bring forward its plans and the last 747 took off from Heathrow earlier this month.

The pandemic has brought financial ruin to the travel industry. BA’s owner IAG reported a £1.2billion loss earlier on Thursday and warned on future demand.