Up to 20 an hour are being scooped up in Marbella and other resorts, with beachgoers warned not to go swimming. 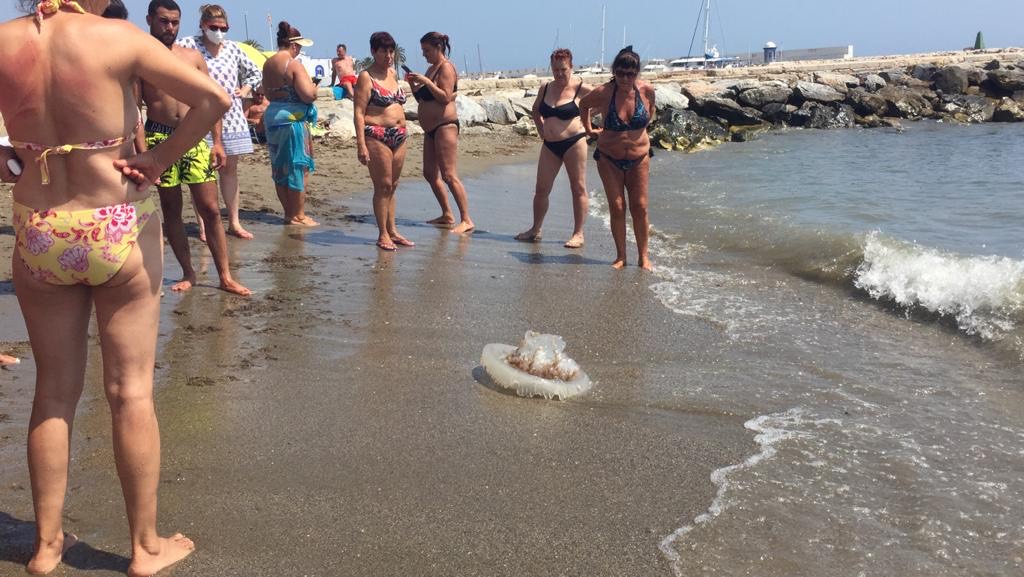 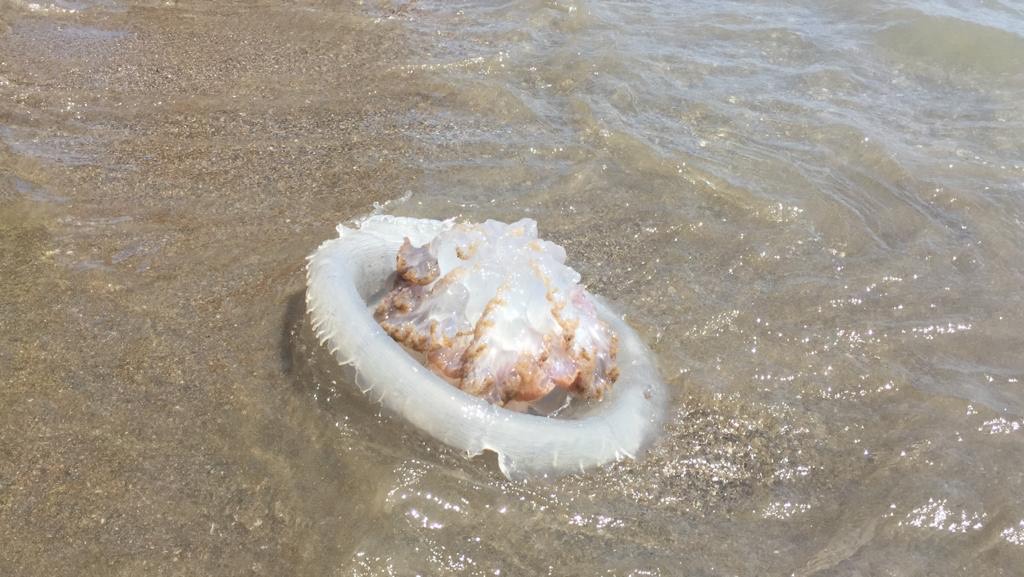 The gigantic jellies can weigh more than 6st and be 2ft wide with trailing 6ft stinging tentacles.

Brit Francisco Martinez, 55, on holiday with his family, told The Sun: “It’s like something out of a horror film.

“I’ve been coming to the Costa del Sol for 20 years and this has never happened before. If you want to take your kids into the sea around here, you have to bring a net, it’s that bad.”

Tourists are being warned a brush with them can cause nasty stings.

“Lifeguards are using bin bags to scoop up the dead jellyfish, it’s really unpleasant to see.

“It really ruins the experience of being here, especially after we’ve spent all year looking forward to coming to Spain.”

Dozens of holidaymakers had reported being stung by the monsters, including young children.

The super-sized species, named Rhizostoma luteum, first appeared near Malaga a decade ago.

Biologist Jesus Bellido, at Aula del Mar museum in Malaga, said: “We knew that this summer could be good for jellyfish, because in spring the conditions were perfect for them to multiply. 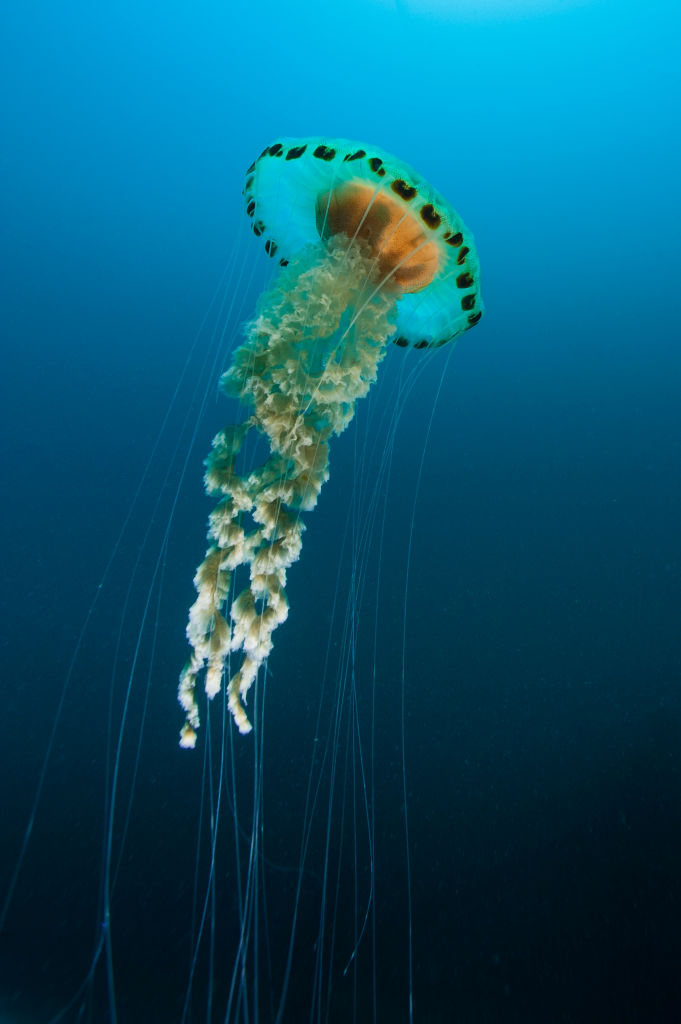 “Above average temperatures in the Alboran Sea, possibly, have made the breeding ground for these animals to reproduce.

“Now we have had almost two weeks of more persistent easterly wind and this has meant that the jellyfish, which this summer are more abundant than usual, are arriving more easily to the beaches.”

Although they are not dangerously venomous, the scientist stressed curious holidaymakers should still keep their distance from the tentacles.

And he warned they are here to stay for the month — with thousands more Brits set to fly into Malaga in the next few weeks. 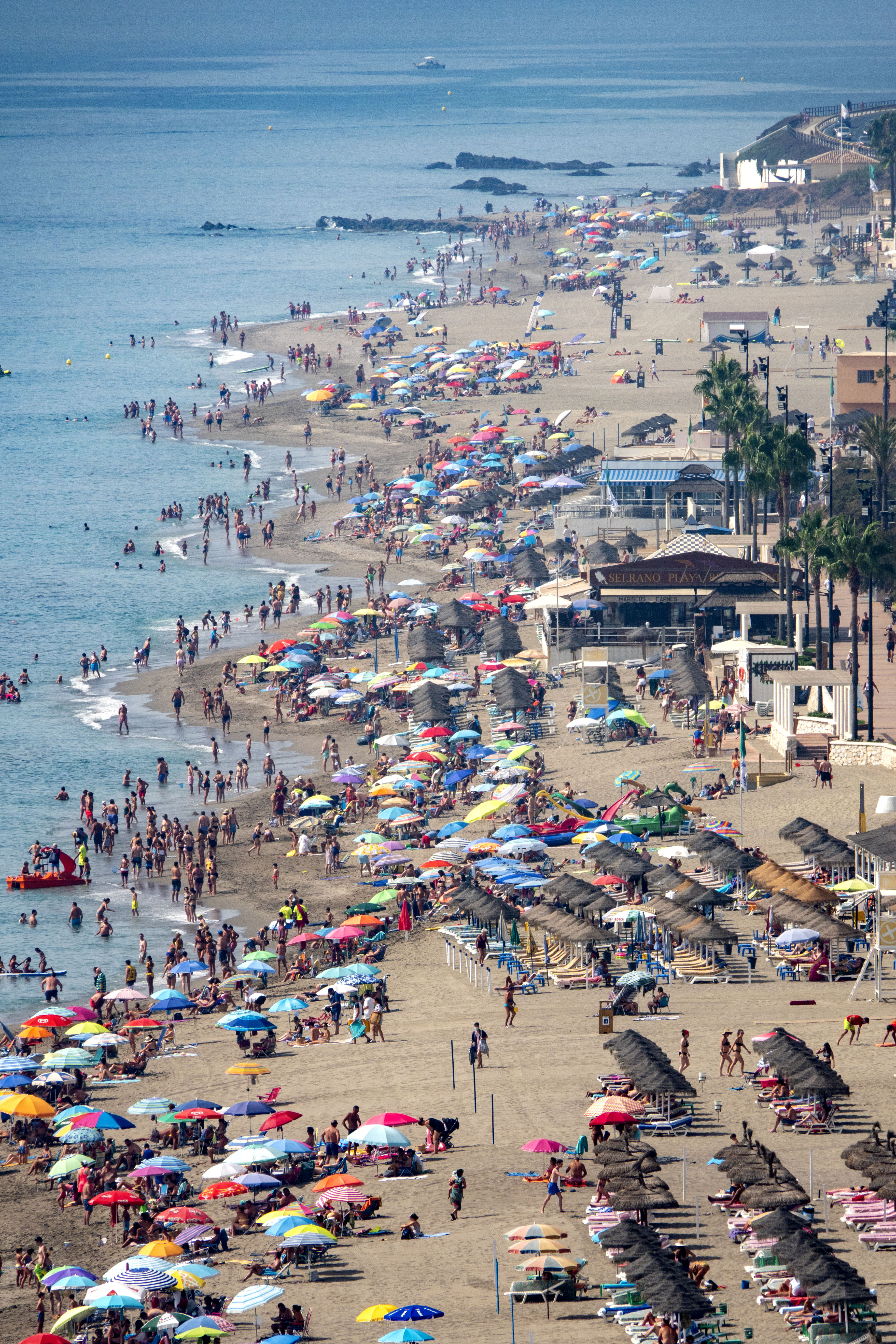 He said of the species: “They are much larger and more cumbersome. Their bite is not as painful as that of the smaller ones.”

Tourists can track the jelly threat on the Infomedusa smartphone app.