A couple was arrested on Sunday for boarding a plane after they had tested positive for the coronavirus, according to reports.

The man and woman, both 46, from Wailua, Hawaii, reportedly knew they had tested positive for COVID-19 when they boarded a United Airlines flight from San Francisco to Kauai, Hawaii, on Sunday, according to SF Gate.

The website, which is the sister-site of the San Francisco Chronicle newspaper, also reported the couple was traveling with a 4-year-old child.

The couple both reportedly tested positive for the coronavirus while they were at the San Francisco International Airport. They were reportedly told by officials at the Quarantine Station not to board the flight and to isolate instead. 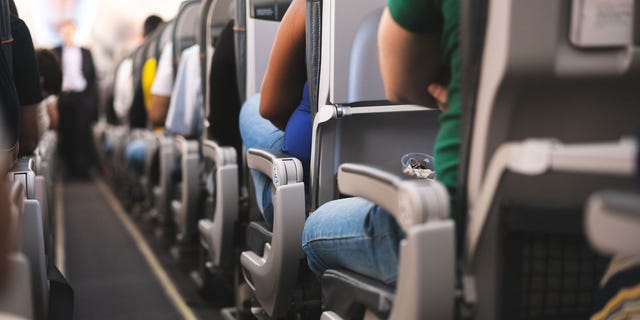 A couple who had tested positive for the coronavirus were arrested for reckless endangerment after they boarded a plane and flew to Hawaii on Sunday.
(iStock)

However, they decided to board anyway.

After the flight landed in Hawaii, the couple was arrested by the Kauai Police Department for reckless endangerment. Police said the couple put their fellow passengers in “danger of death,” SFGate reported.

Police told SFGate that the 4-year-old was released into the care of a relative.

“The Kauai Police Department, working alongside our county and state partners, remain diligent in protecting the health and safety of our island,” Kauai Police Chief Todd Raybuck told SFGate. “We continue to request visitors and residents alike to follow the governor’s emergency rules and take all necessary precautions to prevent the spread of COVID-19.”