AS the death toll for coronavirus surges to over 100, desperate air passengers have been spotted wearing everything from plastic bottles to motorbike helmets in a bid to protect themselves from the deadly bug.

It comes as airlines such as British Airways have axed all flights to China amid the terrifying outbreak. 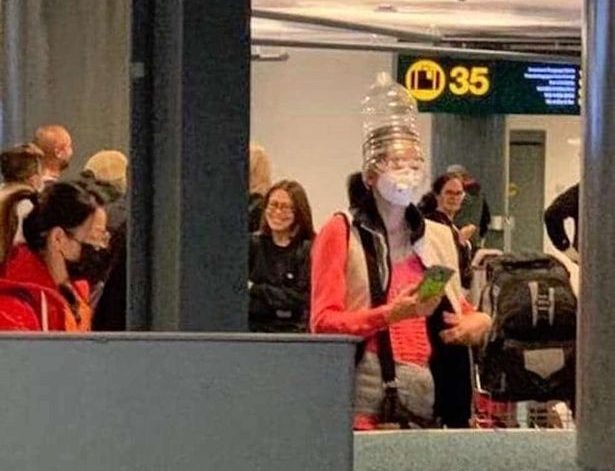 The harrowing photos of terrified travellers have been shared on social media.

On a flight from Shanghai to Perth, one man was pictured wearing a motorbike helmet in a bid to protect himself from the deadly bug.

Passengers on the same flight told The West Australian most people on board were wearing face masks as a minimum and the plane was sprayed once they landed.

In more extreme measures, travellers were seen covering themselves with plastic sheets and even bottles in public.

A mother and child were seen on the Hong Kong Metro system wearing makeshift "shields" fashioned from cut plastic bottles – and they were far from the only ones. 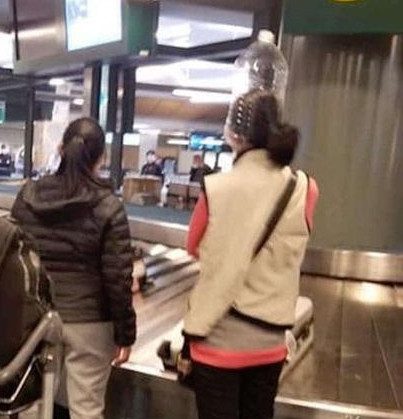 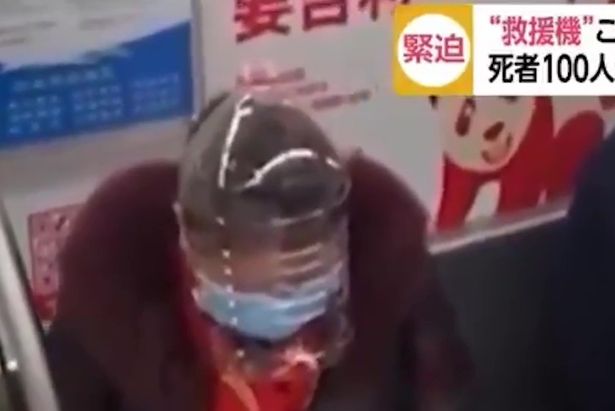 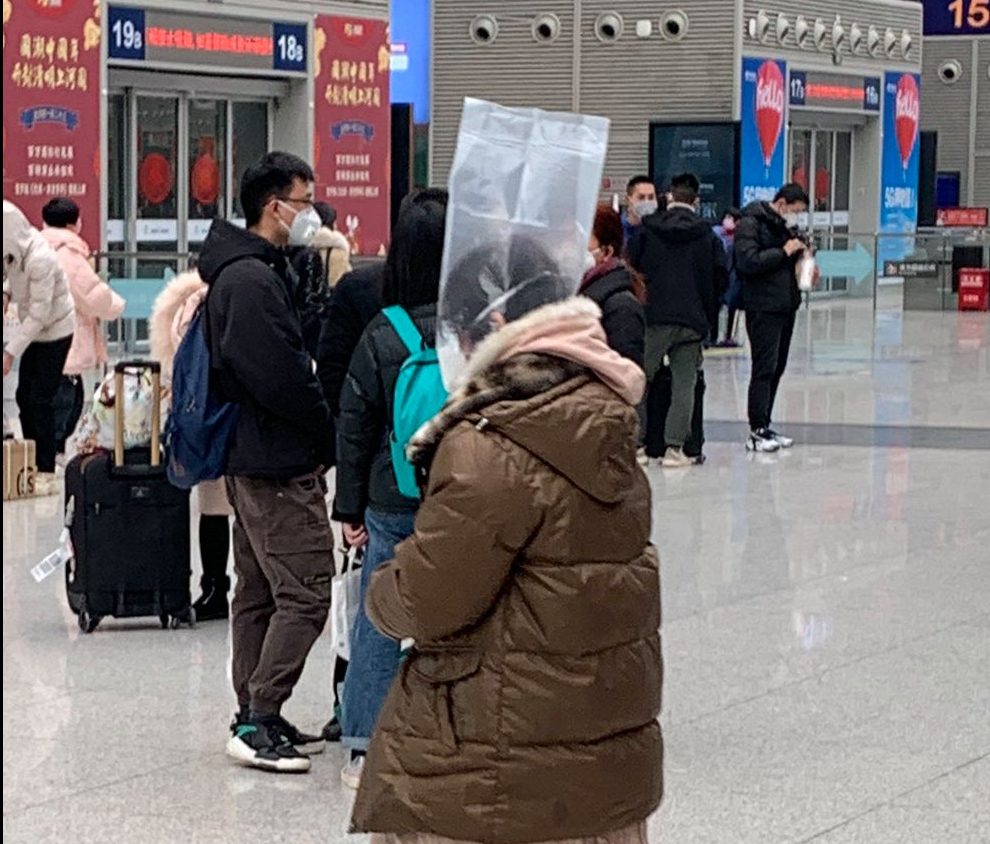 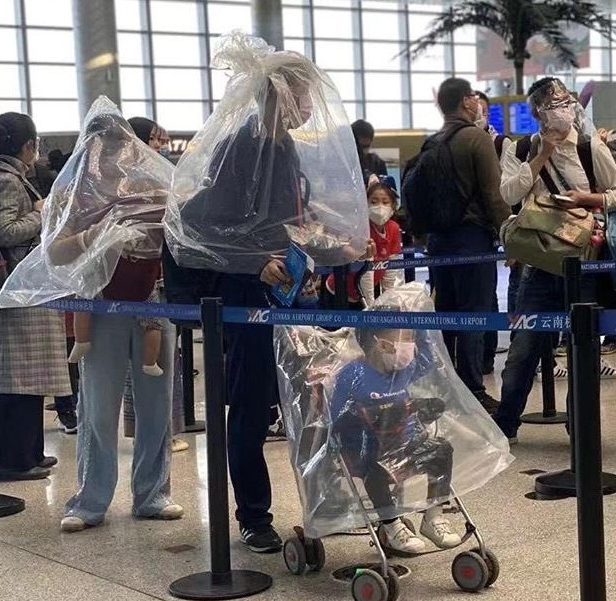 Others were also spotted in similar protection in airport queues.

Another family were seen covered in plastic sheeting while waiting in the queue at an airport, all wearing face masks at the same time.

Within China, passengers have been told they would be banned from any form of public transport if they're not wearing face masks.