A DISNEYLAND guest broken the Excalibur attraction on his first visit to the park after he managed to pull the sword from the stone.

The man was escorted from the park after he "ripped it out" from the anvil just like the legend. 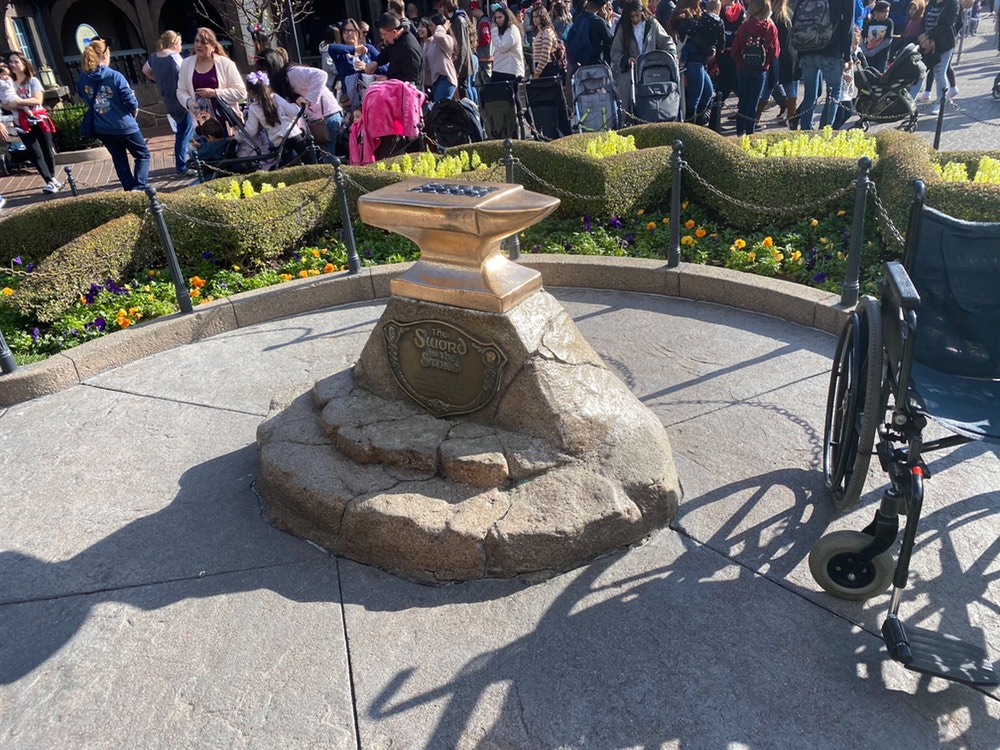 The park originally claimed the sword was gone as the park was undergoing refurbishments along with King Arthur's Carrousel.

However, an eyewitness told WDW News Today the "buff" guest called Sam was able to pull it from the stone after being told he would win a prize if he did it.

He also said it wasn't as smooth as it sounded, with it being "broken and jagged" after being yanked from the feature.

The hole was later covered with duct tape and has since been restored back to its rightful place. 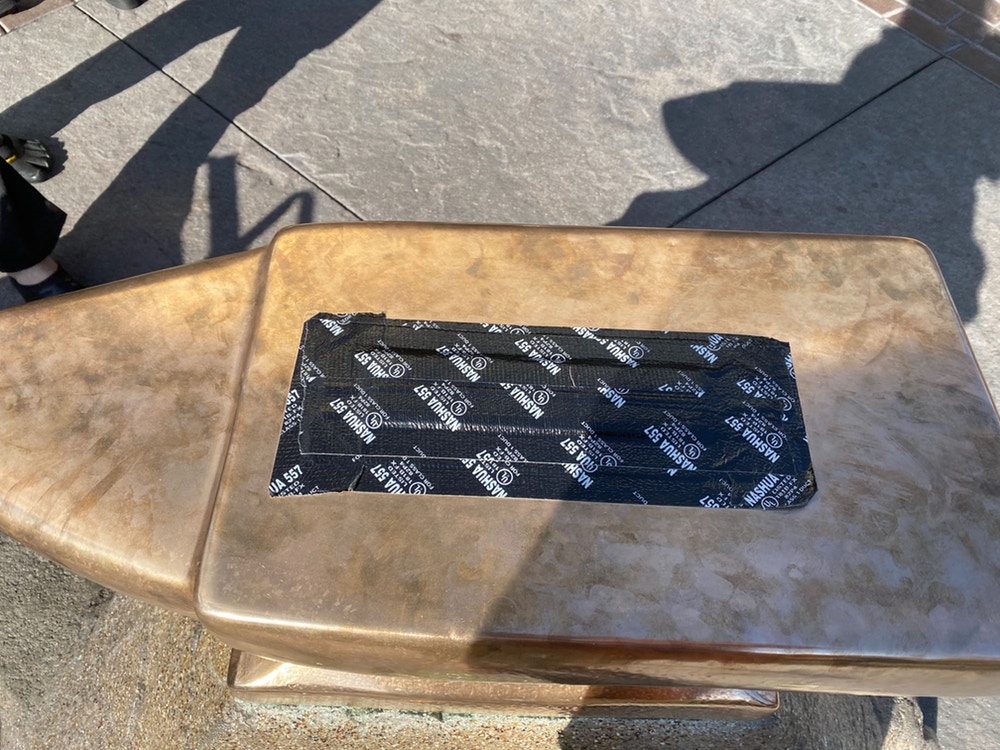 Disneyland guest Dustin claimed the man was then "escorted out of the park" on Facebook.

John tweeted: "You mean to tell me some dude broke Excalibur at Disneyland? Dude is King Arthur holy crap."

Someone else added: "All hail the king! Sam the Burly!"

Another twitter user added: "The Great Catholic Monarch has just been found in Disneyland!" 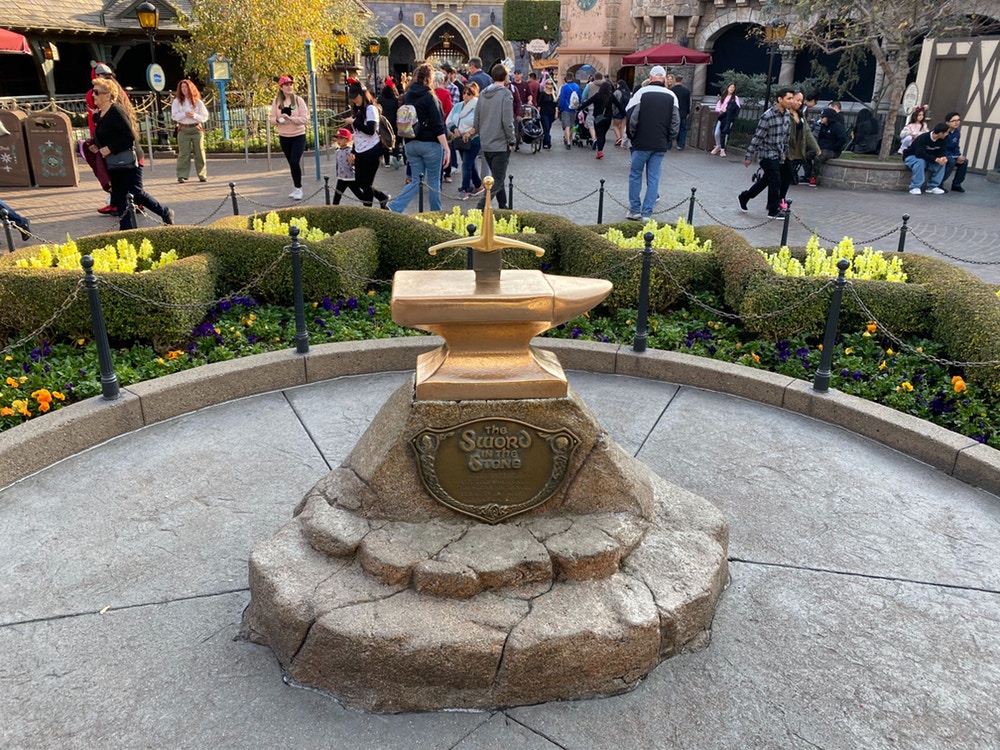 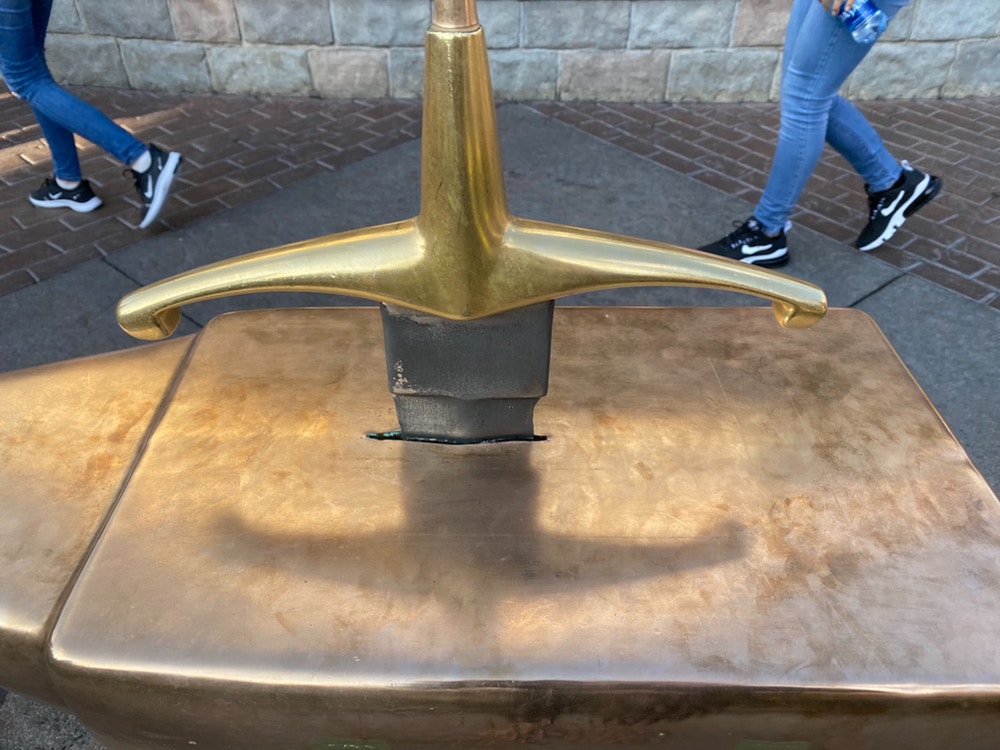 Others used it as inspiration, saying: "Hello new fitness goals."

The Arthurian legend of the sword in the stone claims that whoever could pull Excalibur from it would be king of Britain.

King Arthur was able to retrieve the stone, ruling the country with the Knights of the Round Table.

Disneyland used to have an attraction where Merlin the Magician would ask young people to try and pull the stone from the rock, with the winner getting a medal and certificate – although this no longer takes place.

A dad forced a Disneyland ride to close after he broke it by jumping on it – to prove it was safe to his children.

A huge theme park dubbed the "UK's Disneyland" is currently being built, with plans to open it by 2024.