ON Thursday we revealed exclusive details of Star Wars: Galaxy’s Edge at Disneyland in California. 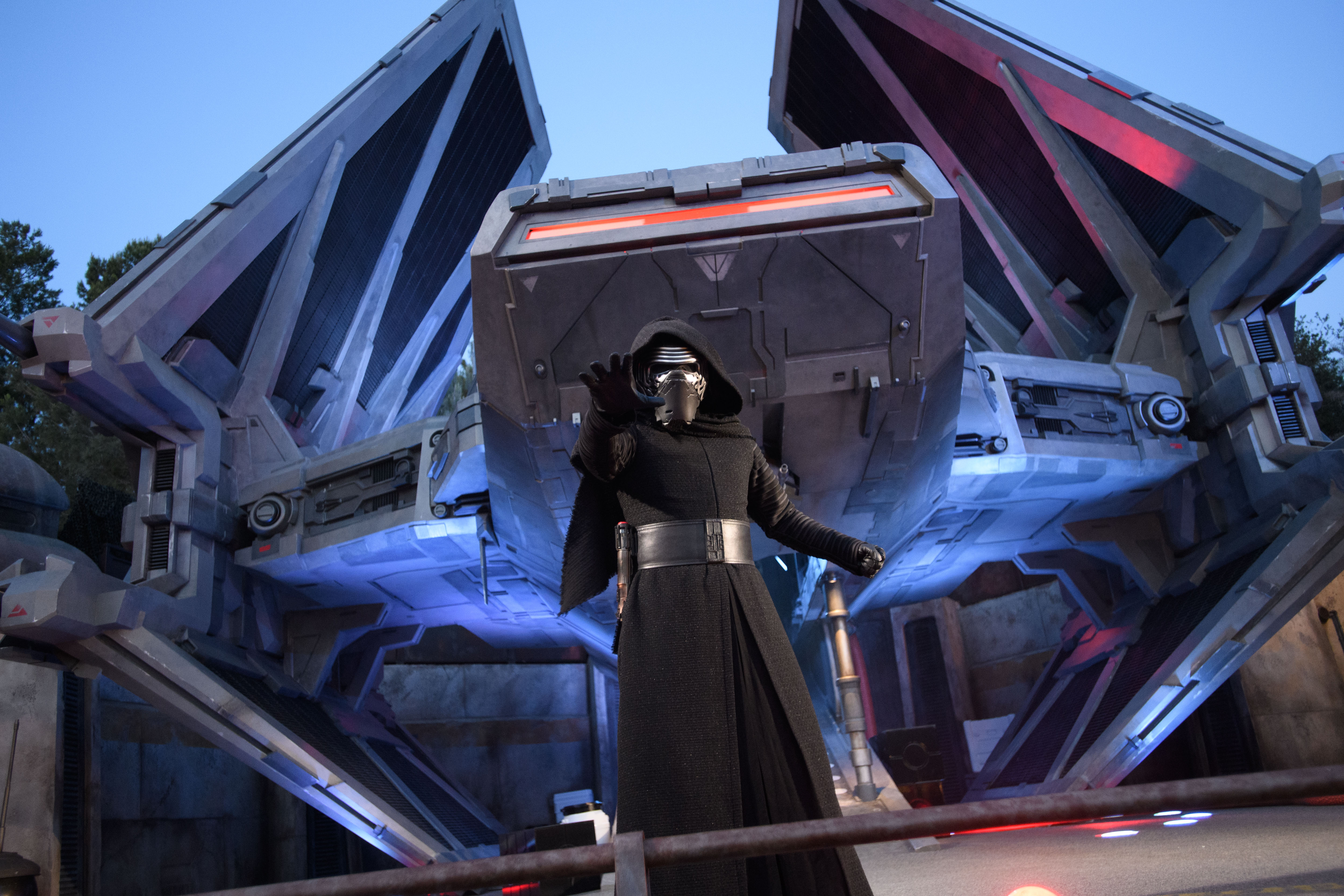 And from August 29, you will be able to feel the Force when Disney World Florida’s identical sister land welcomes its first guests.

With so much to take in, and guests currently limited to just four hours in the land, JACOB LEWIS shares his experience of the must-see attractions at Black Spire Outpost on the planet of Batuu.

THE first ride to have opened in Galaxy’s Edge is Millennium Falcon: Smugglers Run, in which six guests team up on a secret mission, working as either pilots, gunners or flight engineers.

I can barely control my excitement as I sit in Han Solo’s cockpit seat for the ride of my life. 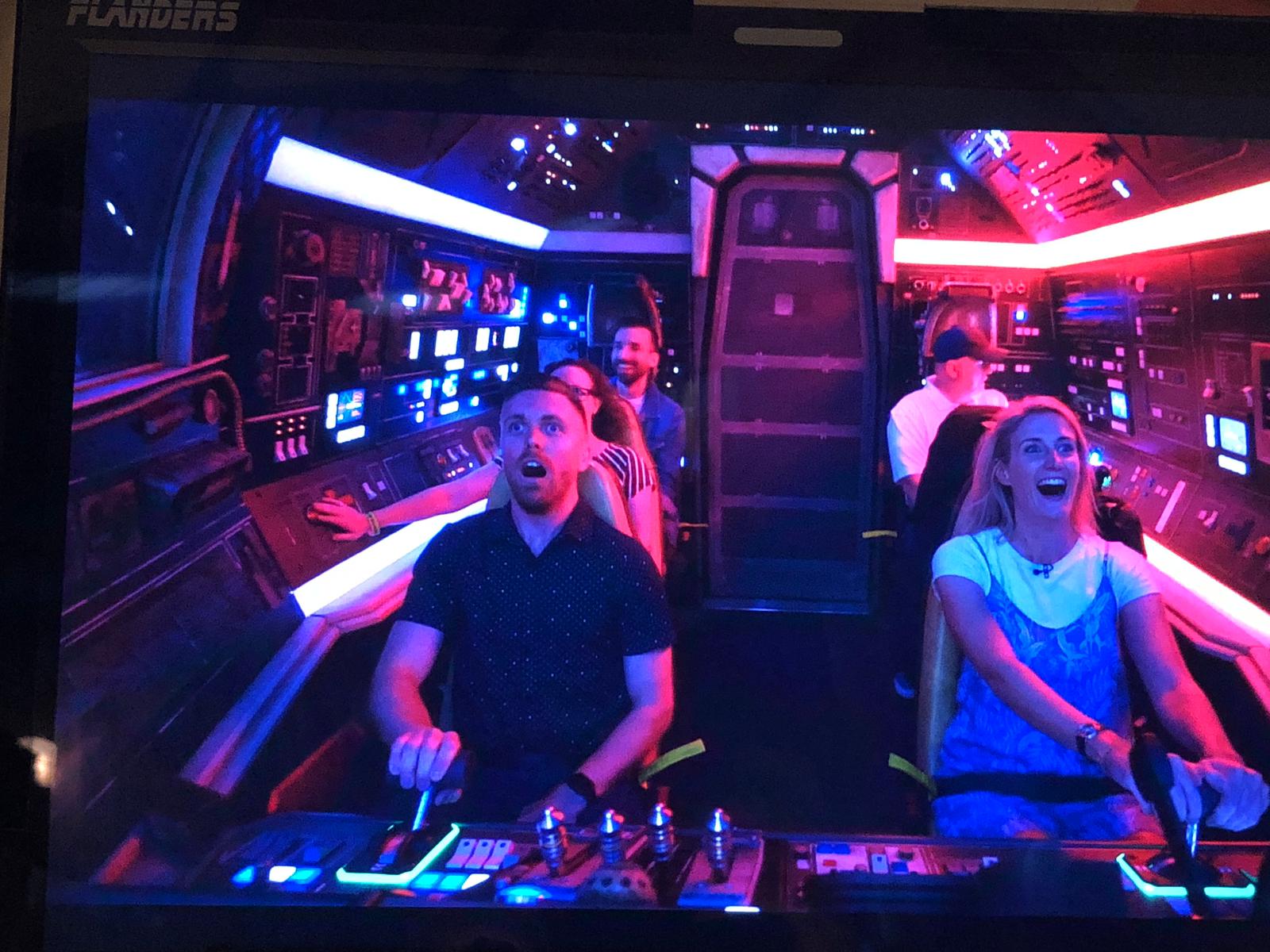 My job is to control the up and down movement of the ship, plus the iconic hyperspace lever.

Expect plenty of family arguments as groups bark orders to one another to avoid crashing the famous “hunk of junk” and get a half decent final score.

A second attraction, Star Wars: Rise Of The Resistance, will open later this year, and with a ride time of nearly half an hour, it is set to be Disney’s longest ever.

IT doesn’t take long for me to stumble into the First Order stronghold, where a stormtrooper fires me a warning: “The First Order will be watching you.”

I scurry back the way I came and bump into a street cleaner. “Bright Suns,” smiles the girl – a phrase I gather is a universal greeting on Batuu. 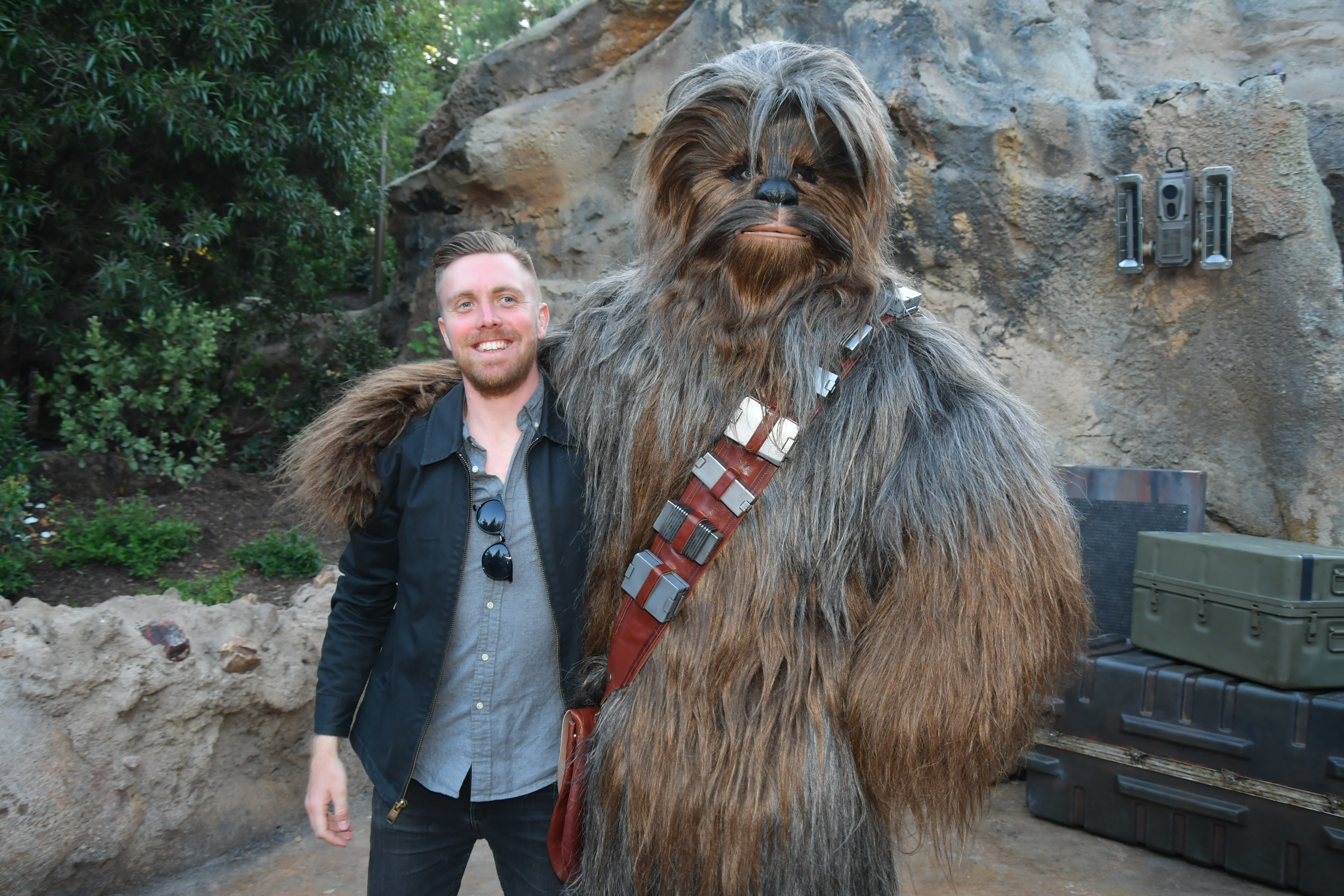 Rachel tells me how she just recently moved to Blackspire Outpost from Serobar, a nearby mountain city.

Staff or “cast members” as Disney calls them are encouraged to flesh out their own backstories as well as customise their outfits.

Guests should keep their eyes open for Supreme Leader Kylo Ren, as he gathers Stormtroopers in the hunt for resistance fighters, and Rey, Chewbacca and Resistance spy Vi Moradi.

A MAN from a group known as The Gatherers is helping me decide between four lightsaber “themes” outside Savi’s Workshop, where guests get to customise their own weapons.

After choosing a theme for my hilt and slapping down £171.22 ($215.49) I’m ushered into a secret room with ten others. Inside we learn how to construct our own unique lightsaber, from picking a crystal to crafting the hilt. 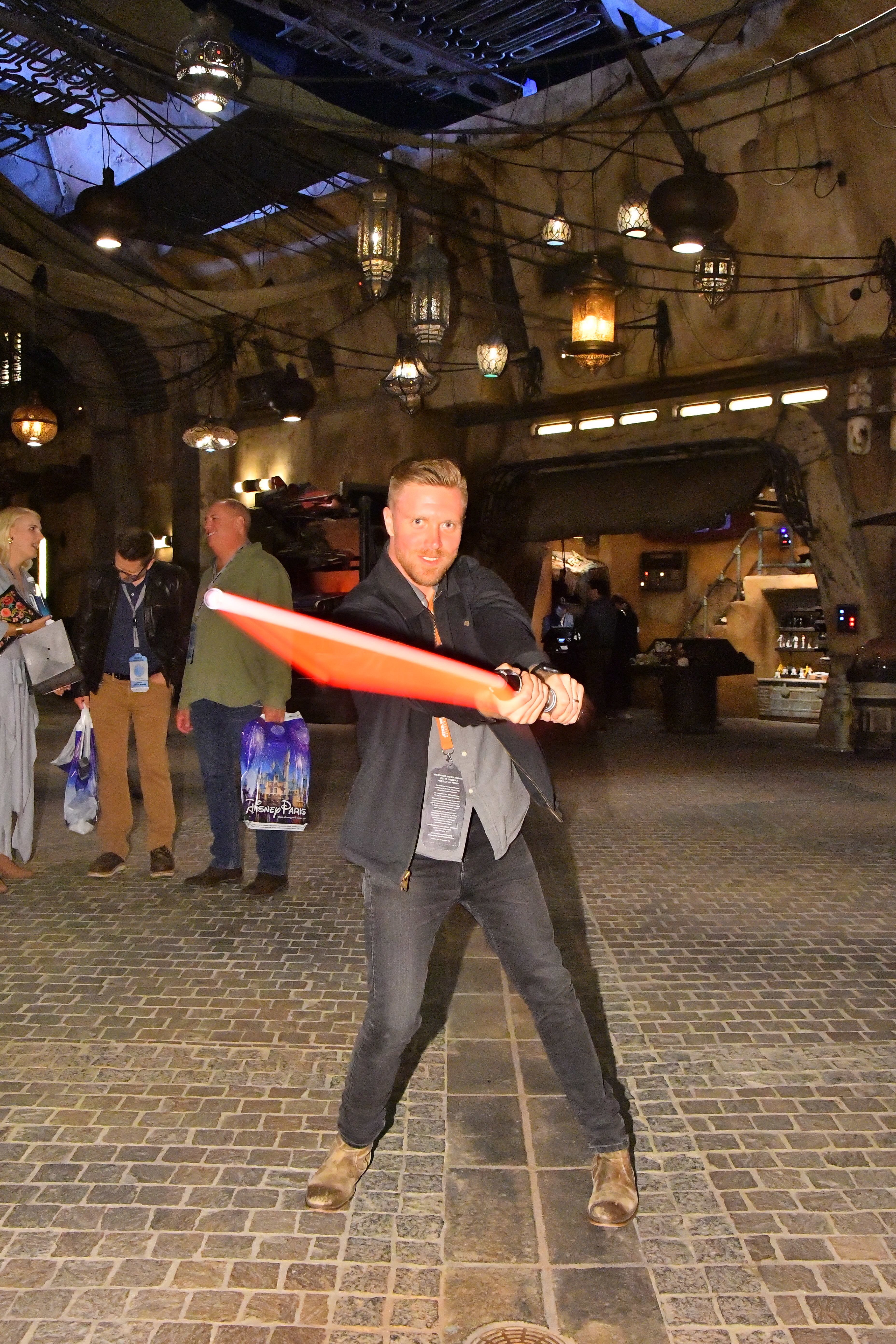 The sabers are mean and sturdy, with metal hilts. I let out a nerdy gurgle during the dramatic reveal as the lightsaber blades are activated.

This 25-minute attraction is Galaxy Edge’s most incredible, if expensive, experience.

Oh, and in case, you’re wondering, I went for a sun-red blade and a Sith hilt.

BACK on the streets I download the Play Disney Parks app which transforms my smartphone into a hacking device, alien language translator and more.

Guests can now choose to take on jobs and challenges, to earn in-game credits from either the Resistance or First Order.

I hack a droid by playing a simple mini game, causing it to light up and start moving around.

While another task involved waving my phone around in a precise pattern to sync it with the data tower in front of me, allowing me to intercept a Resistance conversation.

Next, I start obsessively translating every piece of alien script I can find – from the mundane “Trash can sector 7”, to the strange and inexplicable “Cantina Code of Conduct. No Kowakian monkey-lizards. No fighting, burying or ripping off of limbs. Wookiee – Two drink maximum. No exceptions.”

I DON’T have a Kowokian monkey -lizard – although Disney doesn’t miss a trick and will flog you one in the nearby marketplace – so I stroll on in to Og’s Cantina.

The venue is wild, with DJ R-3X on the decks (the former droid pilot from Disney’s classic Star Tours ride) and all sorts of bright and bubbly potions on sale behind the bar. 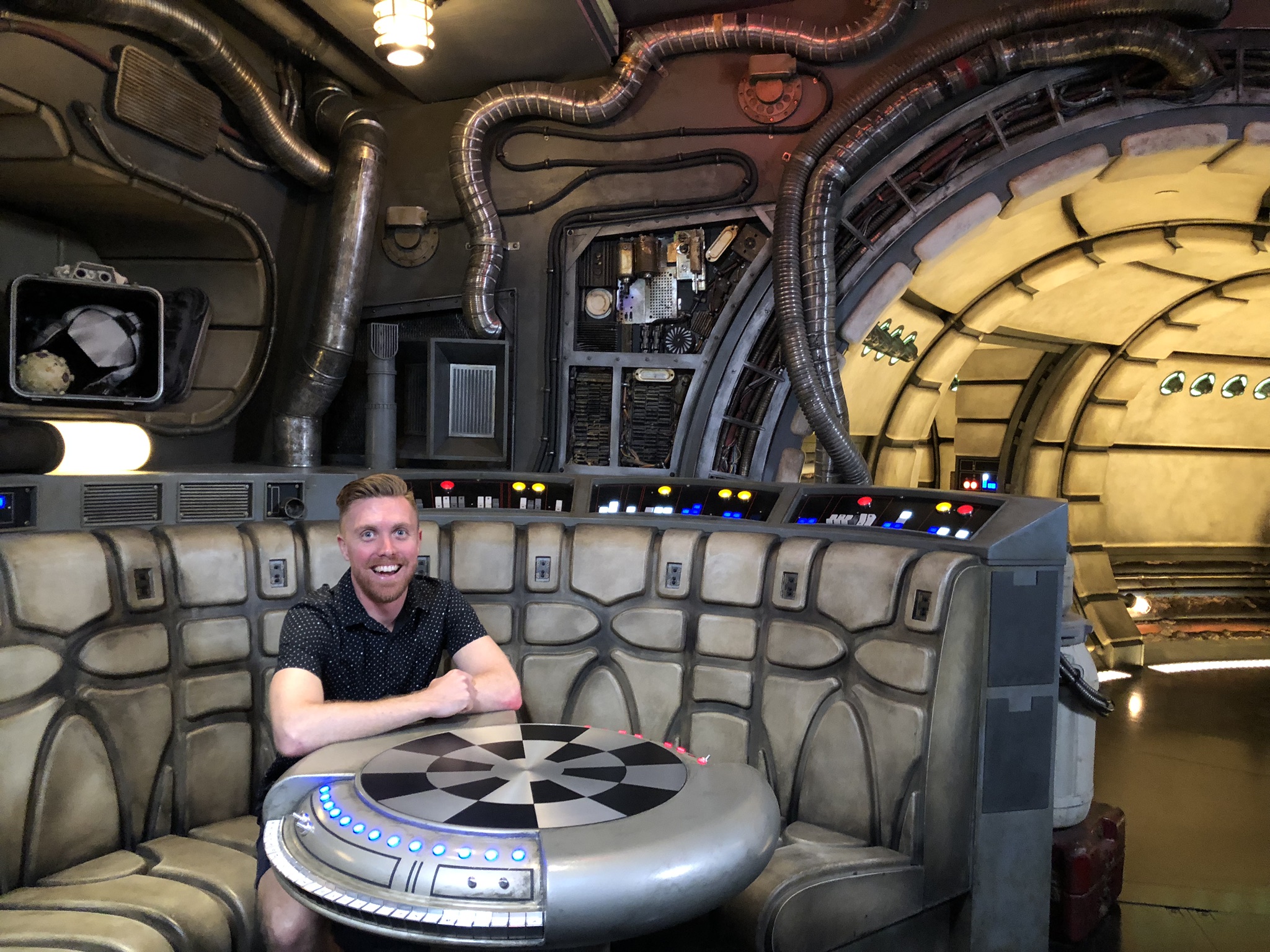 I order Yub Nub, only to find myself slurping a strange gooey substance from the bottom of my cup.

According to the ingredients it’s just passion fruit (plus pineapple rum, spiced rum and citrus juices).

Build a droid at Depot

I choose the football-shaped BB series over the traditional R2. 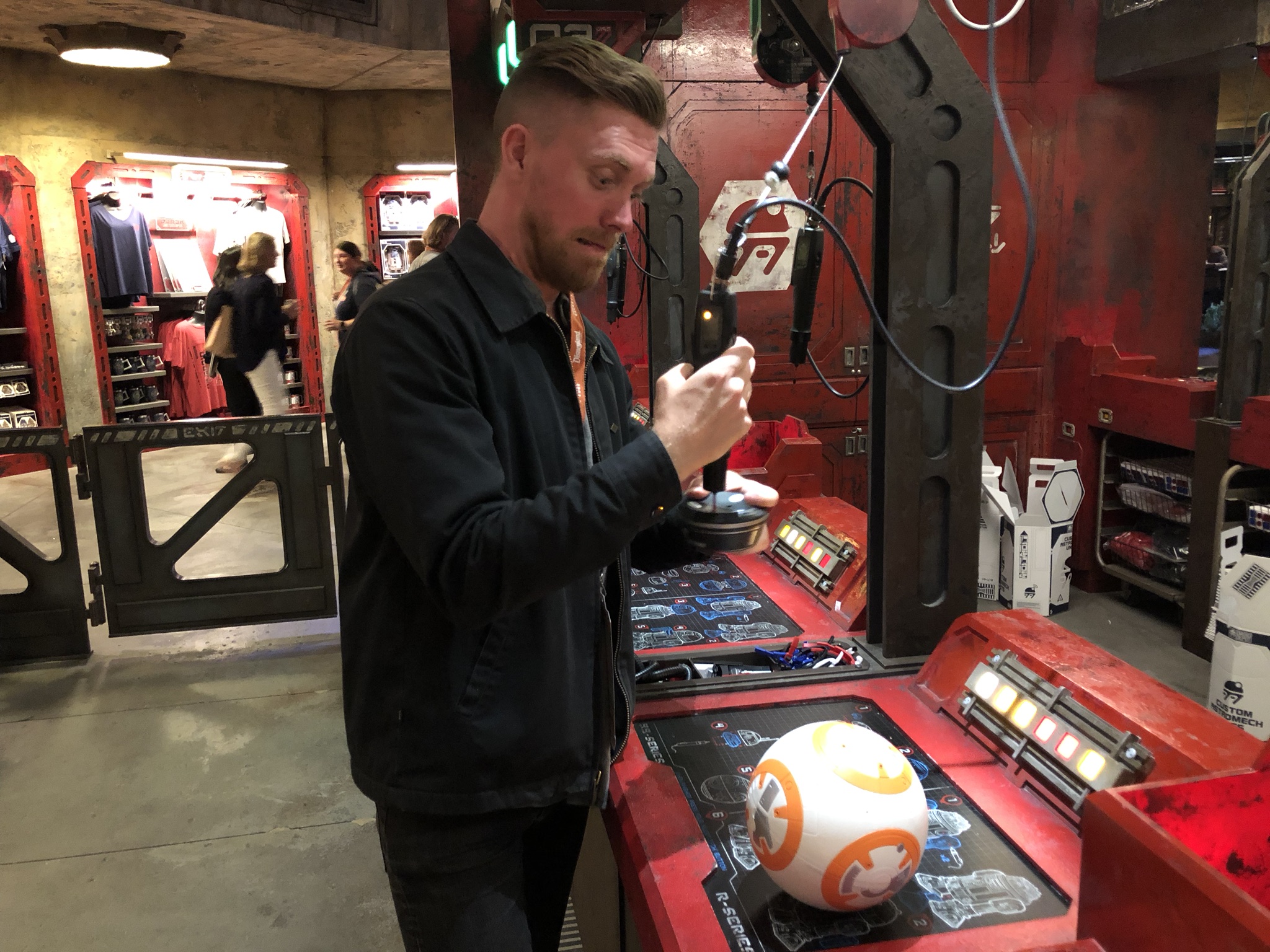 Brightly coloured parts come out on a conveyor belt like in a sushi restaurant as I construct my own little sidekick, an evil Sith droid I dub BB-H8.

The experience is fantastic fun, with a magical scene where your droid is powered up and brought to life.

Unfortunately, at this point, they tell me I need to fork out another £11.14 ($14) to buy my droid a brain and light or dark personality, allowing it to interact with other droids and technology in the land.

So my droid is still a bleep-blooping idiot.

STAR Wars: Galaxy’s Edge offers out-of-this-world dining experiences but prices are yet to be revealed and it won’t come cheap. 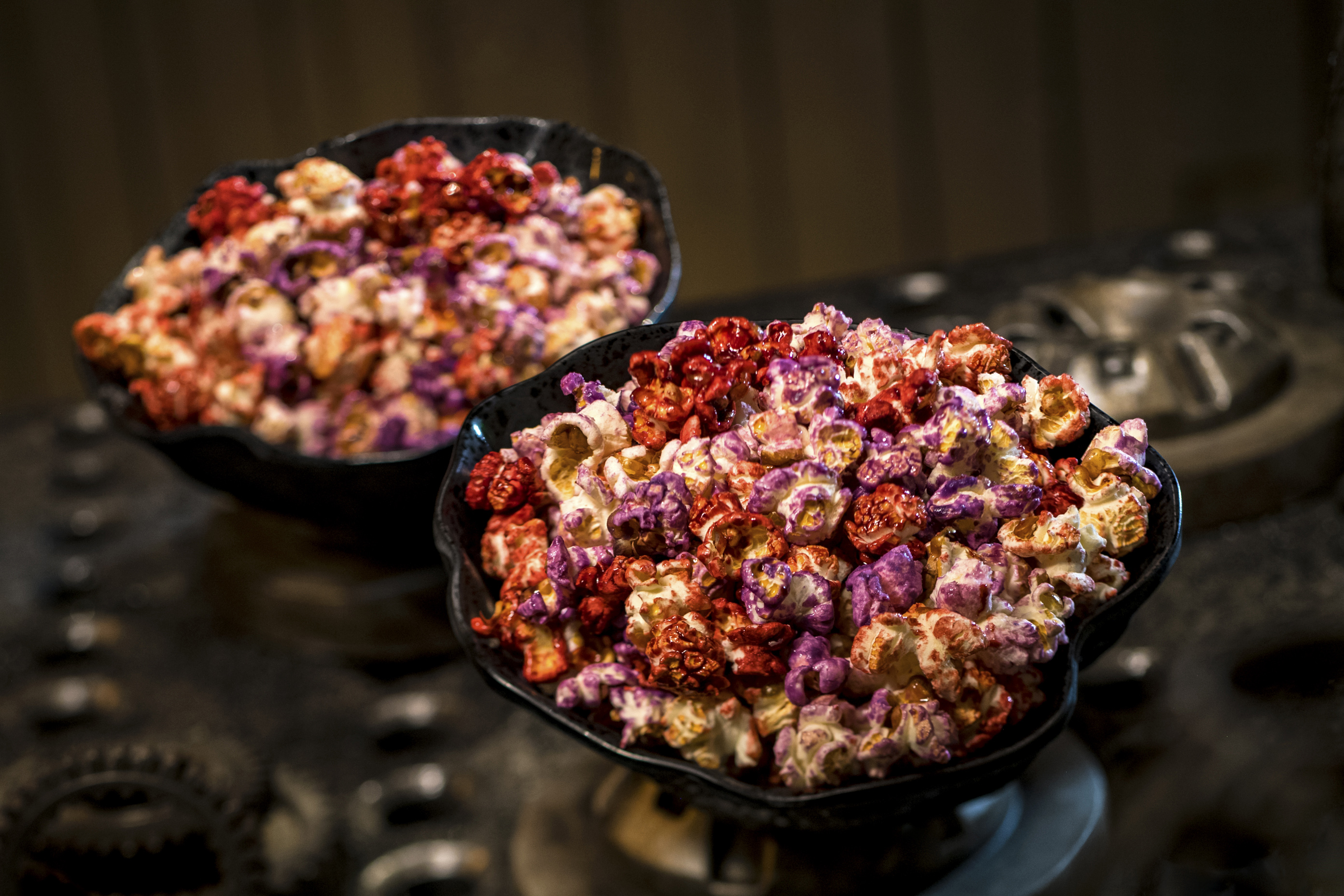 Then it’s on to Ronto Roasters for Nuna Turkey Jerky grilled on a repurposed podracer engine.

Star Wars nerds can discover what Luke Skywalker’s famous Blue Milk from A New Hope and Green Milk from The Last Jedi tastes like.

I tried Blue, made of non-dairy milk and fruit juice, and it wasn’t half bad.