AS I stared at the full moon hanging low in the night sky, I had never felt more at one with nature.

There is nothing quite like getting outdoors, going back to basics and cooking around the campfire. 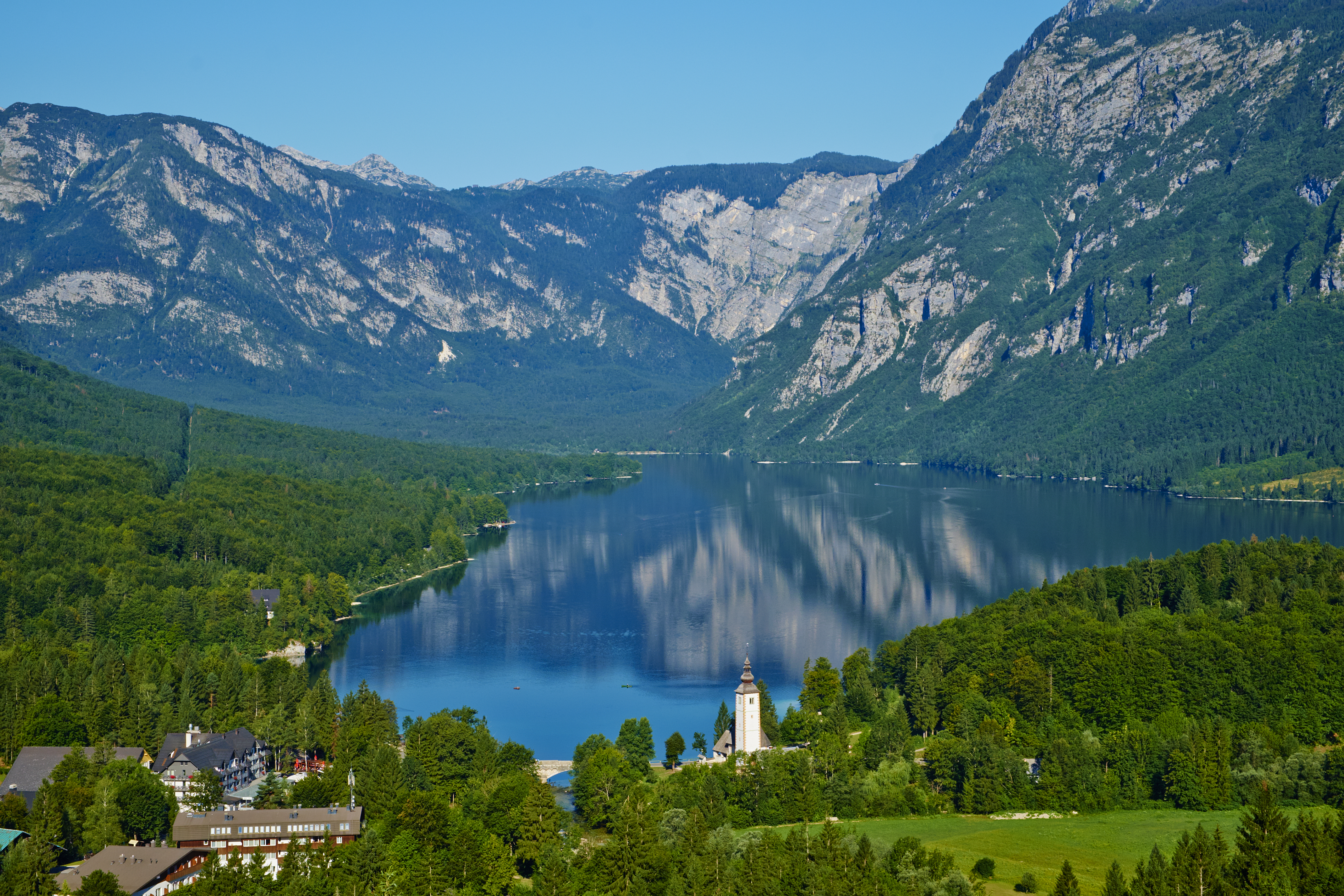 It was at this point, my most whimsical, I realised the “moon” was the light from another campervan. Oh.

I was camping at the Triglav National Park in Slovenia, surrounded by mountains, in an orange Ford Nugget.

This new campervan is filled with all the camping essentials you could want and has space for four sleepers, as well as a kitchen, dining table and various nooks and crannies to load with food and supplies.

We were testing out the smaller model. But with the long-wheelbase version, you get a built-in toilet, sink and wardrobe, piling on even more camper luxury. 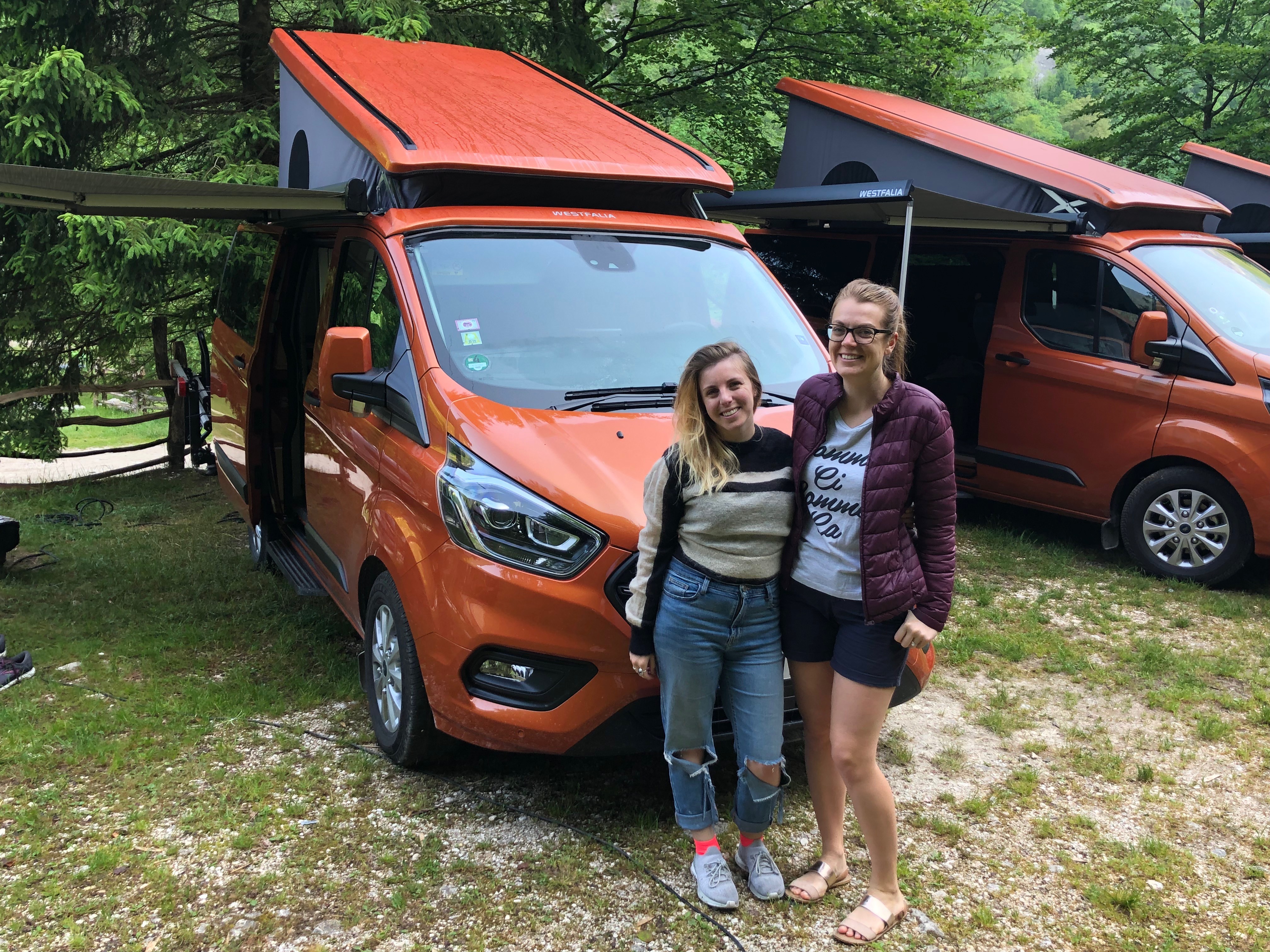 To test the Nugget fully, you need to take it into its natural habitat.

An isolated, picturesque camping ground, two hours from the capital Ljubljana, was just the place.

Arming myself with a waterproof poncho, a playlist heavy on Fleetwood Mac and some Slovenian energy drinks of dubious ingredients, off I went.

If you haven’t been to Slovenia, go. You have never seen such blue water as that in the lakes here.

One, Lake Bled, attracts tourists from near and far but it is not the only one like it in Slovenia.

Almost every body of water in this Eastern European country — which you can cross from east to west in about three hours — seems to glow an unearthly blue in the summer.

This is thanks to a combination of the water’s clarity, minerals in the soil and the blue sky above being reflecting down.

After a quick dip in Lake Bled, my friend Charlie and I were off to our first camp spot.

The night was spent at Ukanc, a gorgeous camping ground in the national park.

Here, you are surrounded by a host of hiking trails that allow you to explore the park’s beauty.

One was sign-posted the “fairy trail” and urged us to “step into the forest, kneel down and smell the soil”.

I can’t say I put my nose into the dirt, but I did appreciate getting the grimy London air out of my lungs. 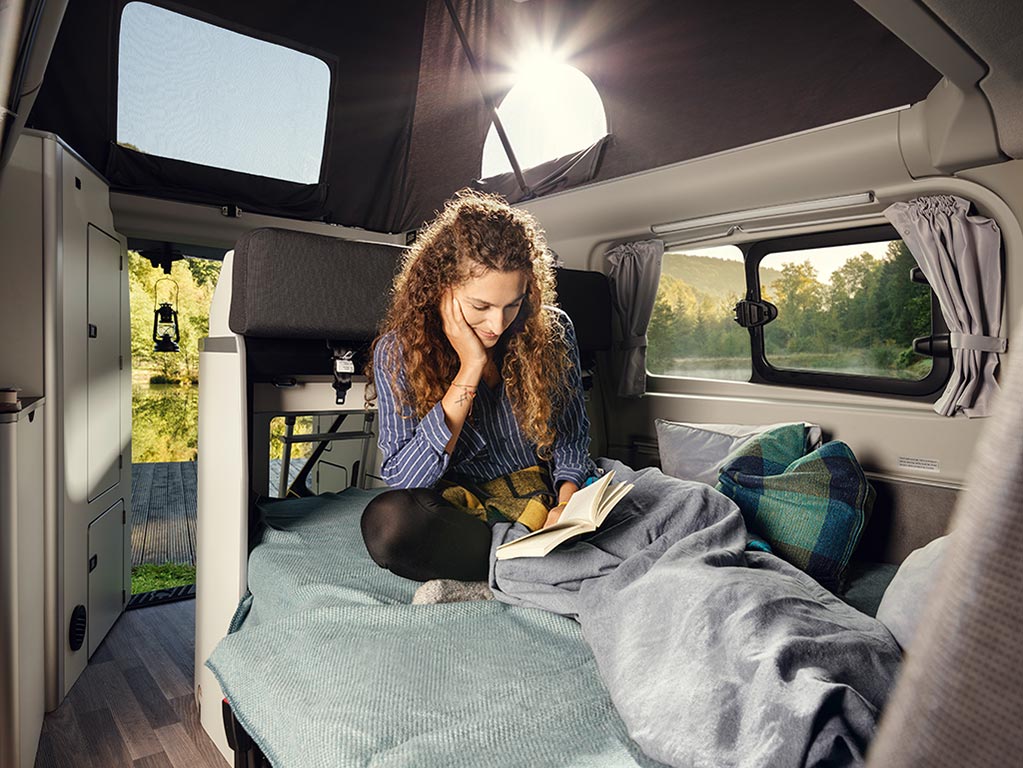 The next day we were off again, this time heading further into Triglav National Park.

Staying at the well-equipped Kamp Jelincic (which includes moon-like lights), we had warmish showers, toilets, resident donkeys and best of all, Slovenia’s nature on full display.

Surrounded by snow-capped mountains and again with plenty of well-marked trails to tackle, is was the perfect location for paragliders, cyclists, motorcyclists and campers.

As someone who struggles with cooking at the best of times, a camping dinner is usually baked beans or tinned spaghetti, followed by a mini Mars bar for dessert.

But on this trip, we had the adventure chef Kieran Creevy, who prides himself on making gourmet food in challenging situations. If you want to whip up a deconstructed apple crumble at 2,400ft or serve reindeer loin with smoked beetroot, Skyr and pine needle salt in the Arctic, then he’s your man.

It was thanks to Kieran that we had a sizzling plate of potatoes dripping with butter and carrots infused with orange juice.

Next to it, a hunk of beef and salmon fillets sat seductively, bringing hungry campers ever closer.

Dessert was a jaffa-style mousse we ate by torchlight, all digging spoons into the pot to save on the washing-up.

It had been a busy day, full of hiking and exploring the valley so I was eager to hit the hay.

Tucked away in the campervan’s bed, I gazed into the night and finally spotted the sliver of the moon above the dark Slovenian mountains.