BORIS JOHNSON will reveal the travel green list on Friday, allowing Brits to finally have the confidence to book a holiday abroad.

The government is reviewing its traffic light system, with plans to reveal the final decision by the end of the week. 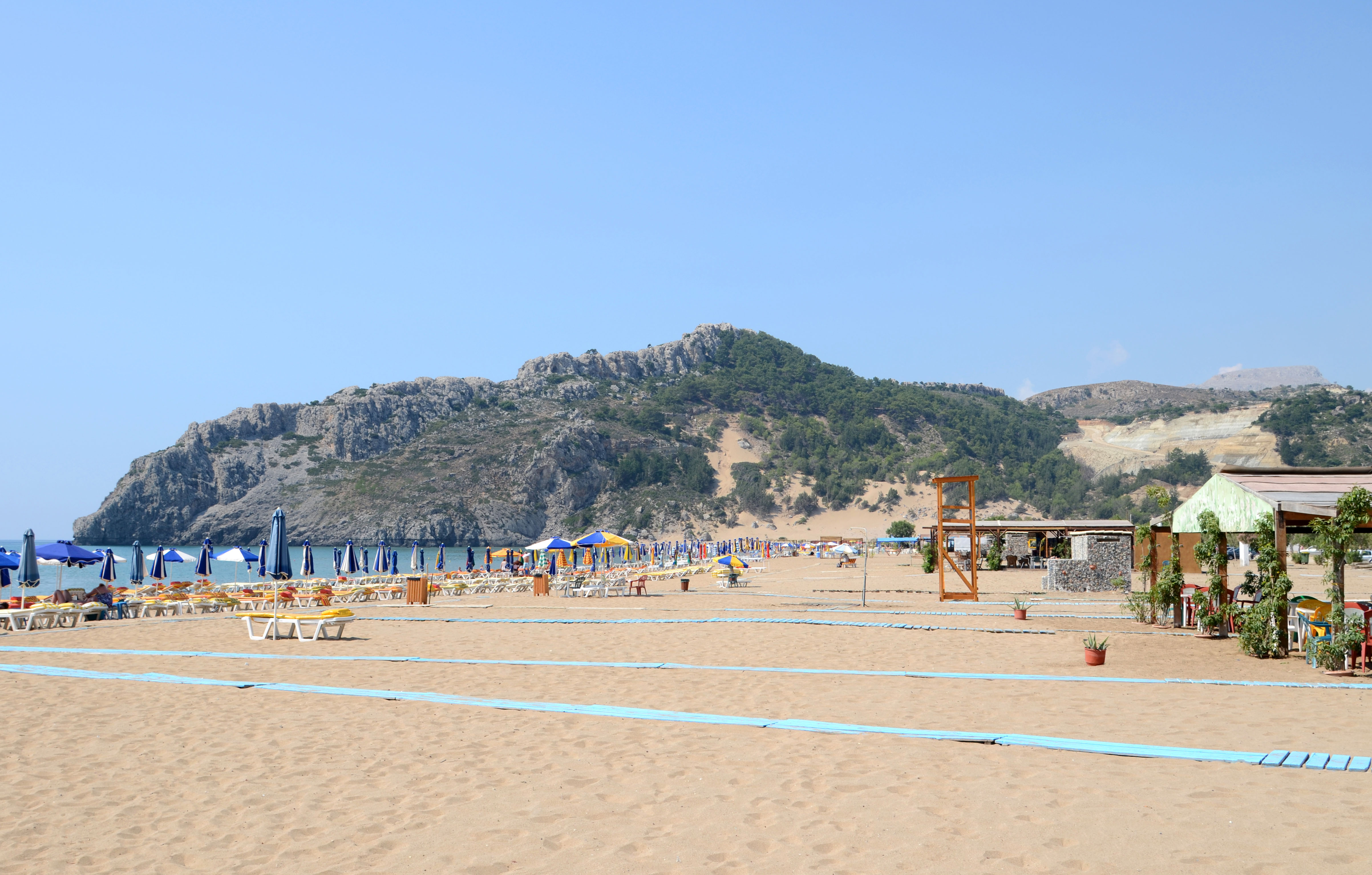 She said in an interview with Sky News: "We won't have much longer to wait to get the full announcement from the travel taskforce.

"I would suggest that people wait for that."

Advice on which countries should make the list will be made to ministers by the Joint Biosecurity Centre tomorrow, by no announcement is expected to be made until after Thursday because of local elections.

Holidaymakers are keen to book trips this week, following the announcement from the EU yesterday announced that it would be ready to welcome back British sun seekers from the end of this month.

But only a handful of European countries are expected to make the first round of the green list, including Malta, Gibraltar, Iceland and Finland. 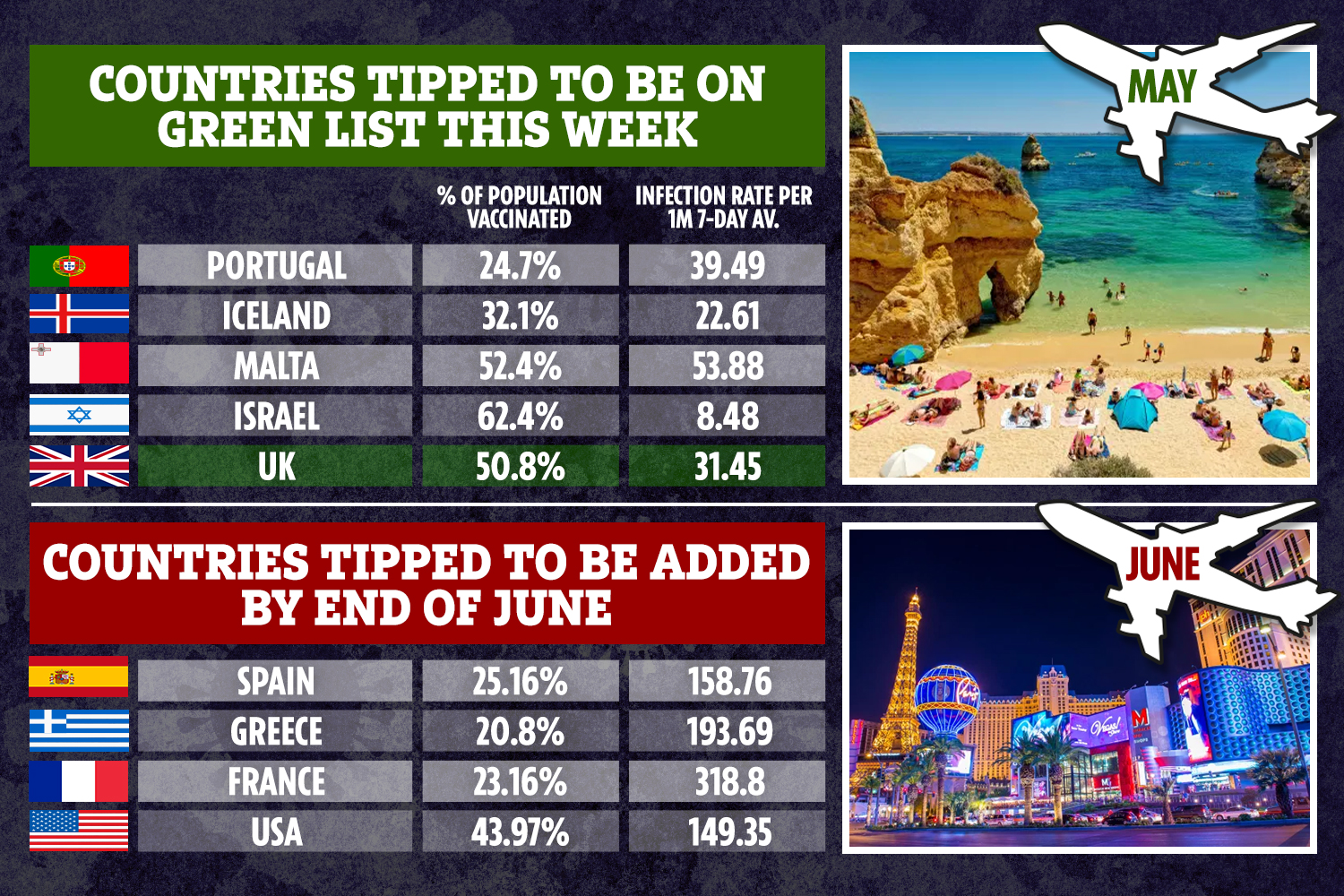 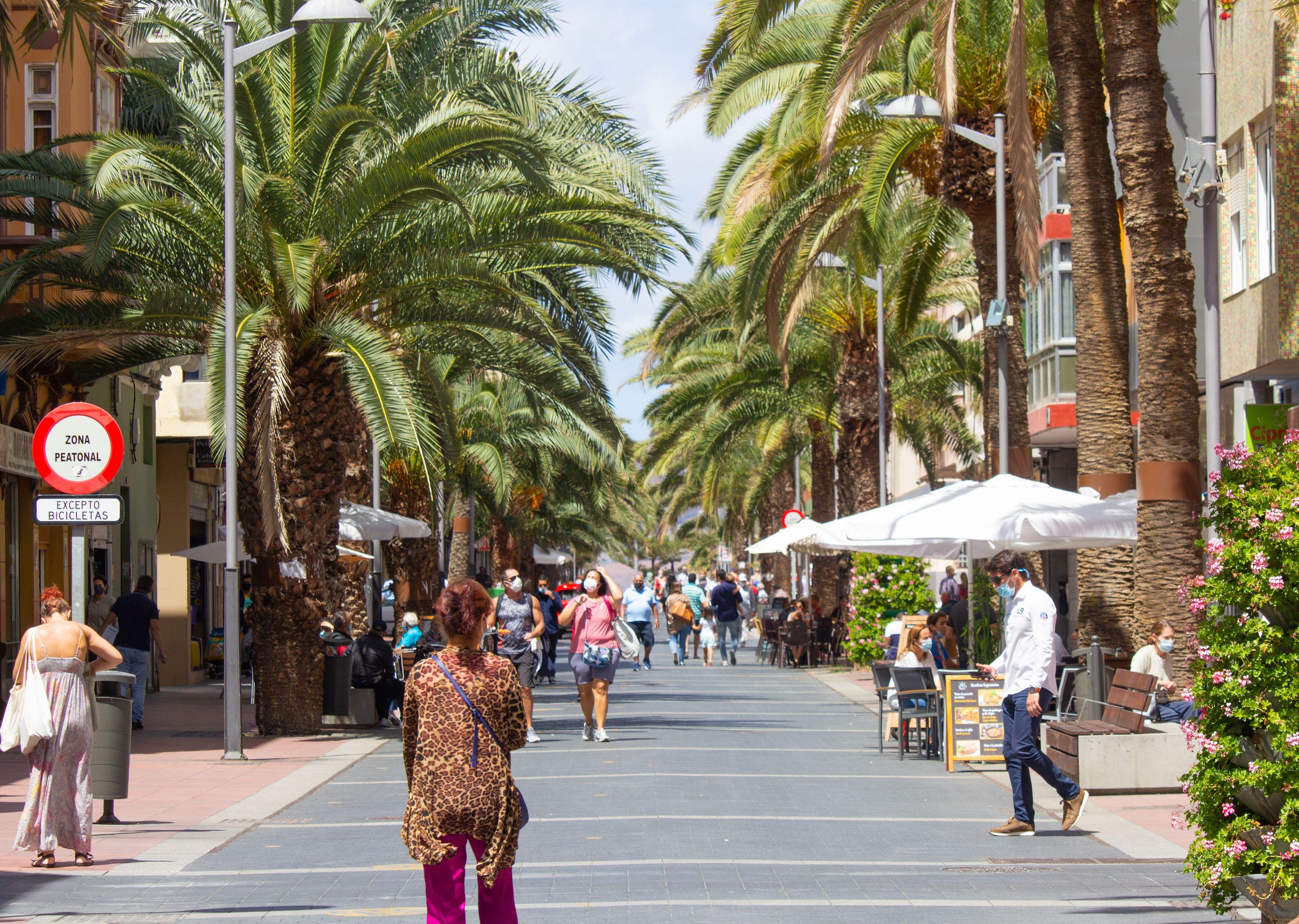 Portugal is  on the “cusp” of being put on to Britain’s green list, but not definite – a No10 insider said the country would go green “soonish” even if it missed out later this week.

Green zones will mean quarantine-free travel but tests before and after entry in to the UK.

Travellers from amber list countries will have to quarantine at home for 10 days on arrival and take three tests – one before arrival and two after.

Entry from red list countries will be outlawed still, with anyone coming through those countries forced to pay to be isolated in a hotel when they arrive at their own cost.

Holiday islands in Spain and Greece have been expected to be kept off the UK's "green" travel list – despite reporting fewer Covid cases than the mainland.

But the Foreign Office today removed its travel warnings for some Greek and Spanish islands – suggesting they could soon be welcoming back British tourists.

Greek islands Corfu, Crete, Kos, Rhodes and Zante, along with the Canary Islands in Spain, have all have their travel advice changed on the Foreign Office website.

Mainland Greece and Spain, along with France and the US, are expected to be on the green list by June in a summer holiday "big bang".

A number of destinations have already said they want Brits back – both Spain and Cyprus will welcome vaccinated Brits from June, while Portugal will restart tourism from mid-May.

Non-vaccinated tourists will still be able to travel, but will need a negative Covid test to enter.

Greece is already welcoming vaccinated Brits, and will allow tourists to use their NHS vaccine cards as proof.