HEATHROW Airport staff are to go on strike again this month for three days, causing misery for passengers travelling home for Christmas.

Baggage handlers, airside staff and security staff walked out earlier this month on December 1 for 24 hours. 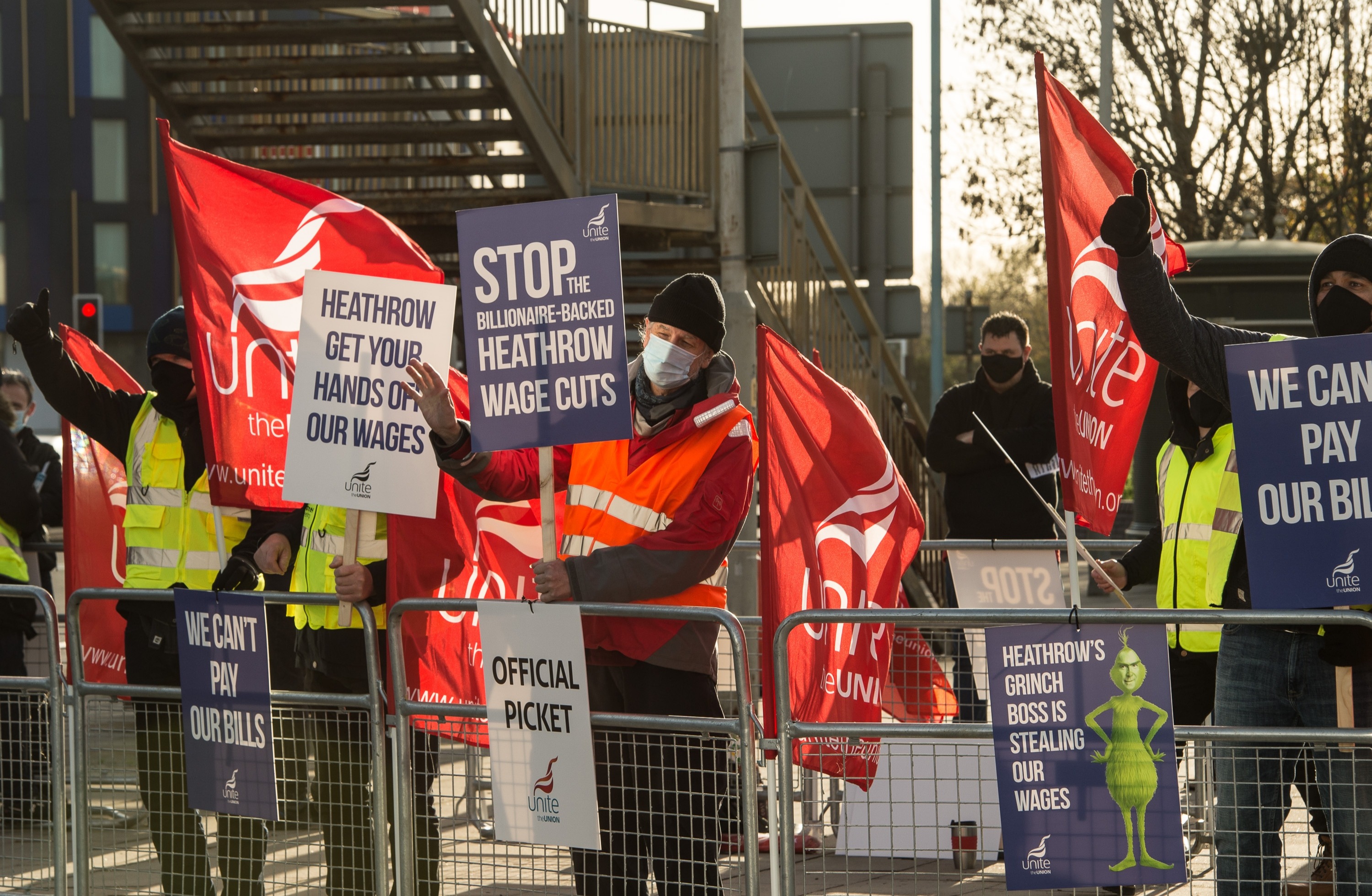 As many as 4,000 staff members are walking out due to new contracts being enforced by the airport.

Staff have been told to sign new contracts with a 20 per cent pay cut, which union Unite claim are up to £8,000, and will force staff to take the cut or to resign.

Airports have faced a difficult year with passenger numbers plummeting due to coronavirus – numbers were down 82 per cent last month, and are expecting to be even worse this month due to the lockdown.

"The airport is using the Covid-19 pandemic as a smokescreen to permanently cut workers’ pay." 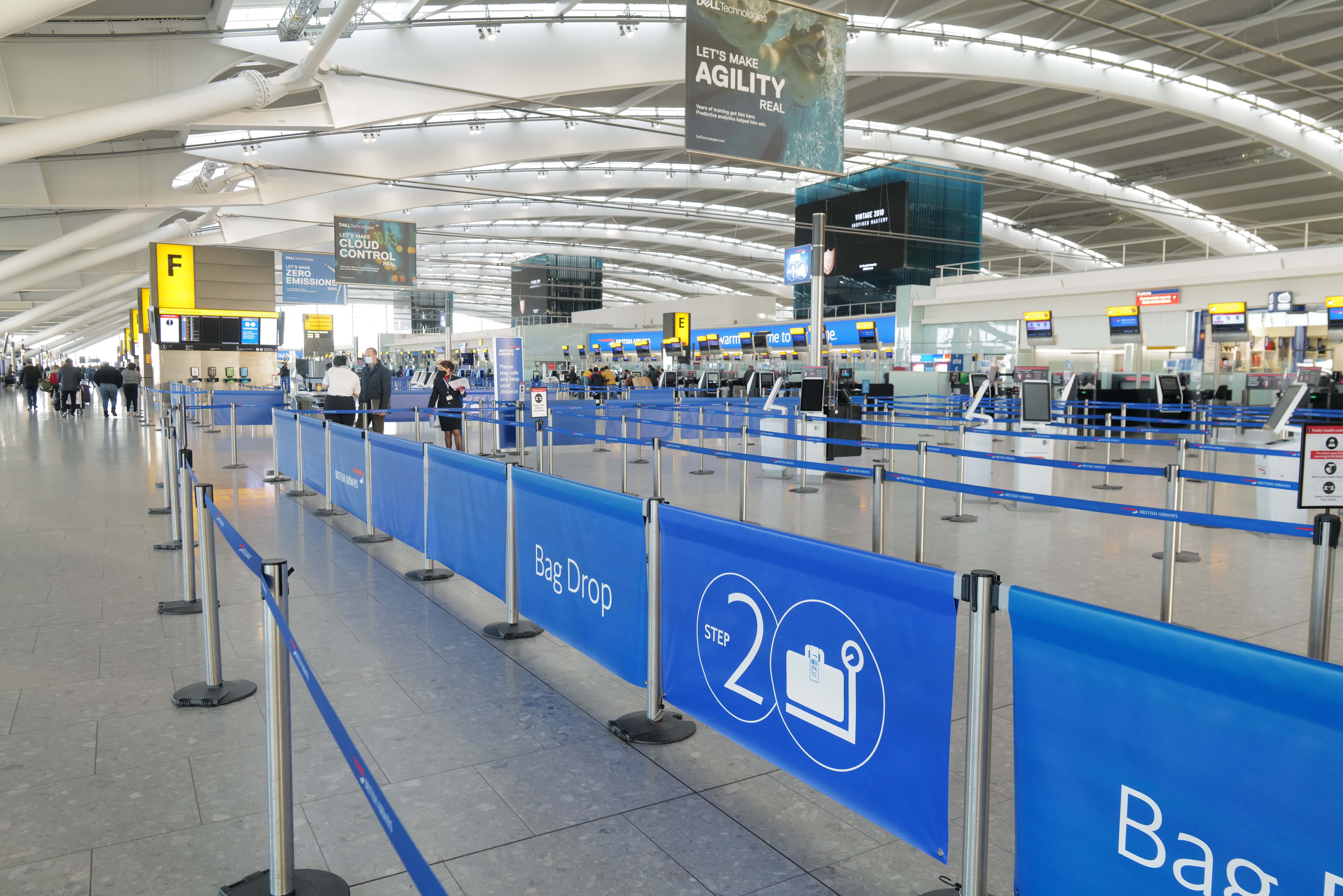 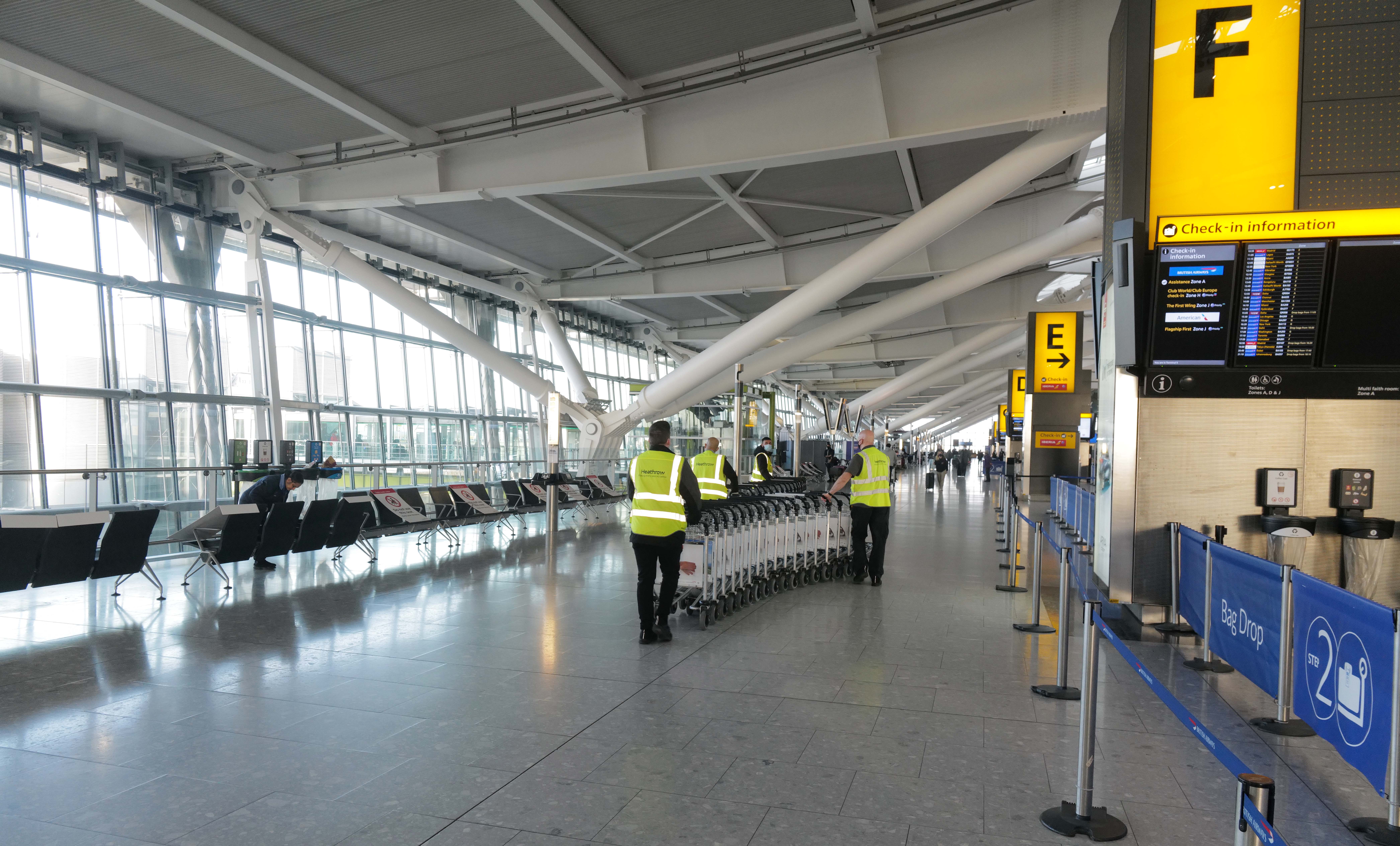 "Unite has put forward several alternative suggestions to reduce staffing costs on a temporary basis, all of which have been summarily rejected by management."

However, a Heathrow spokesperson said: "It’s very disappointing that Unite has decided to take strike action during the worst crisis to hit the aviation sector.

"Our focus has been to protect jobs – which is why we’ve offered every frontline colleague who wants one a job at a market rate salary above the London Living Wage, even despite a loss of over £1.5bn to our business so far this year.

"We do not believe this strike action is necessary, but have activated extensive contingency plans which will keep the airport open and operating safely throughout this period."

It follows Heathrow's plans to charge passengers £5 to be dropped off at the airport, with the charge to apply to all drivers entering the terminals, excluding blue badge holders and emergency vehicles.

It is yet to be implemented, but it is expected to be finalised in 2021.

Passengers who don't want to pay the charge will instead have to be dropped off at the long stay car parks, and travel to the airport via the free shuttle buses.

Huge queues formed at Heathrow Airport last month after desperate Brits attempted to get in a holiday before lockdown.

Once the busiest airport in Europe, Heathrow fell from the top spot due to the lockdowns and travel restrictions, with Paris' Charles de Gaulle overtaking.

More than 200 airports across the UK and Europe are facing closure, with regional airports hit the hardest by the lockdown.