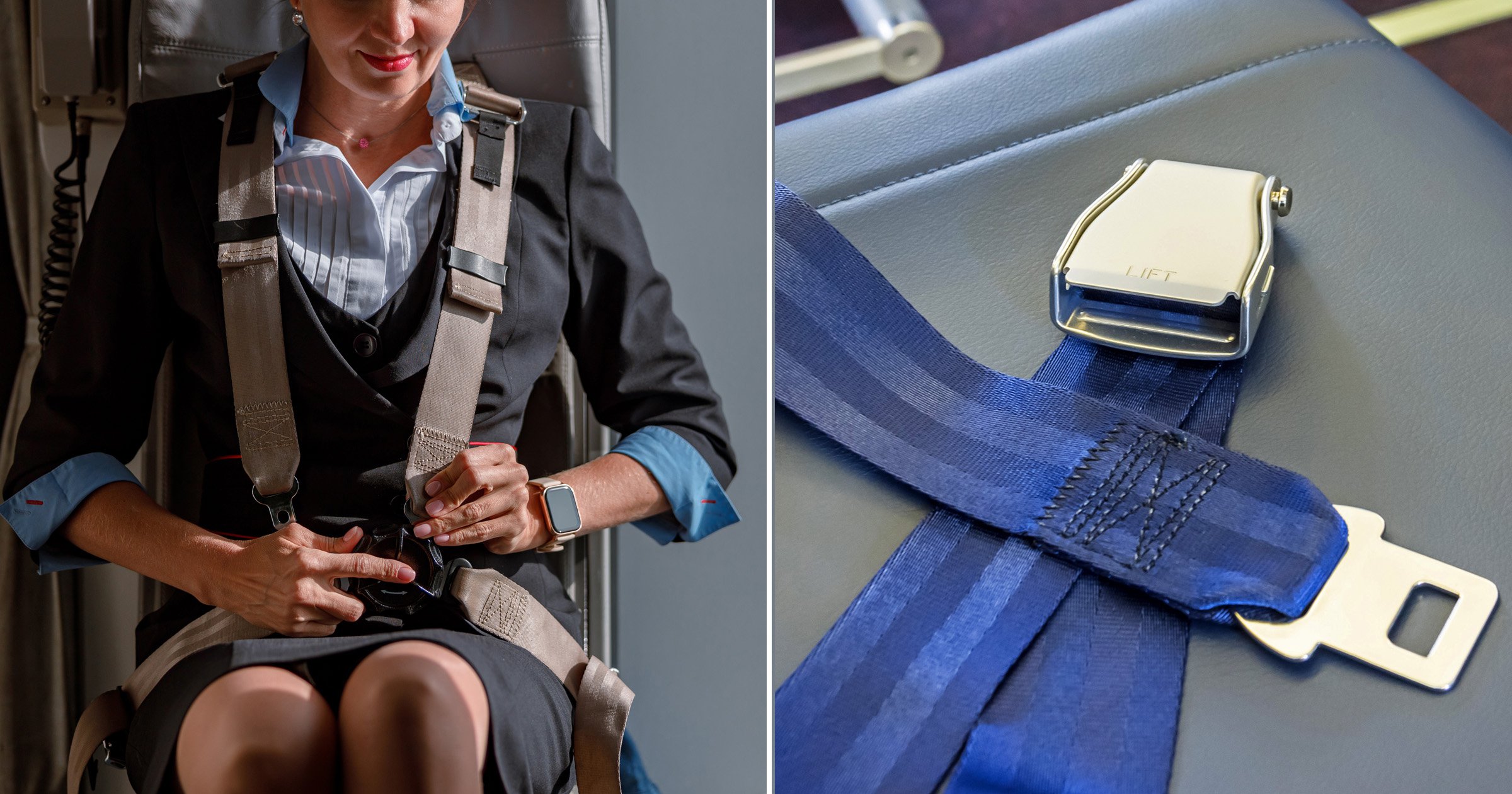 Ever wondered why passengers on planes just get waist seat belts while pilots and flight attendants get multiple straps?

But don’t worry, while it looks super simplistic, passenger safety is far from an afterthought.

According to a post on Aerosavvy.com, these waist straps are designed to work in tandem with the positions of the seats in front of passengers, with the backs of chairs built to help absorb impact and stop your body from reaching dangerous speeds – should the plane suddenly come to a halt.

This is why the brace position is so important – it will help reduce the likelihood that you will hit the back of the chair in front of you with enough force to hurt yourself.

Meanwhile, staff have seatbelts that both protect their torsos and allows them to be able to get out of their seats quickly to help passengers.

The pilot’s five-point harnesses have an extra ‘submarine’ strap that goes between their legs, which is designed to stop the force of a sudden landing from shooting their bodies forward under the control panel.

Why doesn’t everybody have the same seat belts?

Well, for starters, a single belt is a lot harder for passengers to secure incorrectly, either accidentally or on purpose, in an attempt to get more comfortable.

In addition to that, even adding a shoulder strap would mean the seats would have to be heavier to accommodate it.

So rather than reduce the number of people per flight – thus raising ticket prices too, in all probability – the seats have been designed to help do that job instead.

So there you have it – it turns out there are lots of variables at play.

Even knowing the ins and outs of the safety rules in place can do little to help some anxious flyers when they’re in the air.

If you’re still nervous, BWRT therapist and wellbeing coach from Warwick, Hannah Bailey previously told us how just one session helped her get over her own flying phobia, and shared other tips for making things easier on your nerves.