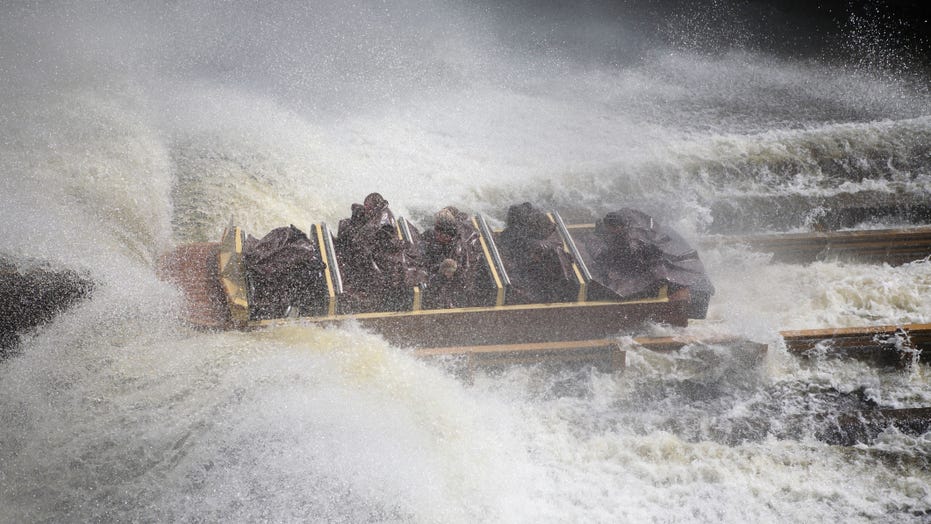 Fox News Flash top headlines for May 26 are here. Check out what’s clicking on Foxnews.com

Passengers were reportedly thrown from a ride when it malfunctioned.

The incident occurred at Castle Park in Riverside, CA, Saturday afternoon. There was apparently a malfunction on the Log Ride, which left three people injured. There are conflicting reports as to whether all three passengers were thrown from the ride or if it was just one.

The accident occurred when one of the ride’s water pump’s seemingly malfunctioned, Fox 11 reports. The pump was responsible for filling up one of the ride’s splash zones. While the incident is still being investigated, it’s believed that the malfunction caused the ride to travel at a faster than normal speed. Medical crews were able to remove all three of the riders from the water.

Riverside City Fire Department Battalion Chief Bruce Vanderhorst told KTLA 5 that one of the victims, a woman, was taken to a nearby hospital in critical condition. The other two are being treated for minor injuries. According to some reports, the three riders were a family.

According to some guests, the ride had been closed earlier in the day but reopened before the alleged malfunction occurred.

The City of Riverside Fire Department posted a photo of the ride to Facebook, with the caption, "On Saturday, May 25th, 2019 at 4:36 p.m., the City of Riverside Fire Department responded a technical rescue response to 3500 Polk Street at Castle Park for reports of a log ride flipped over with approximately three patients with one female patient ejected from the ride. Firefighters arrived to discover Castle Park EMT’s removing the patients from the ride with no riders trapped. There was a total of three patients, one adult female, one adult male and one male child. The adult female was in critical condition, adult male in moderate condition, and the male child in minor condition. The patients were transported to Riverside Community Hospital Trauma Center."

Earlier this year, an amusement park in New Jersey made headlines when two test dummies were reportedly thrown from a roller coaster during a test run. The incident occurred on the GaleForce Roller Coaster at Playland in Ocean City, N.J. According to the park’s vice president, both water-filled dummies were leaking, causing them to shrink in size during the test run. This caused them to be thrown from the ride, as opposed to a malfunction or issue with the ride itself.