It’s time to wake up and smell the coffee! The best places to get your caffeine fix in New York

Every week, our Holiday Hero Neil Simpson takes an in-depth look at a brilliant holiday topic, doing all the legwork so you don’t have to. This week, he reveals the best places for coffee (and people-watching) in New York.

Making the most of the city that never sleeps requires plenty of shots of caffeine. As well as the ubiquitous Starbucks (which native New Yorkers leave for teens and tourists), the city has a thriving scene of independent coffee shops and mini-chains to help serve it.

Here, in the spirit of Central Perk and the episodes of Friends, are The Ones to choose. 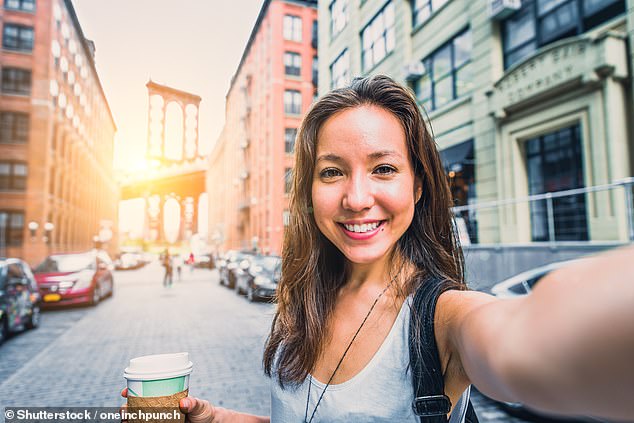 As well as the ubiquitous Starbucks, the city has a thriving scene of independent coffee shops and mini-chains to help serve it

The One with the best snacks

Racks of freshly baked cookies lure you into the three branches of Culture Espresso near Macy’s in Mid-town Manhattan. The cafe holds the ‘best chocolate chip cookie in the city’ award from Delish magazine and lets you order them online if you want to be sure they won’t run out before your visit. The cafes themselves are friendly, have big windows, lots of space and jolly takeaway cups.

The One with sunny seating

If you find yourself in Soho on a warm day, look out for the lime-green store front of Ground Support – the company has been roasting its own beans since 2009. There are communal tables inside and a few prime places outside to people-watch in the sun.

The One that moves 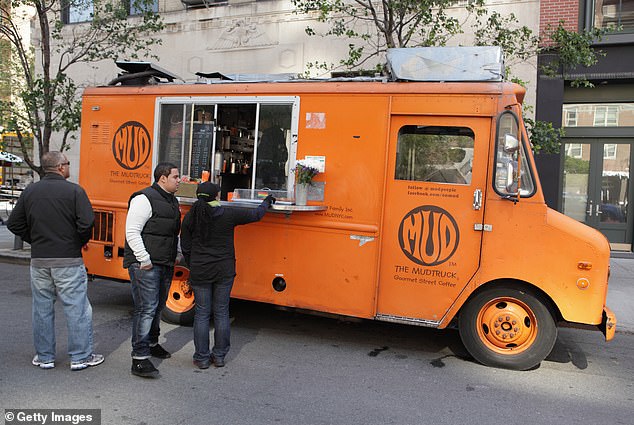 Mudtruck (pictured above) is a bright orange mobile coffee van

Its name might be Mud, but it’s one of the most colourful coffee houses in the city. There’s a whiff of the 1960s in the rainbows that adorn the menus and merchandise. The firm comes in three forms: Mudspot (a cafe in the East Village), Mudpark (a wooden kiosk nearby) and the mobile Mudtruck (a bright orange coffee van that could be anywhere), meaning you’ve got triple the chance of finding its cheerful baristas.

The One with cocktails too

During the day, the family-friendly Abraco cafe (just south of the landmark Strand Bookstore in Gramercy Park) welcomes serious coffee lovers and a happy lunch-time crowd. In the early evening, the coffee bar becomes an aperitivo bar, the baristas become barmen – and jazz lures diners looking for some tapas-style food and puddings such as honey- saffron cake.

The One near expensive shops 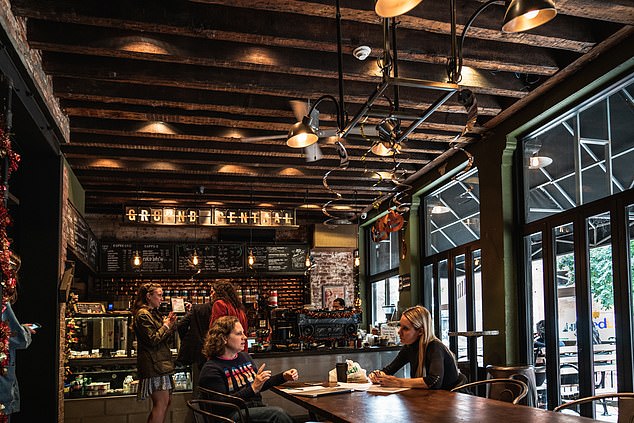 If your shopping bags from Fifth Avenue get too heavy, find a sofa at Ground Central on Lexington Avenue just a few blocks from Bloomingdale’s. The Australian owners play vintage rock ’n’ roll ‘to connect yesterday’s music with today’s coffee culture’ and say the cafe is their ‘love letter to New York’.

The One with the spoons

A set of tortoiseshell teaspoons made an Instagram sensation out of the tiny Happy Bones in the Nolita district. The images (alongside cups of carefully crafted coffee) went viral, and while the spoons have temporarily disappeared (borrowed by customers, not stolen, say the owners, who are trying to source replacements), the cafe remains a huge draw.

The One you travel to

Just across the East River in booming Brooklyn, all the buzz is about Sey Coffee, a bright, light coffee house with a ‘micro-roastery’ in the back. The owners are coffee-obsessives (as the detailed descriptions on their website and menu boards suggest) and they share the love on the first Sunday of each month when £20 gets you coffee, a tour of the roastery and a bag of fresh beans to take home.