Revealed: The holiday destinations where your pound will go furthest, and it’s Turkey that offers the best rate, followed by Mauritius and Jamaica

British travellers will find that their pound will go furthest in Turkey, where they’ll get over £210 extra on a £500 transaction compared to March 2020 when lockdown began, a gain of 73 per cent.

In terms of exchange rate value, the report names Jamaica as the second-best location for Britons. There, £500 will buy them an extra £127 of currency, a 34 per cent gain since the first lockdown. Mauritius is third in the ranking with a 29 per cent gain – that’s £111 more to spend on a £500 transaction – and Kenya is fourth, with a £99 gain. 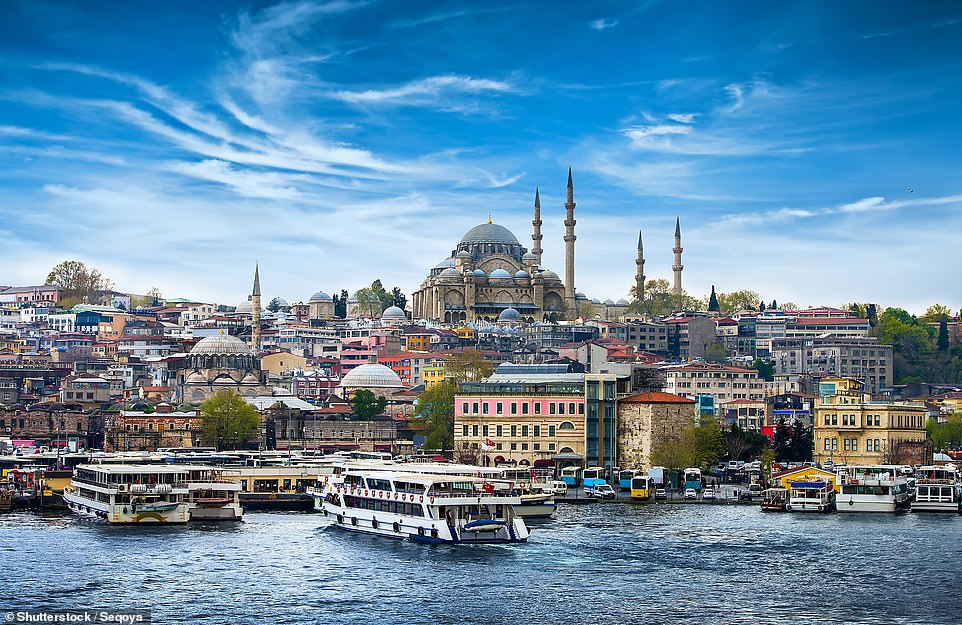 Britons will find that their pound will go furthest in Turkey, where they’ll get over £210 extra on a £500 transaction. Pictured is the Turkish city of Istanbul 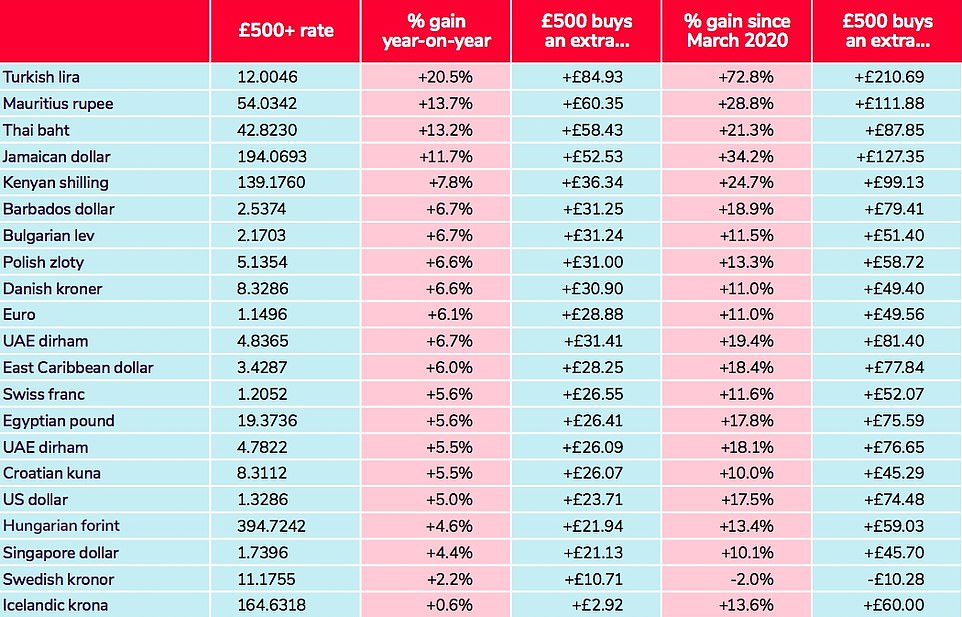 Pictured is the Exchange Rate Monitor report, which shows a comparison of rates for the bestselling Post Office currencies for the countries open to UK visitors. Current rates are compared with those 12 months ago and in March 2020, when lockdown started

The country topping the ranking for the 10 cheapest long-haul holiday destinations is Jamaica, specifically the country’s Montego Bay area. There, the cost of a three-course meal for two and a range of drinks is just £52.82. Grand Baie in Mauritius is the second-best value with a total of £55.19 for the combined price of the meal with wine, beer, coffee and water.

Thailand takes the bronze medal for value. On the Thai island of Phuket, Britons will pay £61.45 for the assortment of food and drink.

Two US destinations make the top 10 – the same basket of goods will set you back £61.51 in fourth-place Orlando, while New York comes ninth with an average cost of £88.22.

Commenting on the holiday costs in these long-haul destinations, Nick Boden, Post Office Head of Travel Money, says: ‘The strength of sterling is a real bonus, but it is also important to consider the cost of living in individual countries. 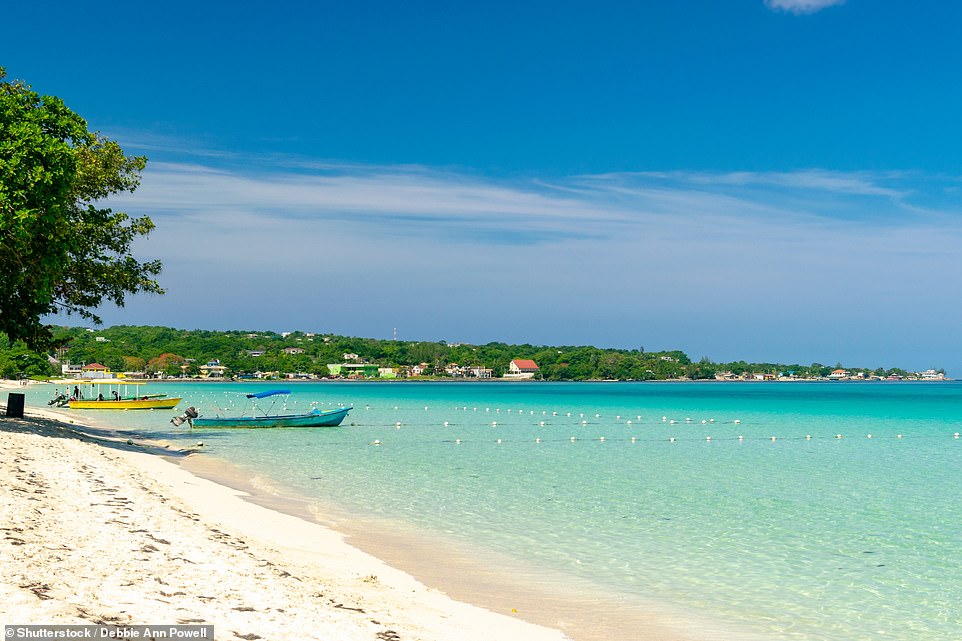 In terms of exchange rate value, the report names Jamaica as the second-best location for Britons. Pictured is the country’s Seven Mile Beach in Negril 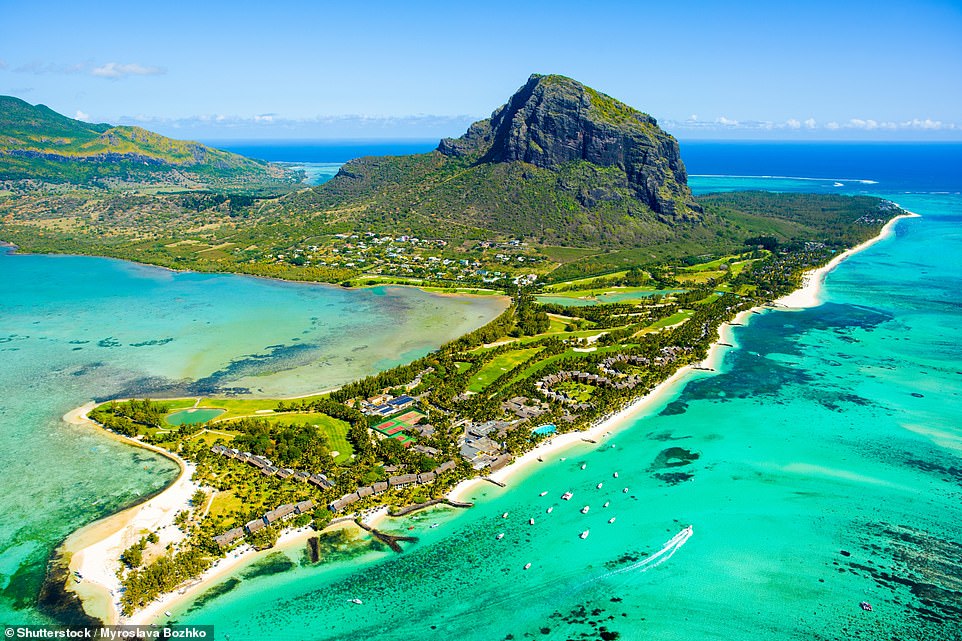 Mauritius, pictured, is third in the Exchange Rate Monitor ranking with £111 more to spend on a £500 transaction 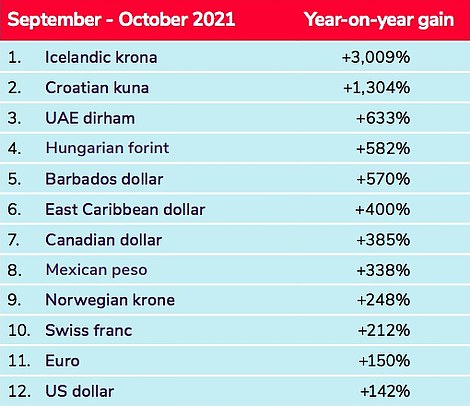 ‘When you combine the two, Jamaica and Mauritius look like winter sun winners according to our barometer of resort costs.

‘Prices for meals and drinks are 79 per cent higher in Barbados than in Jamaica. Similarly, when you compare costs in the most popular US destinations, visitors to Orlando in Florida will pay around a third less than in New York.’

Iceland tops the list of the fastest-growing currencies in the Post Office currency sales trends report, with sales of the Icelandic krona shooting up by 3,009 per cent compared with September and October last year.

According to Post Office Travel Money, there was also pent-up demand for winter sun holiday destinations that were released from the UK’s Covid restrictions. Sales of the Croatian kuna are up 1,304 per cent, boosted by demand during the school half-term holiday. 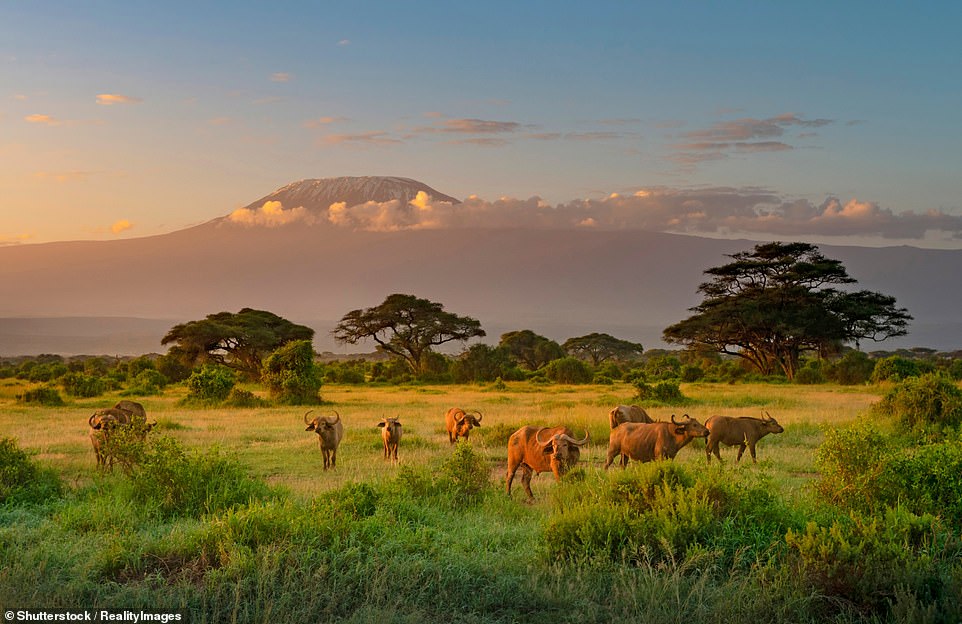 Pictured is the Amboseli National Park in Kenya, where Britons will get a £99 gain on a £500 transaction compared to March 2020 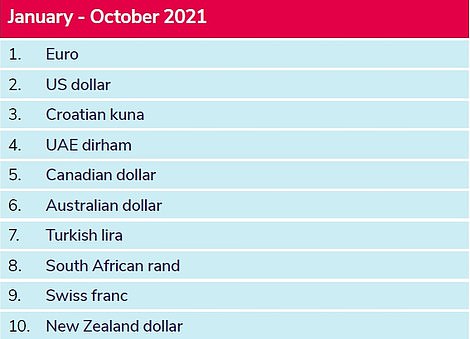 The overall fastest-selling currencies, according to Post Office Travel Money

A steep rise of 633 per cent in UAE dirham sales also suggests Britons will be heading to Dubai for winter sun, the report finds.

The Hungarian forint is up 582 per cent, and St Lucia, Antigua and Barbados also look like popular choices for sun holidays, with currency sales that more than quadrupled year on year.

The euro was the overall bestseller, though, from January to October 2021, with sales trebling since the start of the summer. Compared with September and October last year, euro sales have risen by 150 per cent.

The US dollar – of which sales have almost doubled since June – is the second-most popular currency. According to Post Office Money, US dollar sales surged by 142 per cent after the USA confirmed that UK tourists will be able to visit the country from November 8.

The Croatian kuna is the third bestselling currency, followed by the UAE dirham and the Canadian dollar.

According to Post Office Money, there has been healthy sales growth for almost all major holiday currencies since the start of summer.

A year-on-year rise in the value of sterling helps to explain the upturn in sales of some currencies – the pound has risen year on year against 25 of the Post Office’s top 30 currencies, the report finds.

The report also reveals that Britons are continuing to take more foreign currency when holidaying abroad. The average Post Office transaction on euro purchases is now up 39 per cent to £462.

Boden adds: ‘Looking at our currency sales, the green shoots of recovery are now evident for most of the destinations now opening up to British visitors again and reveal a latent demand for hotspots in Europe and further afield.’