Italy’s enchanting forests: Spellbinding images show the beauty of the country’s stunning woodlands throughout the seasons

But its fairy tale-like forests are just as spellbinding- as these jaw-dropping images show.

They were all snapped in enchanting woodland areas across Italy throughout the seasons and entered into the 2019 Experience Forests photo contest run by the Italian branch of the Programme for the Endorsement of Forest Certification (PEFC).

More than 350 photos were entered into the competition, which aimed to show the diversity of Italian woodlands, with the winners being chosen by a jury of foresters, photographers and an Instagram vote.

The overall winner was Sonia Fantini for her autumnal image of Bordaglia Lake at Forni Avoltri close to the Austrian border. Davide Noia also scooped a prize for his serene early-morning snap of a forest in Biella in the Piedmontese Alps, in northern Italy. 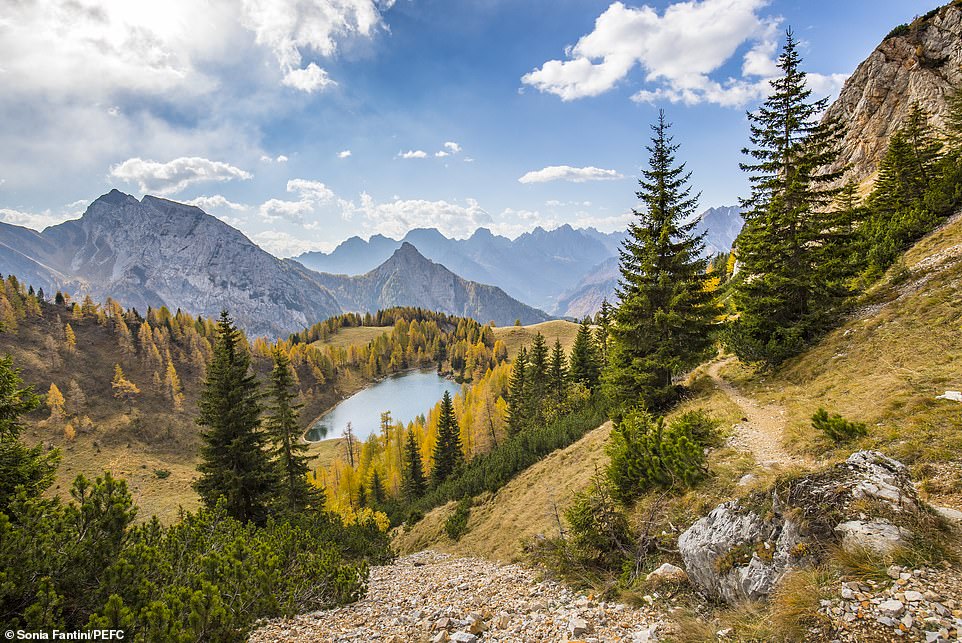 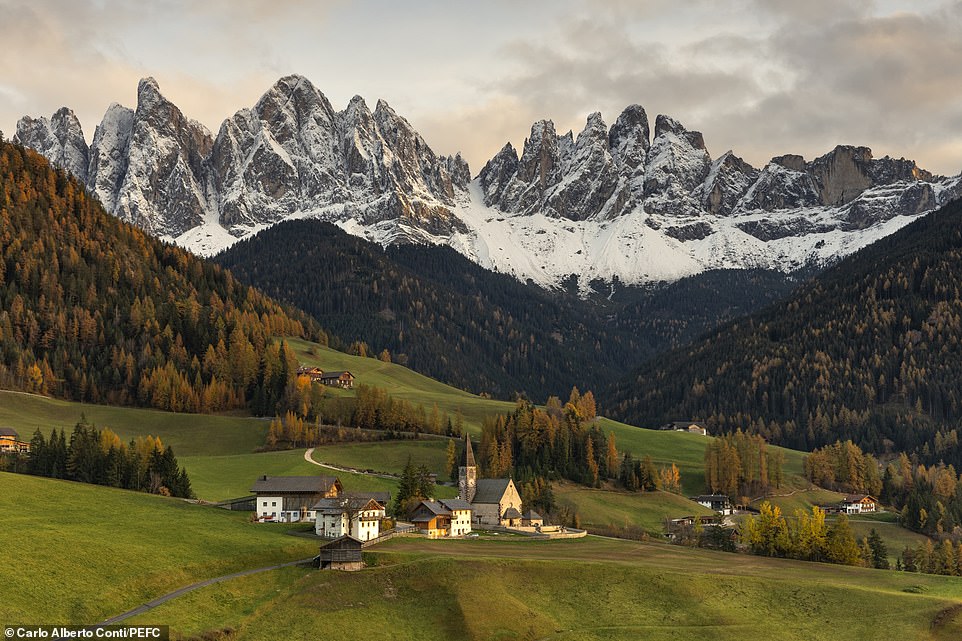 The village of Santa Maddalena, in the Funes valley in the Dolomites, captured by Carlo Alberto Conti. The area is popular with hikers and cyclists 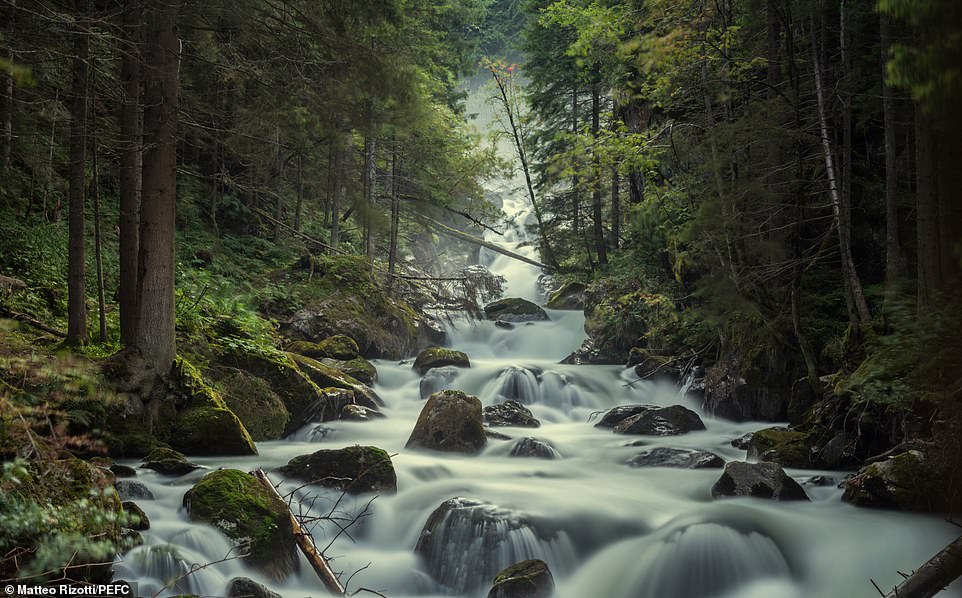 Northwest of Pinzolo is the Val di Genova, one of the most beautiful areas of the Alps, known as the valley of the waterfalls. Matteo Rizotti captured one of them along the 16-kilometre (10 mile) Sentiero delle Cascate – the Waterfalls Trail 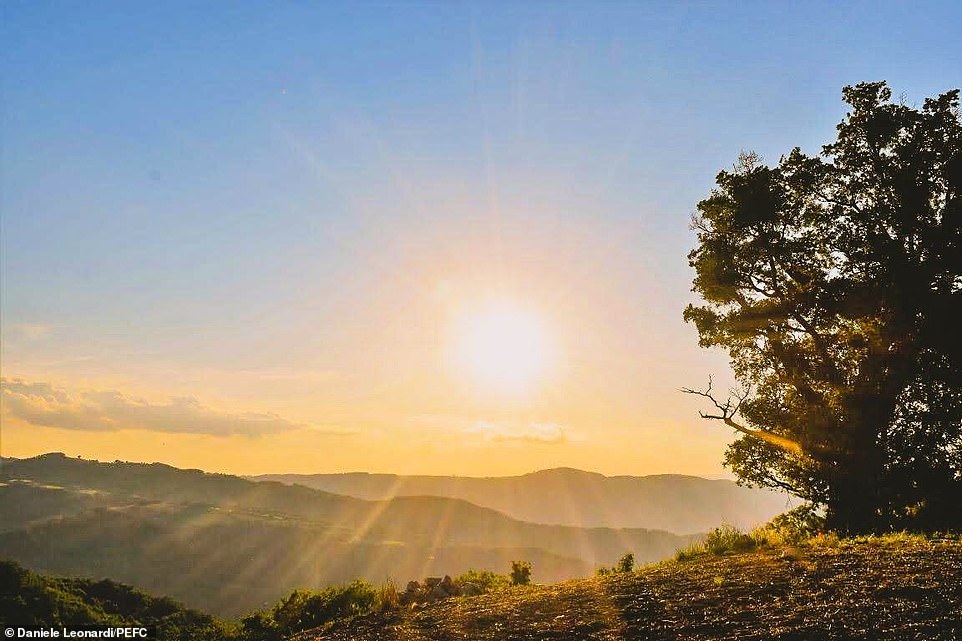 Gambatesa, pictured, is a commune in the Province of Campobasso in the Molise region, located about 20 kilometres (12 miles) southeast of Campobasso. This beautiful sunset was captured by Daniele Leonardi 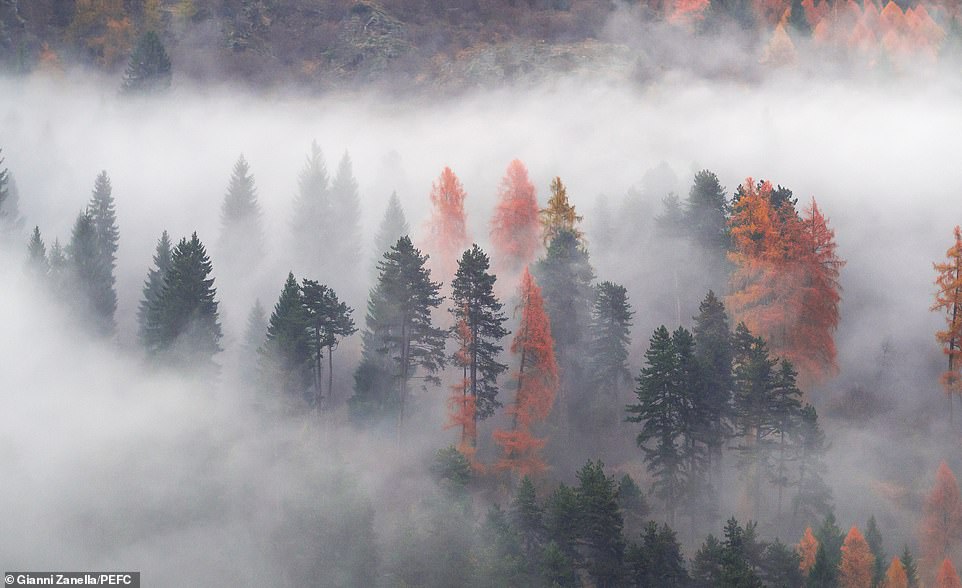 This forest shrouded in mist was shot by Gianni Zanellain Ossana, a commune in the northern Italian region of Trentino, about 40 kilometres (24 miles) northwest of Trento