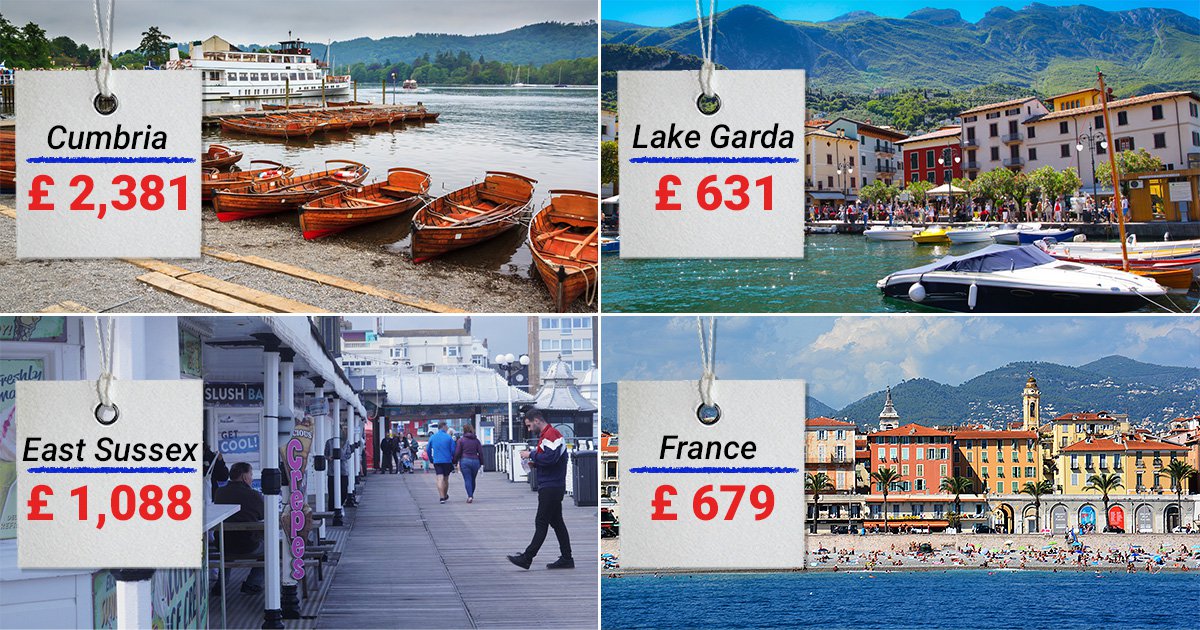 Holidays in the UK are almost always more expensive than similar European breaks — sometimes by hundreds of pounds — says a watchdog.

‘Unscrupulous’ providers have been blamed for inflating prices amid higher demand, as millions of families have been forced to book a staycation this year because of Covid restrictions.

Which? compared August prices for British destinations with their equivalents in Europe.

It found seven nights in a highly rated hotel at Italy’s Lake Garda cost £631 — while the same stay for two people at Lake Windermere would set tourists back £2,381.

The average staycationer travels 310 miles, spending £43 on petrol, compared to £171 for two return flights to Italy. But even with these costs factored in, the Lake District holiday was still over £1,600 more expensive.

A seaside stay in Nice, France, was also cheaper than opting for a hotel in Brighton, at £679 versus £1,088 — and the UK spot was again still more expensive with transport factored in.

The only UK holiday Which? found that beat its Europe equivalent was a beach break in Tenby, Wales — just £10 cheaper than soaking up the sun in Estepona, on Spain’s Costa del Sol.

Data from AirDNA shows self-catered accommodation in the UK cost 41% more this August than it did in 2019.

‘Holidaying at home has always been expensive, but the situation has become far worse during the pandemic and it’s no wonder many people have felt priced out of a holiday this year,’ said Rory Boland, Which? travel editor.

‘The reasons are complex, but it is hard to avoid the conclusion that some unscrupulous accommodation providers are charging over the odds.’

He advised booking further from popular destinations or travelling out of season to cut costs.