Swedish state-owned railway operator SJ reported an 11 per cent rise in 2019 passenger traffic, saying concerns over the environmental impact of air travel have contributed to the spike.

The Swedish-born movement of ‘flight shaming’ – or ‘flygskam’ in its native tongue – calls for curbs to air travel due to its environmental impact, and has gained prominence over the past year. The campaign has already begun affecting markets such as Germany and Sweden, with more passengers choosing the train over flying.

‘We got a push from the environmental aspects,’ SJ President and CEO Crister Fritzson told Reuters. 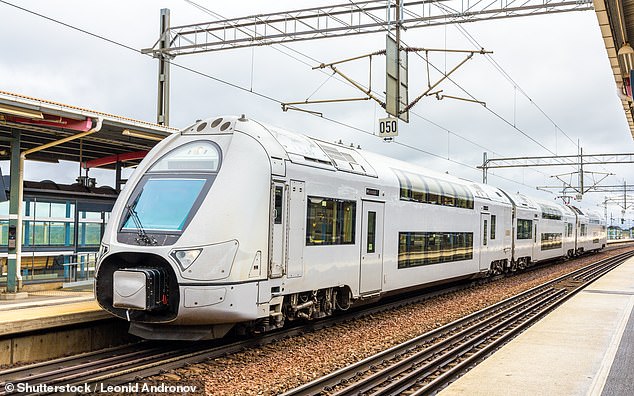 WHAT IS ‘FLIGHT SHAMING’?

Flygskam – or flight shaming – originated in Sweden in 2017 when singer Staffan Lindberg pledged to give up flying.

The movement gathered pace when teenage environmental activist Greta Thunberg sailed across the Atlantic instead of flying in 2019 and backed the campaign.

A survey carried out by Swiss bank UBS said that one-in-five people asked in several European countries said that they had decreased the number of flights they took in the previous year due to environmental concerns.

Fritzson listed improvements in booking and payment services and punctuality as other factors that helped the railway boost traffic and win market share from airlines on important domestic routes, such as the one linking Stockholm with Malmo, Sweden’s third-largest city.

Last month, Sweden’s state-owned airport operator Swedavia reported a four per cent drop in air travel in 2019, with the decline led by a fall in domestic traffic, and cited environmental concerns as one of the reasons behind the decline.

SJ said the number of journeys completed last year with the railway rose by 2.5million to 34.3million. Fritzson added that the trend looked set to continue in 2020, which would require government investment in the expansion of the country’s rail network.

Other European rail companies have also seen increases in traffic last year, with some announcing plans to invest in their capacity.

SJ said earlier last year it would invest 12 billion Swedish Krona (£949million) in new trains in the coming years, while Deutsche Bahn and the German government last month agreed to invest 86 billion Euros (£71billion) over the next 10 years to upgrade its rail network.