Kids will be treated to mince pies, hot chocolate and early Christmas presents on board these festive Santa steam trains.

From Christmas-themed rides around Derbyshire’s countryside to glowing journeys through the Northern lights, Santa will be stopping-off at stations all over the country this December. 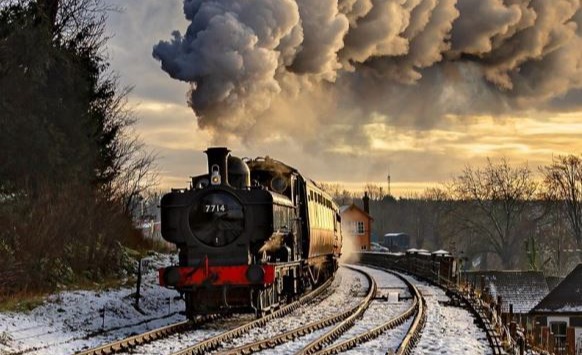 There's still time to book these top Santa steam train rides — but be quick, they're selling like hot mince pies.

Hop on board the Polar Express and step straight into a scene from the 2004 film.

Dressed in your comfiest pyjamas, you’ll cosy up in cabins with mugs of hot chocolate and cookies as a jolly conductor, elves and singing chefs retell the story of The Polar Express.

Trains depart from stations all over the UK, including some in Devon, Yorkshire, Oxfordshire and Norfolk and prices vary.

Some locations have sold out already, but there are still tickets available for Spa Valley Railway in Tunbridge Wells, South Devon Railway, Mid-Norfolk Railway and Wensleydale Railway in Yorkshire — they're selling fast though.

Severn Valley Railway's Enchanted Express has been inspired by the traditional poem 'Twas The Night Before Christmas.

Departing from Bridgnorth Railway station in Shropshire, you'll listen to Christmas stories narrated by actress Dame Judie Dench from the comfort of a private compartment.

Tickets cost from £110 for a compartment for four. Guests can also book Treat Boxes for £15.95 which include finger sandwiches, sausage rolls, chocolate roulade and shortbread biscuit, among other goodies.

You'll feel in festive spirits before you even board Bluebell Railway's Santa Special steam train, greeted by festive tunes and Christmas punch on the platform.

The two trains depart from Sheffield Park and East Grinstead to Horsted Keynes with mince pies and chocolate coins on board.

Tickets start at £130 for a standard-class cabin or £170 for a first-class cabin and all child ticket-holders receive a gift from Santa.

In festive Victorian carriages, guests will travel ten miles from "Santa’s North Pole station" in the Isle of Wight and through scenic woodland.

You'll have the chance to buy last-minute gifts from the Railway shop while you wait for one of Santa's little helpers to show you to your seat — there are plenty of mince pies too.

Trains depart from Isle of Wight Steam Railway and tickets cost £16.75 per adult and from £10.75 per child.

The Santa Special at the Brecon Mountains Railway takes kids all the way to Father Christmas's grotto in the small village of Pontsticill, Wales.

The Timetable and prices haven't been announced yet, but keep an eye-out on the website for updates. 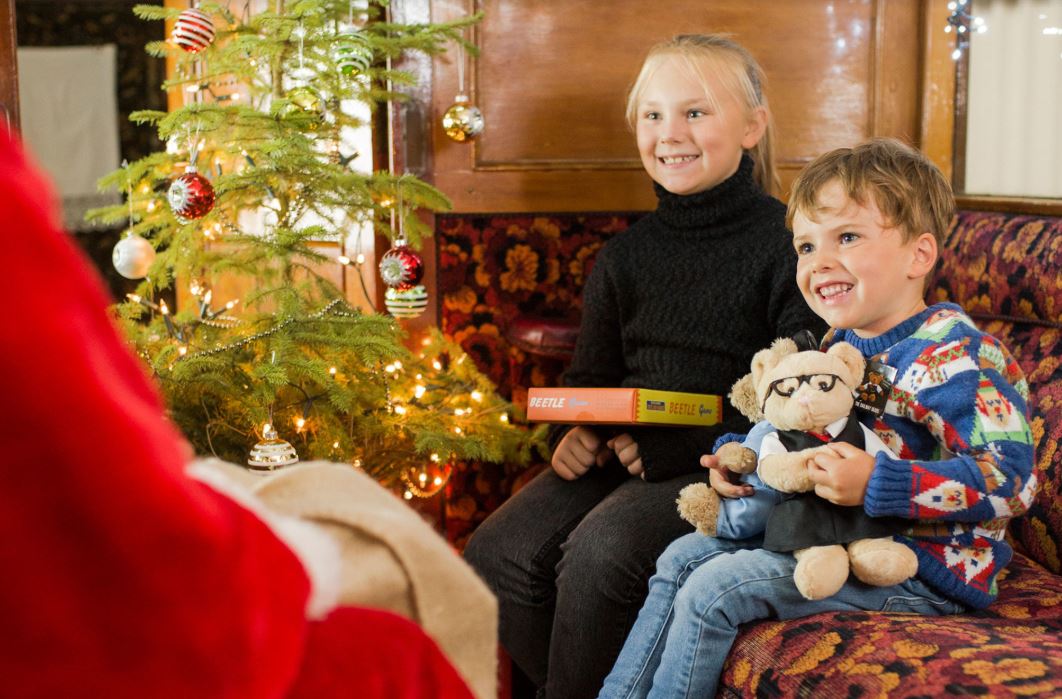